Couples on campus show their love in unique ways 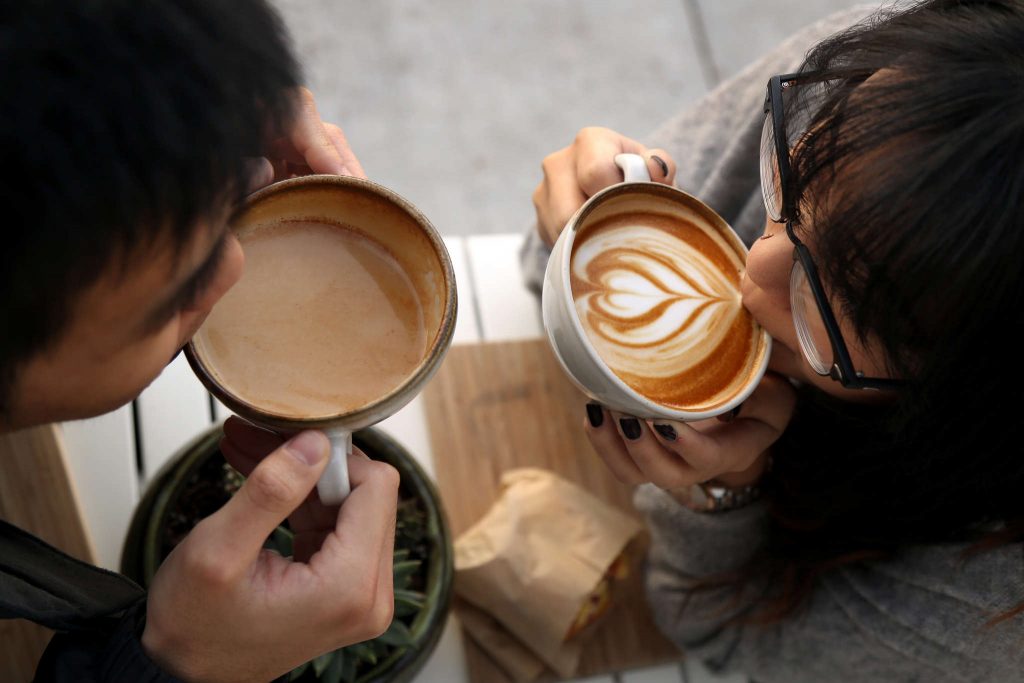 Note: A name in this article has been changed in order to preserve the source’s privacy. The source will be referred to as “M”.
As many celebrate Valentines Day around the world, some SF State couples demonstrate that love can succeed in a variety of nontraditional ways.

Marc Wheeler, 22, and Harleen Dhillon, 21, both nursing majors are crazy about each other. They have been in a romantic relationship for over three years and have lived together for the past three years. They face challenges as a interracial couple, Indian and African American, yet they see it as a blessing because they get to discover a different culture.

“I fear not being accepted in a new culture especially by his parents,” Dhillon said.

Wheeler has learned a few words in Punjabi and the Indian’s cultural traditions such as wearing a Kurta Pyjama, a male India suite.

“Within the Indian culture marriage is the first step when meeting someone,” said Wheeler.

“We have talked about marriage, but we don’t want to push it, we want to establish ourselves as individuals before we become an entity,” Dhillon said.

They have taken all their major classes together and worked together at the San Francisco Aquarium of the Bay. Wheeler and Dhillon will graduate this semester.

“M” and Rachel Tallon are one of many unique couples on campus who show that being together is not about labels but rather about being comfortable and in love.

After only two and a half months of long-distance dating, same-sex couple “M”, 25, and Tallon, 21, made the decision on their first date to become official. The two decided to move in together shortly after.

“We got very close talking and texting over the summer,” Tallon said. “But after finally hanging out in person we decided to seal the deal. We had such great chemistry.”

Tallon felt there was something missing in her past relationship and has always been curious about women. It wasn’t until she met”M” at The Pub at SF State in April of last year that her curiosity was finally satisfied and she discovered exactly what she was missing.

“I don’t really know what I am,” Tallon said. “Bi is just the first word I use because it’s still all new to me. All I know is that I really am in love with Myka and I only want to be with her.”

This is Tallon’s first relationship with a woman and despite feeling afraid of being “inexperienced,” she said she is a lot more comfortable being with a girl.

“What makes our relationship unique is that we’re best friends,” Tallon said. “We get a long so well and we have a lot of fun together.”

“M” moved to Southern California after graduating but returned to San Francisco to be with Tallon.”M” identifies herself as lesbian but said she usually dates girls who identify as heterosexual.

“It’s something I always kept in the back of my mind,” she said, “but as the relationship progresses it doesn’t matter (if they identify as gay or straight) as long as the other person is loyal and feels the same.”

Tallon said that her friends reacted to her dating”M” in the same way they had responded to previous dates, and even her parents are excited to meet her new partner.

“I guess in a way (dating Myka) is like coming out for me,” Tallon said. “My family has been so supportive of us. I’m really lucky.”

While both parties receive support from those closest to them, the same cannot be said for the individuals Tallon and”M” encounter on a day-to-day basis.

“If we’re making out at a bar it’s because we want to,” Tallon said. “Our relationship isn’t for you.”

“M” said that being in a same-sex relationship is different because people don’t restrain from expressing negative opinions about them in public, even if they are complete strangers.

“People try to treat you like you’re the elephant in the room,””M” said. “But it’s just like any other relationship. It’s commitment, trust and honesty.”

Adrian Chen, 19, BECA major and Tina Huang, 20, international business major met a year ago in a club at SF State called Intervarsity Christian Fellowship. They consider their relationship spontaneous because when they initially met they did not know they would be dating a year later.

“We don’t really plan out dates we just go with the flow of how we are feeling,” Huang said.

They first bonded over a game of table tennis at a conference in Occidental California hosted by the club. Since then they have been in a romantic relationship for about three months. For dates they enjoy getting boba their favorite Taiwanese drink at Super Cue on Taraval Street.

Like Tallon and”M”, communications student Briana Cavinta believes that maintaining trust and honesty has been the key to keeping her current long-distance relationship steady. When it comes to commitment however, Cavinta and her boyfriend, Clay Flowers, practice a policy that may sound a bit strange to others.

Cavinta and Flowers, both 21, met at SF State during their sophomore year and have been dating for a little over a year. Their relationship has been long distance since August 2014 when Flowers moved to Paris to study abroad for one year.

“We kind of put our own rules and terms on things because we didn’t want it to be a standard long-distance relationship,” Cavinta said. “The way that ours is set up is that we’re together but my life here and his life there are two completely separate entities.”

Cavinta and Flower are practicing a more laid back approach to long-distance dating that they call, “don’t ask, and don’t tell.”

Cavinta said their policy works by allowing both of them to make their own decisions sexually.  If emotions were to develop with any new individuals in their lives, that’s when the “don’t ask don’t tell” rule would end and she and Flower would have to re-evaluate the situation.

“The only way to have a flexible long-distance relationship is if you have trust,” Cavinta said.

Although Cavinta says she trusts Flowers more than she trusts herself and while the couple still communicate via Skype and text on a regular basis, she said sometimes she can’t help but feel worried.

“I never say anything to Clay but then it’s midnight and I find myself going through some random girl’s Instagram that’s over in Paris studying with him,” Cavinta said, “I’ll look at a picture and think, ‘who is this girl? Are they dating, are they friends?’”

Cavinta said that keeping a positive attitude prevents her from going on negative thought spirals.

“I think if we would’ve set stricter rules it would have ruined us immediately,” she said. “I think it’s our lack of rules that has kept us together.”

Cavinta’s advice for other long-distance couples is to simply keep an open mind to any possibility.

Seniors Hanah Cook and Alex De Nicolo have also experienced being in a long-distance relationship. Cook, 21, and De Nicolo, 22, are an interracial couple who met at a convention for  co-ed fraternity [Delta Kappa Alpha] at SF State. The two celebrated their one year anniversary in October.

Cook will be graduating this semester and plans back to Southern California.

“We’ve had a couple long discussions about that recently,” De Nicolo said.

‘It’s really hard but it seems like something we need to figure out as it happens. It’s pretty depressing.”

De Nicolo said what makes their relationship different from his previous ones is the level of mutual respect they have for one another.

“Neither one of us holds more power than the other in our relationship,” he said.”We both wear the pants,” Cook added.

De Nicolo and Cook agree that what has kept their relationship so strong is the value they place on honesty.

“Games have never been played throughout our entire relationship,” Cook said.

She shared that her favorite thing about being with De Nicolo is that he makes her feel safe.

“I feel comfortable,” she said. “I can be completely myself with him even when we don’t agree about things. I know it’s not going to turn into a fight or that he is going to judge me.”

Although the dynamic of Cook and De Nicolo’s relationship differs from those of other relationships that started at SF State, the thread that connects these couples is their commitment to love and trust in one another.

“If you don’t trust who you’re with, there is no way you’re going to last,” Cavinta said. “You’ll always be wondering, ‘What if?'”