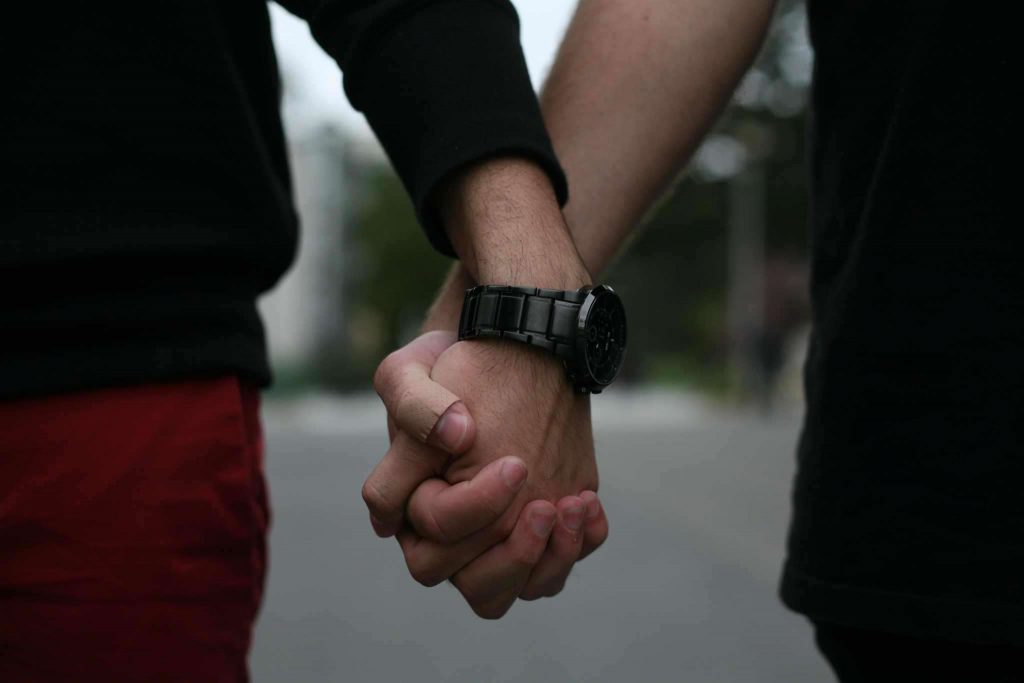 Sweat dampened Frankie Olivares’ palms as he linked hands with his partner and headed home from work. Even after a six-hour shift, the familiar feel of his boyfriend’s hand wasn’t enough to undo the bundle of nerves tightening in his stomach.

Olivares, 26, is in a same-sex interracial relationship with a six-year age gap. Over the past year, Olivares and his partner have weathered the first seasons of being an intersectional couple. He readily recalled the time when he was wary about going public with his relationship at work.

“As we walked to the front of the store, I would tell him to hold my hand as tightly as possible so we could get through it together.” Olivares said. “It was difficult to get over the initial fear of coming out to so many people at one time, but no one at work had a problem with it.”

Many same-sex couples experience social stressors like fear of discrimination, internalization of negative social beliefs of one’s identity, management or concealment of their sexuality and expectation of rejection, according to a theoretical article authored by SF State sociology professor Allen LeBlanc that appeared in the Journal of Marriage and Family this month. The study explores the stress marginalized couples face because of the stigmatized status of their relationship.

The framework for his article also applies to interracial, interfaith, age-discrepant couples or relationships in which one or both partners are physically challenged. The article presents a case in point for the study of identity-based stressors that affect both an individual’s health and the health of a marginalized couple’s relationship.

LeBlanc’s work is part of a larger body of research through SF State’s Health Equity Institute’s Project SHARe: Stress, Health and, Relationships, which is funded by the National Health Institute.

“We are collecting data using multiple methods over a five-year period of time in order to evaluate whether these new ways of thinking theoretically about stress and health are indeed useful,” LeBlanc said. “We are hopeful that they will be.”

The article calls for further investigation about stress proliferation and stress contagion experienced on a couple-level.

“Because stress within intimate partnerships is more than the sum of its two parts, it is important to understand how partners stand in relation to one another,” LeBlanc said.  “For example, the degree to which a specific stressor faced by one partner influences her or his loved one’s experience of the same or other stressors is not well understood.”

“The first thing people ever ask is ‘have you done it yet?’” Johnson said. “It’s weird that suddenly, almost immediately after meeting someone, my sex life is publicly up for debate.”

Outside factors such as friends and family have also added stress with their probing questions and preconceived ideas about asexuality, according to Johnson. In the past, Johnson has experienced moments of invalidation by those who reject sexual predisposition, which causes stress on an individual level.

This stress permeates their relationship, as Johnson’s asexuality requires frequent negotiation with Sisk to acknowledge each other’s feelings in light of their discrepant desire for intimacy. Johnson and Sisk cope with the stress in their relationship through open communication.

“We’ve been dating for so long that he’s been there through every step of the journey of my self-discovery,” Johnson said. “We talk things out to get to a point where we’re both happy and in the end, it’s fine. He gets me, he’s my best friend.”