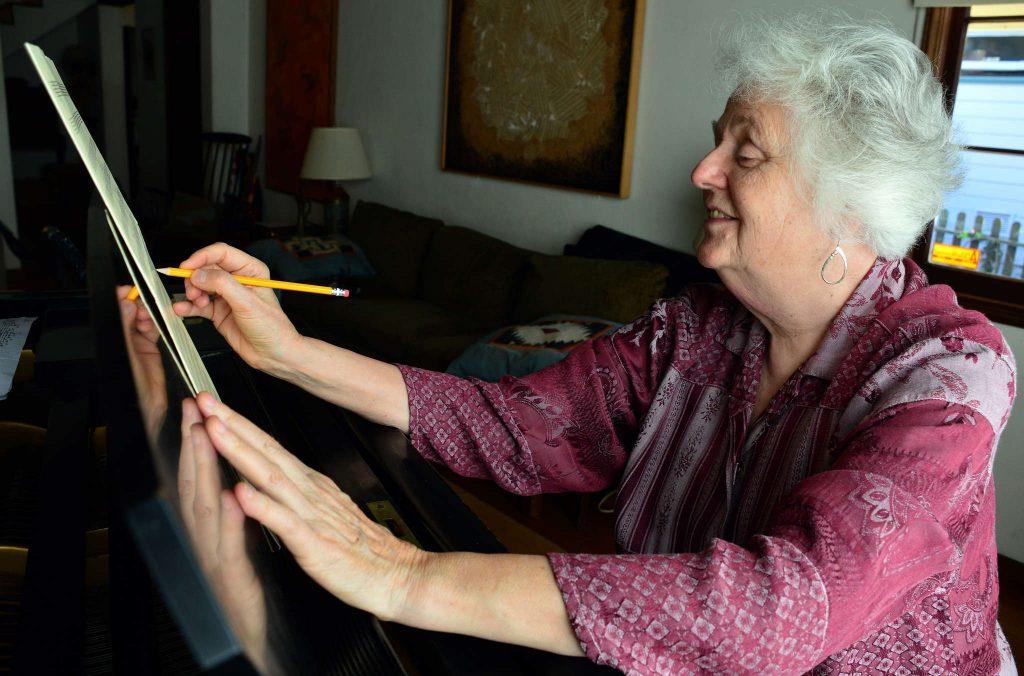 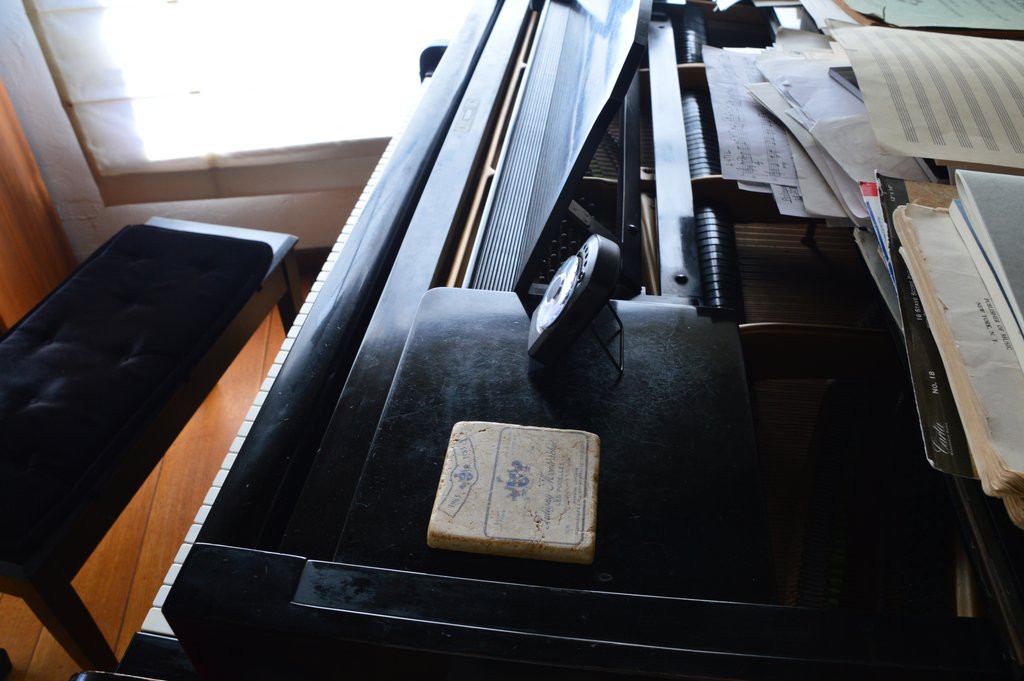 SF State alumna Elinor Armer, a world-renowned pianist, composer and teacher, is celebrating her 75th birthday with a series of jubilee concerts throughout the Bay Area, including one held Feb. 26 at Knuth Hall.

Armer, who received her masters of arts in composition at SF State, is the founder of the composition department at the San Francisco Conservatory and also co-founded Composer’s Inc., a Bay Area non-profit advocate for living composers.

Look, listen and explore Armer’s life and work with this interactive image that provides an in-depth look into the composer’s world.

Simply hover over the main image to reveal the embedded media.

As Elinor Armer’s fingers jauntily transversed the keys of her vintage Bösendorfer, musical notes from the revered Austrian piano manufacturer conjugated with the diffused sunlight of her warm Berkeley Hills home. Music proliferated the front room, settling comfortably among the artifacts of a well-lived life.

“This was written by an old boyfriend of mine from my old heterosexual days,” Armer said with characteristic amiability.

A world-renowned classical composer, pianist and teacher, the SF State alumna is in the midst of a series of Bay Area Jubilee concerts in celebration of her 75th birthday, one of which will be held at Knuth Hall Feb. 26.

“I decided to throw a big bash for myself,” Armer said. “I thought, ‘I’m going to be 75. I should do something about that.’”

Born in Oakland in 1939 and raised in Davis, Armer comes from a family of well-known Bay Area writers, artists and inventors. Her father, Austin Armer, was an engineer who invented stereophonic sound reproduction before turning to agricultural engineering. Her mother, Alberta Roller Armer, was a writer of children’s books with a love for the piano.

Armer fondly recalls sitting alongside her mother while she played, transfixed by her alto voice. “I’d sit on the bench while she sang from songbooks for children. I couldn’t have been happier when we were doing that,” she said.

Between her mother’s piano skills and her father’s interest in records, Armer’s childhood was filled with music. It is a feeling she has tried to recapture throughout her life and career.

“It’s part of my makeup to need family, to feel at home,” Armer said. “But that hasn’t necessarily kept me at home,” she said with a laugh.

Armer has performed and lectured throughout the country, and her works are performed regularly in the United States and abroad. In May, Armer will travel to China to teach a master class at the Shanghai Conservatory.

After graduating from high school in Davis, Armer returned to the Bay Area to receive her bachelor’s degree from Mills College and obtained a Master of Arts in composition 10 years later from SF State.

In 1985, Armer founded the San Francisco Conservatory’s Composition Department, served as its chair for 11 years and is still currently on faculty.

It was 30 years ago, through Composers Inc., that Armer met SF State professor Victoria Neve, who spearheaded the Knuth Hall event.

“She is wonderfully intelligent, witty, warm, and generous–  all the things everyone wants in a friend and teacher,” said Neve. “She has taught generations of young musicians, and her influence has spread everywhere they have gone. Her music is as full of wit, cleverness, precision, and warmth. As is she.”

Armer’s many reference works include the Elinor Armer Archive in the University of California Berkeley Music Library and Grove Dictionary of Music and Musicians.

In an example of Armer’s cyclic life patterns, Armer’s paternal grandparents had been the Kroeber’s neighbors on Berkeley’s prominent Arch Street, the 20th Century epicenter of the grandly designated “Athens of the West”.

In her 50s, Armer and her former domestic partner raised two children together, one the biological son of her partner, who Armer adopted, and an adopted daughter from Ethiopia. Both children are now in college; her son is pre-law at UCSF and her daughter is studying popular music at Catawba College in North Carolina.

While Armer’s sexuality was never an issue in her professional life, as she’s gotten older Armer said she has felt it increasingly necessary to think of herself as a role model for both female composers and lesbian composers in a field dominated by men.

“I’ve always said that I wish there were a feminine counterpart to the word ‘mensch’ (a person of integrity and honor), because that would be Elly,” Neve said. “She deserves all the praise we can give her.”