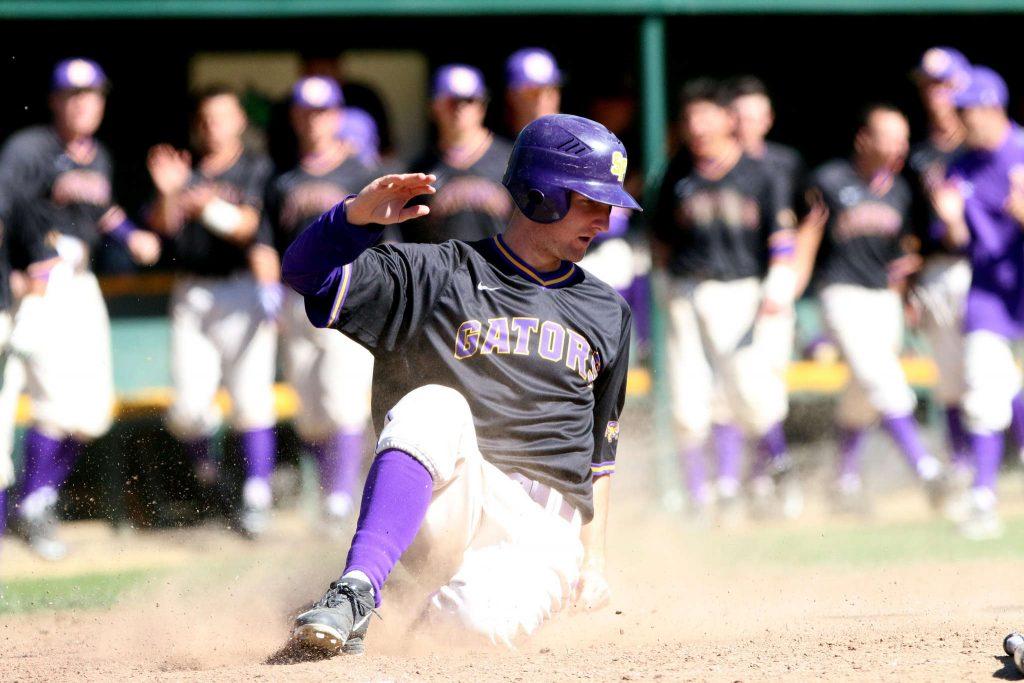 A ninth-inning barrage of Gators’ offense wasn’t enough to erase CSU Los Angeles’ lead in a 5-4 loss on Sunday, preventing SF State from besting the red-hot Golden Eagles in a four-game series.

“We came out and played with fire,” Lopez said. “We were hungry after getting swept by Fresno last week, and we had a good week of practice. They’re a good team, but we’ve been trying to make sure that we focus on playing the game of baseball and not the other team.”

Senior starting pitcher Preston Tarter kept SF State within striking distance early, allowing only two runs through six innings to a potent Golden Eagles lineup. CSU Los Angeles scored consistently throughout the second half of the game however, building a lead that cushioned the eventual blow of the Gators’ late offensive burst.

The impending final-inning come back energized SF State’s bench, bringing players to their feet to greet each base-runner after they rounded home plate. Although their efforts fell short, the Gators displayed tenacity against a good team, a promising takeaway to comfort fans and coaches as the squad begins hunting for California Collegiate Athletic Association supremacy.

“They played very good ball, but we’re a good team,” said SF State’s head coach Mike Cummins. “We’ve played some of the toughest teams on our schedule, and I think it’s going to be good to get a chance to pick it up after playing better clubs. It’s a good sign to split a series with one of the better teams in the division.”

The Gators improve to 3-5 in conference play after the series split, with two of the league’s current top three teams behind them on their schedule. Momentum will hopefully be a factor in next weeks string of games against Cal State East Bay, when SF State will look to pick up some crucial division wins from its presently bottom-of-the-conference Bay Area rival.

“We’re going to have the guys keep working hard offensively,” Cummins said. “They are coming out with a lot more consistency and having a lot better at bats. The good practices are starting to show.”