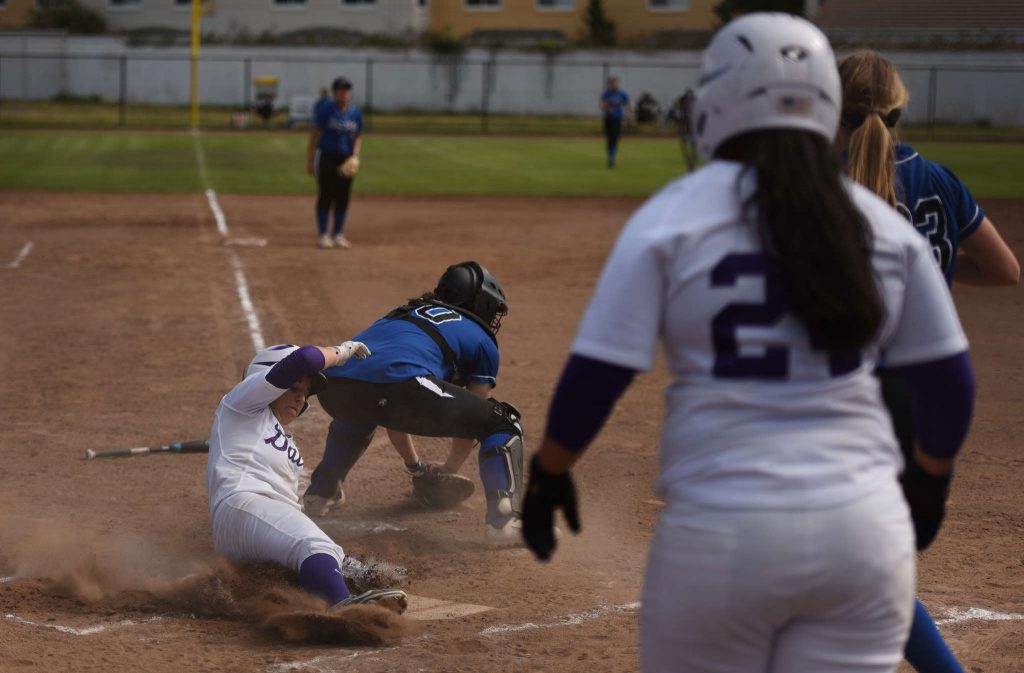 The Gators continued their trend of offensive improvement throughout a four game series against conference opponent Cal State San Bernardino, dropping a pair of games on Friday (0-5, 4-7) before splitting two games in Saturday’s double-header (3-2, 7-10).

A walk-off double from third baseman Lucy Fernandez bounced off the left field fence and drove in the winning run in 8th inning of Saturday’s win. Fernandez’s hit brought the Gators out on top of low-scoring pitcher’s duel that featured an outstanding performance from Gators’ ace Megan Clark.

According to head coach Cristina Byrne the weekend’s games collectively marked the team’s best offensive performance of the year.

“That was the best hitting we’ve done this year,” Byrne said.”We made game-to-game adjustments and had their pitchers throwing a lot of pitches which is always a good thing. We took advantage of base runners and good pitch counts. That’s really what you’re looking for.”

Catcher Sara Higa had a monster stretch of games at the plate, going 5-for-12 with five RBI’s. Four of her hits were for extra bases and included her first career home run, a two-run shot in the sixth inning of Saturday’s second game.

“The home run felt really good,” Higa said. “I hit the wall in the at-bat before that and a couple of other times so it was great that it went over. I was just trying to stay calm up there.”

The Gators will host Western Oregon University in a double-header on Wednesday, before traveling to Turlock for an out-of-conference tournament next weekend.

“This next week is kind of like a season within a season,” Byrne said. I think it’ll be great for us to have a new goal. Chasing after a tournament championship and getting away from conference play can give us new life in the middle of a long season.”