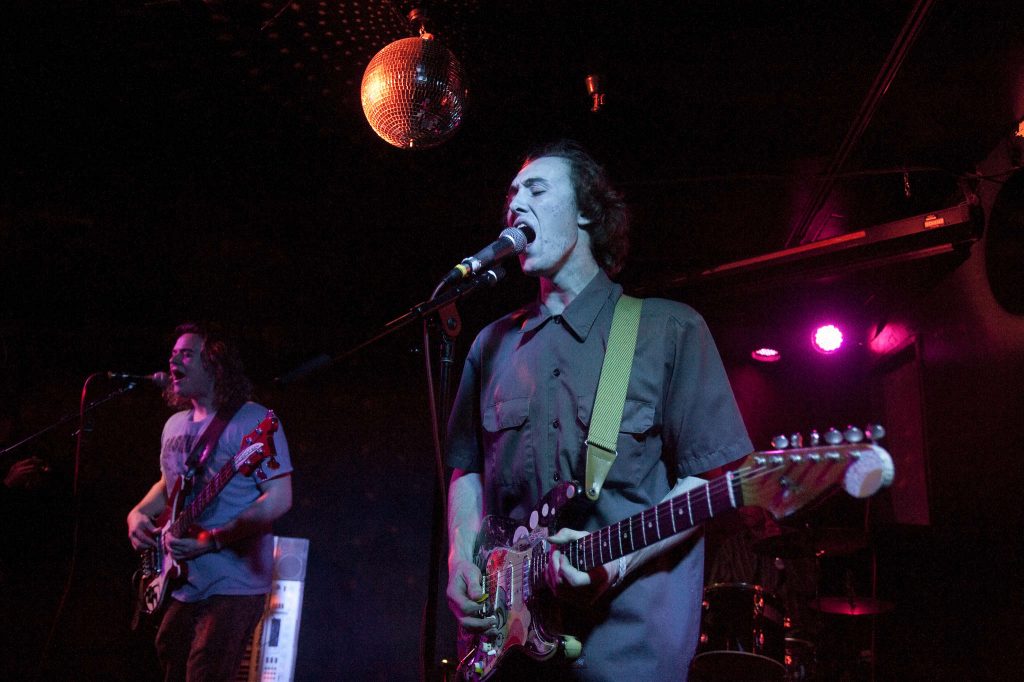 In the tiny space of their dorm room, band members Alec Kersenboom, Andrew Harley and Trevor Ramirez of Speakeasy, created a rock ‘n’ roll sound that flooded the halls of the Towers dormitory in between classes. Their distinctive sound and high energy landed them a debut show at The Depot and reeled in a crowd that was so pleased, an encore was demanded later at Malcolm X Plaza.

Drummer Ramirez, 20, vocalist and guitarist Kersenboom and bassist Harley, both 19, are from Hermosa Beach, Calif. and moved to San Francisco to attend SF State. The band mates said they didn’t identify with a particular genre; instead, they said their sound is a collective of them and artists before them.

“I don’t think we approach it in the sense of trying to fit into any genre,” Kersenboom said. “I’d say that we just take from all of our influences which is a lot of classic rock, old school, blues stuff, old folk music, stuff like that.”

While they have original songs, Speakeasy’s practices and live shows consist of many improvisational jams, a style they said just comes naturally to them.

“There’s no really set criteria,” Ramirez said. “We’ll just pick up on what each others playing and eventually it kind of takes its own course.”

Even though the group has not played at many venues, the band mates said their debut show at The Depot Feb. 25 is just the beginning. Their unique and powerful sound comes from more than musicianship and talent, but also the relationship they share with one another, according to the band.

“It’s about the connection between the three of us that allows us to create that,” Kersenboom said. “Everyone here knows that if I sat in to play with other guys, I wouldn’t get that connection.”