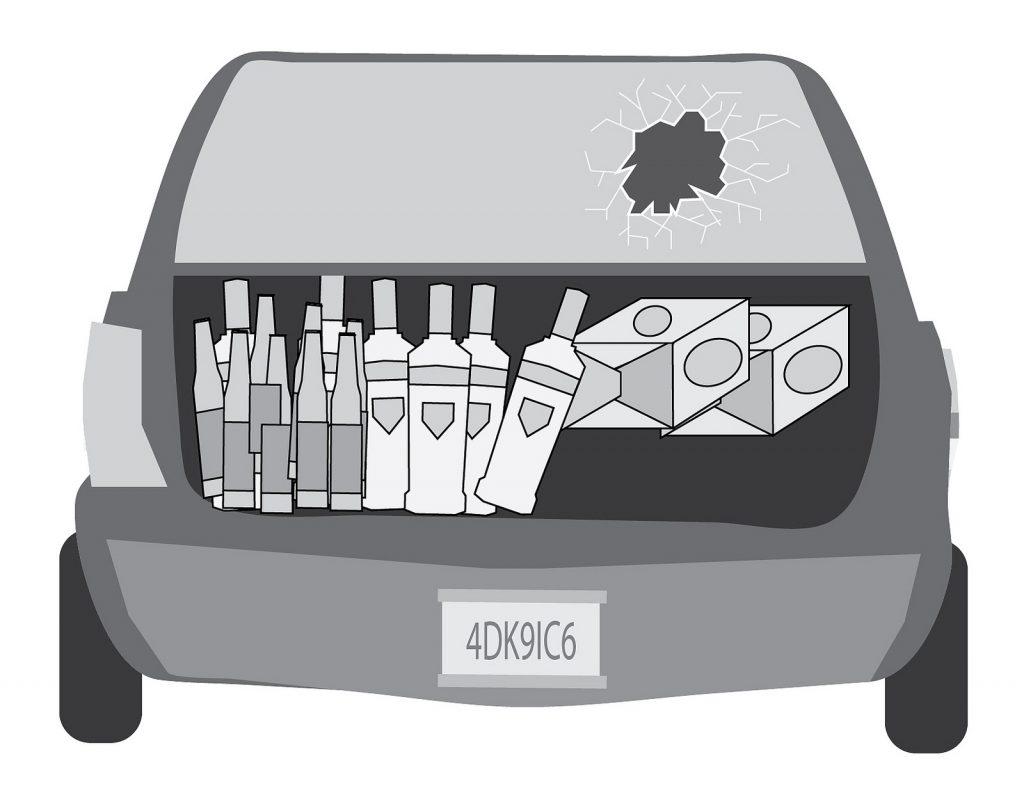 When my mom called me one afternoon, I was expecting a regular conversation– catching up and seeing how my family was doing– but what she told me gave me the chills. She said my cousin Deana had been in a vehicle collision while under the influence of alcohol and slammed into a semi-truck. The police said that based on the car’s condition, she was lucky to be alive.

My body began to shake and tears streamed down my face as I looked through pictures of the car after the crash. I thought to myself, “Why would she get behind the wheel if she was drinking? What if she hurt someone or even worse, what if she lost her life?” A thoughtless decision like drunk driving and the consequences that come after are not worth it.

Within the same month, my cousin Rosa, after having a few drinks, drove her car off the side of the road. Luckily, neither of my cousins were seriously injured but the two accidents have really opened my eyes to a huge issue, one that never seems to go away.

Drunk driving effects not only the person behind the wheel, but others on the road as well. In 2013, more than 10,000 people died in drunk driving crashes—one person every 52 minutes—and another 290,000 were injured in drunk driving-related accidents, according to the National Highway Traffic Safety Administration.

A small mistake like this can be costly. In California, the cost of DUI-related fines alone can add up to $4,000, according to the Department of Motor Vehicles.

Taking someone else’s life away because of drunk driving is the biggest consequence of all. The emotional burden would be unfathomable.

Over the years, the amount of accidents have decreased, but some people under the influence will still get behind the wheel. Mothers Against Drunk Driving has advocated to end drunk driving since 1980, when they were founded. Since then, drunk driving deaths have decreased by almost half.

When I have witnessed friends stumble to get into their car without thinking twice, I have wrestled the keys away to keep them from driving anywhere or hurting anyone, including themselves. Speaking up can prevent an incident like drunk driving from happening.

Being able to drive is a responsibility and a privilege, not a right. Drivers should not abuse that. Even if someone who has been drinking thinks he or she is sober enough to get behind the wheel, it is never a good idea. There are more responsible and safer options, such as taking an Uber or staying at a friend’s house.

Being inside the jail cell for 12 hours, my cousin Rosa had time to think about drunk driving and her experience.

“It will break you,” she said. “It was the most emotional I’ve been in my entire life and I told myself I don’t want to be in here.”

There are also actions the state has taken in an attempt to decrease drunk driving incidences. The threat of a DUI checkpoint can reduce the chance of drunk driving from occurring. In California alone, there are over 2,500 sobriety checkpoints conducted in one year, according to a report from the Center for Disease Control and Prevention. The study also found that sobriety checkpoints reduce alcohol-related death or injury by 20 percent every year.

For my cousin Deana, the accident changed her way of thinking.

“It made me see my life in a different way,” Deana said. “It was a wake-up call. I have stopped drinking since then.”

My cousins mean the world to me but their poor decisions to get behind the wheel after a couple of drinks has left me disappointed. I love my family and I couldn’t handle losing them this way. With poor choices, there are consequences, some which are life-threatening. I want my cousins to know that I love them and that there are more responsible options.