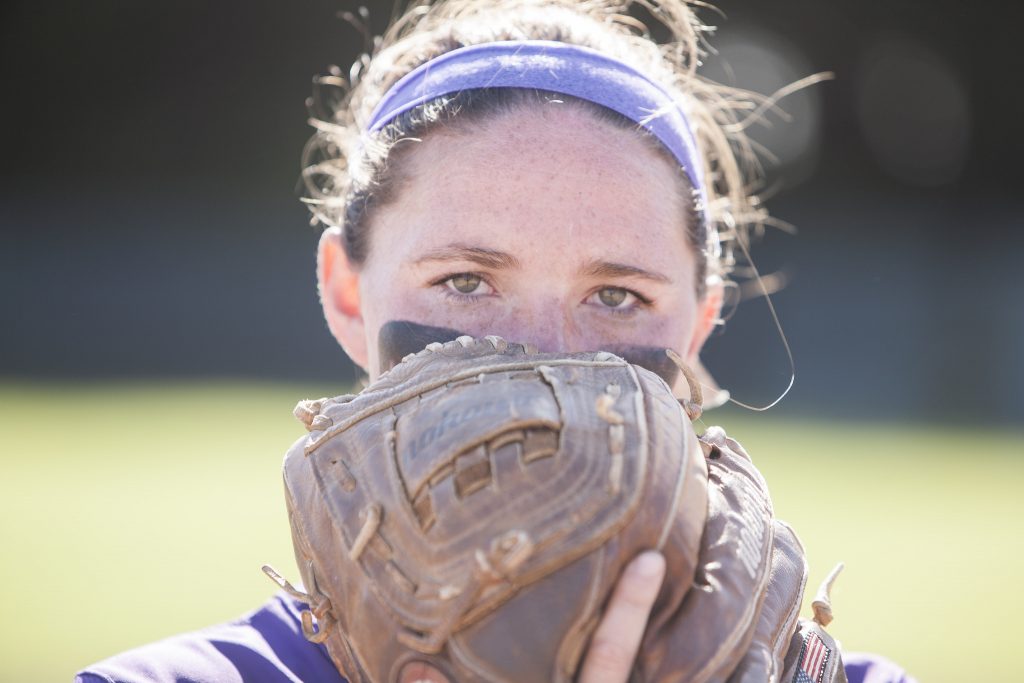 When SF State pitcher Megan Clark steps onto the raised gravel to begin her pitching performance, everything moves in sync. The precision of her pitching mechanics trickle down to her placement of the softball as it hurdles toward the catcher’s mitt.

The evenly knotted purple bow holds back her bronze ponytail and the symmetrical eyeblack coats her cheeks. Tattooed onto her left arm is the word “fearless,” a description that seems appropriate given her strikeouts on the mound in a season during which Gator pitchers were habitually shelled by opposing batters.

“My mindset on the mound is just to go out there and be fearless,” Clark said, acknowledging the letters on her arm. “I just want to know that I’m prepared and that I’ve done all the work.”

The Gators’ ace spun her way to a 3.54 ERA over 135 innings pitched. Clark had the lowest ERA among the Gators’ pitching staff, who all combined for an average 5.38 ERA.  Her steady presence on the mound netted the squad only four of its 12 wins but kept the team close in numerous losses, indicating that a lack of run support was a detriment to Clark’s statistically stellar year.

The sophomore’s poise allowed her team to play more consistent defense during her innings pitched, according to senior shortstop Courtney Gravel.

“I think her confident demeanor on the mound can really set the tone for the game,” Gravel said. “It’s nice having that to feed off of (while) playing defense behind her.”

Freshman left fielder Delanie Chrisman agreed with Gravel’s sentiments and added that having stability at the pitching position made it easier for her to acclimate to college ball.

“When you first come into the program, it’s nice to have someone that is already established as a pitcher,” Chrisman said. “She works hard and it sets the tone. It’s comfortable to play behind someone you know has good leadership.”

Clark’s statistics are telling of her pitching style. She accumulated 47 strikeouts over the course of the season, an average of 2.44 a game, demonstrating just how effective a practiced ground-ball pitcher can be when they force the batter to hit into defense-friendly situations.

Outside of her success on the mound, Clark contributed to the Gators’ offense with a .270 batting average in limited plate appearances. The ending of the 2015 season marks Clark’s second completed year as a Gator, leaving the sophomore with two years of eligibility. Along with the rest of the Gators’ young pitching staff, Clark said she will look to improve on their performance next year and provide support for a Gators’ offense that improved greatly by the end of the year.