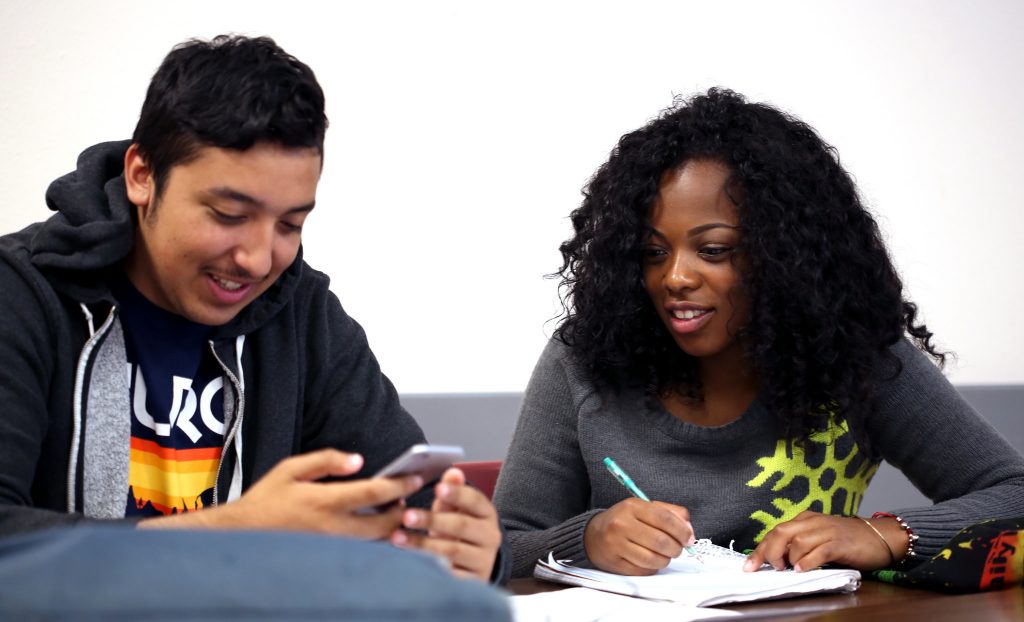 While some students spend their summers relaxing, others get an early start hitting the books, learning to navigate around campus and utilizing college resources offered to students during the Summer Bridge program, a college preparedness program for incoming freshman.

Gunner Troy, a Summer Bridge participant, said the program gave him a jump start on college life at SF State.

“On the first day I can’t even tell you how many freshman will get lost on campus, but all the Summer Bridge students will know where the resources are on campus,” Troy said. “I know where to go to find a quiet study space, assistance with my financial aid or English tutoring.”

This year Troy and 100 other incoming freshman were accepted to participate in a California State University and University of California-wide college preparedness program called Summer Bridge.

The eight-week annual summer program that began June 22 is part of the Educational Opportunity Program (EOP). It serves low-income students from the Bay Area, by preparing them for college life.

EOP resulted from the statewide, student-led strikes on campuses in 1968, in which students demanded that the administration teach the history of and provide services for underrepresented students of color, according to the EOP website. EOP, which is now present on all CSU campuses, is responsible for graduating over a 250,000 students since 1969, according to their website.

Arnetta Smith, a Summer Bridge instructor and professor in the women and gender studies department at SF State, said she felt privileged to mentor incoming freshman.

“Summer Bridge allows underprivileged students to be heard and seen,” Smith said. “They are constantly being told they are unimportant, to be quiet and that they don’t speak English well, but I have enjoyed watching them grow to be amazing individuals.”

Summer Bridge, which began in the early 1980s, offers students the chance to fulfill the Early Start Program’s English and math requirements by completing preparatory courses. The courses include college level English and math, tutoring sessions and a first year experience class that covers life skills, community building, financial aid and budgeting. Recent graduates and students of SF State’s teaching credential program instruct the courses offered by Summer Bridge. Students must pass the courses in order to complete the Early Start Program and retain their enrollment status at SF State.

“I know myself as a high school student, but Summer Bridge helped me know myself as a college student – understanding time management and knowing the value of making connections with other students and professors on campus,” Troy said.

Having grown up for part of his life in a low-income neighborhood in Hayward, California, Troy was initially uncertain that college was for him.

Although Troy grew up with hardships, his participation in Summer Bridge has been an educational advantage, according to Kyle Hill, Troy’s Summer Bridge English teacher.

“College was not necessarily something Troy intended to do, but he knows what he wants to accomplish at SF State, which sets him apart from his peers, who are often still discovering the ‘why’ for being in college,” Hill said.

Troy, who is majoring in engineering, plans to utilize resources on campus to accomplish his goals, including EOP’s TRIO program, a federal student services programs in the U.S., to which he was recently accepted. TRIO provides Troy with academic advising, tutorials, workshops, priority registration and grants until the end of his sophomore year.

Breonna Williams, who is also a Summer Bridge student and SF State Guardian Scholar, for former foster care youth, credits Summer Bridge with giving her a taste of college before the first day of class.

Although Williams applied to 12 other colleges, she chose SF State because of the financial aid package offered and due to the close proximity to her relatives. At SF State she hopes to study broadcasting and eventually become a news anchor.

According to Smith, Williams’s Summer Bridge teacher, Summer Bridge built confidence and a sense of community for incoming freshman like Williams.

“I’m motivated to complete college because my mother and father were not able to complete high school,” Williams said. “I have to set the bar high for my cousins and all the people who come under me because they need guidance.”