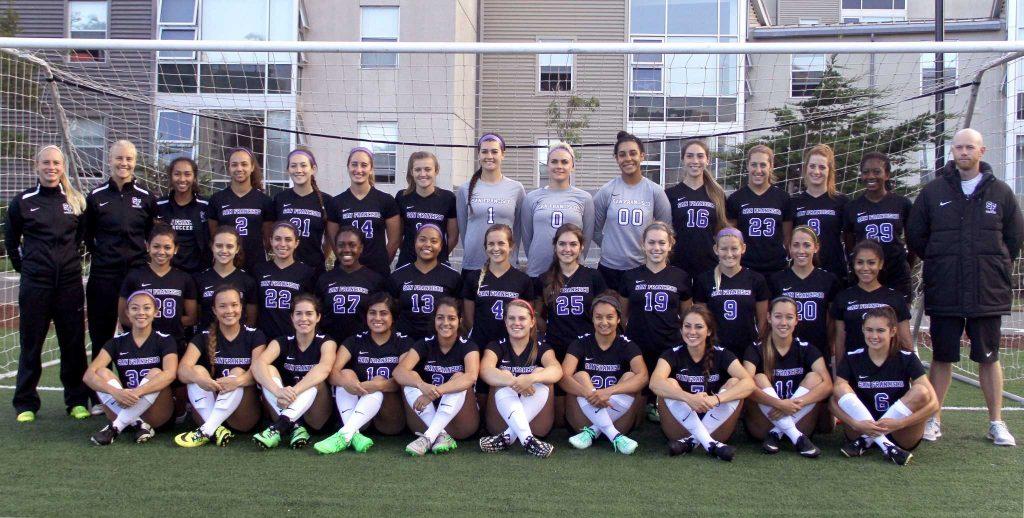 For the first time in 33 years, the women’s soccer team will have a new head coach, and Tracy Hamm said she feels like she’s up to the task.

“Its a unique opportunity to create this program’s own tradition,” Hamm said. “Former coach Jack Hyde built the program to what it is, so I feel like it’s my responsibility to take us to the next level and put us on the map.”

Hamm is just the second women’s soccer coach in the school’s history and plans to re-establish academic success in women’s soccer at SF State, a program Hamm said has a great tradition of academic excellence.

“I think coach Hamm is bringing in a new era of women’s soccer here,” said Kelsey Wetzstein, a junior midfielder. “She is really good at incorporating what former coach Jack Hyde did and helping us move forward.”

The team hopes to advance after a down season last year in which they stumbled down the stretch, going 2-8-1 in conference and finishing with a 7-9-2 overall record.

Along with her academic goals for the team, Hamm plans to bring a new emphasis on defense, a change from last year’s offensive approach.

“I think defensively we’ll be very organized, very fit and play very hard in terms of our physicality,” Hamm said. “We have a lot of special players on offense so I’ll leave the attacking side up a little bit more to the creativity of our players.”

“You are defending in every part of the field, even if you play forward,” Fox said. “She has taught us a lot about the defensive side of the game.”

The added emphasis on defense should help the team finish games mentally strong, according to Fox, and will wear opponents down toward the end of games. Four of the Gators’ losses came in overtime last season.

Along with the new coaching staff, over half of the team is new, but Hamm is confident the players she recruited are ready to go.

“I think they have potential to be big contributors in their first year, that’s why they are here,” Hamm said. “So I have really high expectations and expect them to play big minutes, score some big goals and keep some important key shutouts.”
The team has high ambitions for the season, according to Fox. Winning games that slipped away last year, making playoffs and the NCAA tournament highlight the long list of goals for the team.

“We want to prove to teams that have played us in the past that we are not just a team to just push to the side,” Fox said. “We’re going to bring it.”

The team kicks off their season on the road Sept. 5 against Central Washington University.