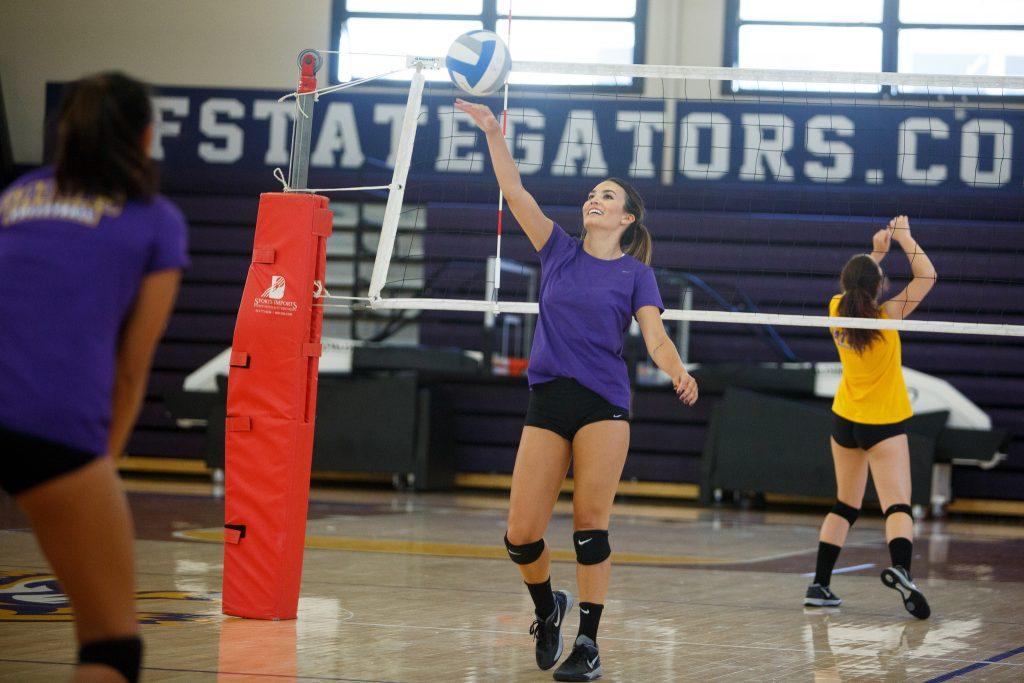 It’s all about the team.

That’s the philosophy for this year’s women’s volleyball team, according to the players.

“Our emphasis so far has been building team chemistry,” said senior captain Jaclyn Clark, who will begin the season as one of SF State’s all-time statistical leaders, ranking in the top 10 in kills, digs and aces. “That kind of trust and bonding makes us stronger as a whole.”

Head Coach Jill Muhe, entering her third season in charge, believes the women’s jovial nature will benefit the team in the upcoming season.

“We obviously are working hard, day in and day out,” Muhe said. “But you’ve got to keep in mind that this is a game, and every one of these girls plays because they love volleyball. It’s still about having fun.”

Despite the fun and jokes the team shares, the coach said she expects a competitive season.

“It can be frustrating playing in such a difficult conference, but we have great girls who are ready for the challenge,” Muhe said.

The players are also preparing for what they hope is a successful campaign. Their expectations are exemplified by senior and team co-captain Jessica Nicerio, who enters this year as the Gators’ all-time record holder for digs.

“Last year was good for us, but this year, watch– we are going to be even better,” Nicerio said.

If the Gators are to challenge for the conference title, they will have to lean heavily on the senior captains, Clark and Nicerio, according to Muhe. Both have put up prolific numbers in the past, with Nicerio earning All-Conference honors last season. She has the opportunity this season to pad her record number of digs, which currently stands at 1,372.

This year, the two captains will be tasked with using their experience in their newly found leadership role. Both players said they acknowledged their responsibility and how it affects the team heading into the season.

“I’m just going to try and be the best captain I can be,” Nicerio said. “My goals are just to develop team chemistry and hopefully win the conference.”

The team is coming off a successful season, outperforming their predicted 11th place finish by landing in sixth place with a 14-12 record. The first regular season home game is Sept. 8 against Fresno Pacific University.