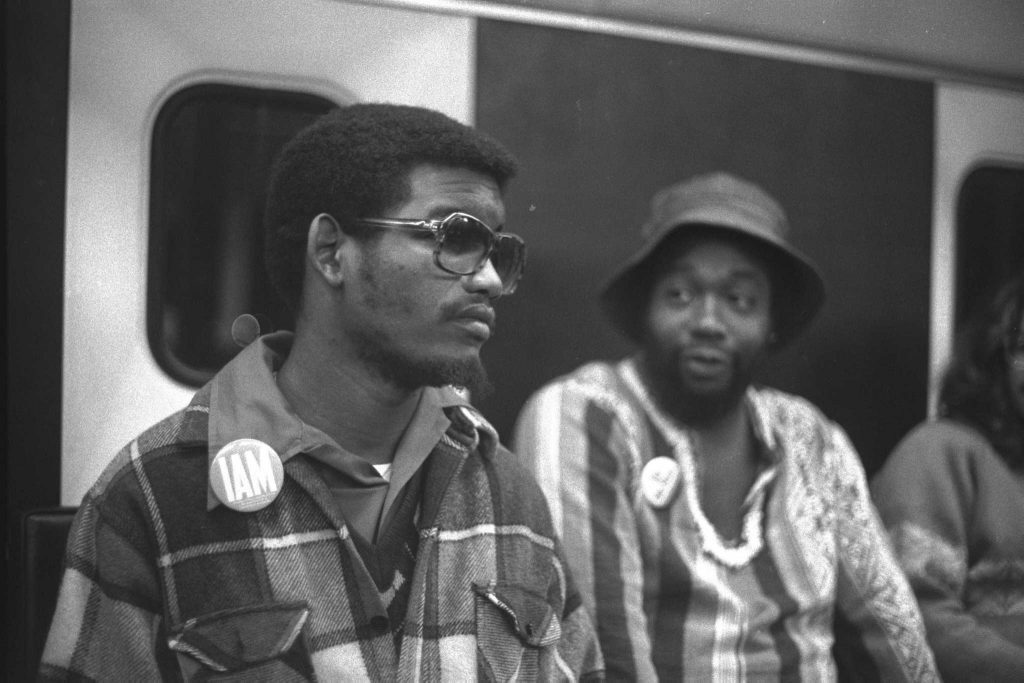 Black and white photos of Dennis Billups from the 1977 protest of the Federal Building in San Francisco. He wears large-rimmed glasses and a flannel shirt.

Hello my name is Dennis Billups. I was born and raised in San Francisco, California.

More black and white photos. Dennis is in the center of a large crowd, speaking into a microphone.

I can’t remember the day, I think it was April 7 of 1977, when we decided that we were going to make a difference in society– to show the world and society that disabled persons could and can help themselves to a greater benefit of the American pie.

Photos of the “Patient no More” exhibit launch celebration at the Ed Roberts Campus in Berkeley.

The Rehabilitation Act, as far as I know, was an act that, were going to permit disabled persons certain abilities to have access to schools and other educational facilities as well as sidewalks, buses, elevators, to move societies into the direction where people with wheelchairs, canes, crutches, quadriplegics, hearing-impaired, could exist.

[Dennis Billups stirring the crowd with a Section 504 chant during the “Patient No More” exhibit launch at SF State.]