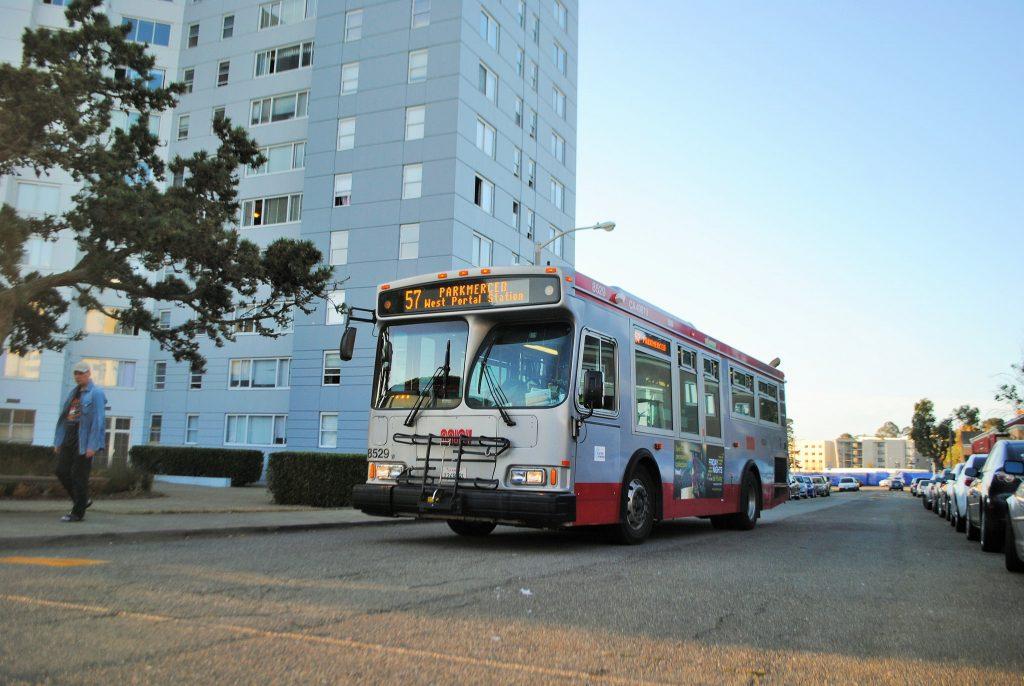 The changes are part of SFMTA’s Muni Forward campaign, an effort to update the transit system to make it “better, safer and more reliable,” according to the project’s site. The plans involve increasing service to the busiest lines in the Muni system and reorganizing routes to provide riders with more convenient connections, the report said.

The campaign proposes extending the 28/28R-19th Avenue route to Van Ness and North Point, according to an SF Examiner report. The plans also include improvements for the 57-Park Merced route, which will provide service to the Daly City BART Station and to SF State at Mary Park and Mary Ward Halls along Font Boulevard, the report said.

Natalie Lam, a freshman in business management, said she was looking forward to the 57’s new route.

“Not having to walk all the way to the Administration Building for the Muni sounds really convenient,” Lam said.

The 57 will travel along Lake Merced, replacing the 18-46th Avenue’s usual stops, according to the Muni Forward site, which showed that the 18 will now bypass the Lake Merced loop entirely.

Jackie Cakmak, a senior in business administration, said she lives along the stretch of Lake Merced Boulevard that will be cut out of the 18’s route and is not covered by the 57.

“I used to be able to hop off the M (at Stonestown) and take the 18 right to my front door,” Cakmak said. “Now I have a long walk, and it gets pretty dangerous at night.”

The adjustments were recommendations from the Transportation Effectiveness Project approved in March 2014, a planning process that sought to identify and solve transit issues using technical and community expertise, according to Sean Kennedy, the Muni Forward program manager.

“We based changes on an analysis of how many people would be benefitted and how many would be hurt by it,” Kennedy said.

The project will also streamline the 29-Sunset route, creating a more direct path via Ocean Avenue instead of along Geneva Avenue, according to a news release from Mayor Ed Lee’s office. The redesign will cut out the seven stops on Geneva Avenue and Mission Street, saving riders an estimated three minutes per trip, according to the SFMTA site.

Senior history major Christian Escobar said his stop is not affected by the changes to the line because it is just short of the Ocean Avenue reroute, but thinks other alterations would have made a bigger difference.

Muni is a popular transportation choice for students at SF State, according to a 2014 University Transportation Committee survey, which found that 29.8 percent of SF State students and faculty take Muni to campus, with the 28/28R and the 29 the most frequently taken routes.

The Muni Forward initiative debuted in April 2015 with the Rapid Network, in which the 28-Limited was renamed the 28-Rapid, as previously reported in the Xpress.

Further changes are in store as other Muni Forward projects will be put into effect in the coming months, according to Kennedy who said SFMTA also hopes to launch an all-day service for the 28-Rapid in the spring.