Gators win second in a row with shutout victory 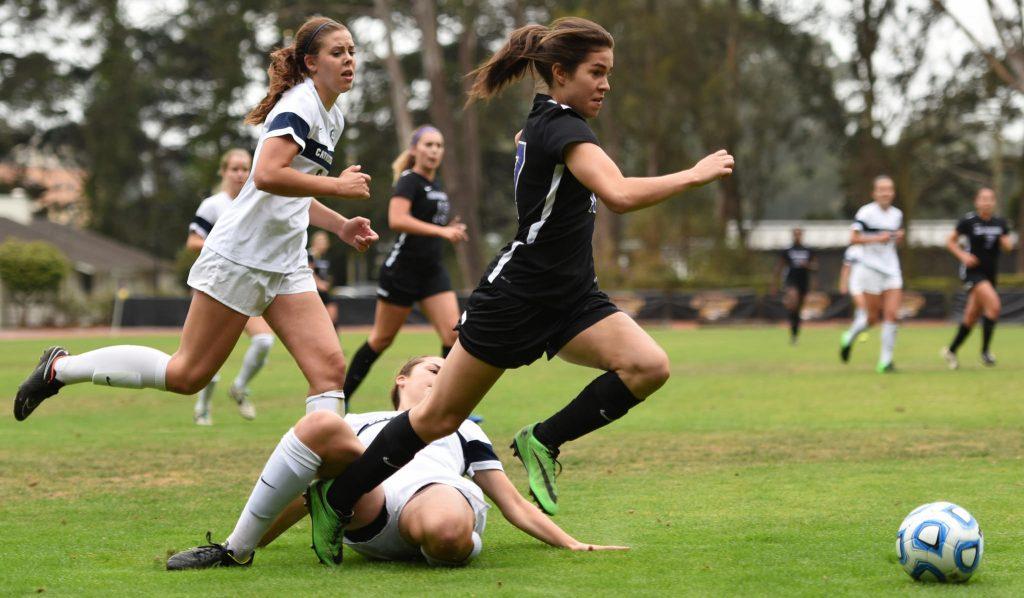 The SF State women’s soccer team posted their first clean sheet of the season and their second win in a row Saturday by beating Concordia University 1-0.

After outshooting the Cavaliers 9-1 in the first half, the Gators broke through and netted the game winner early in the second half.

Midfielder Vanessa Penuna was able to link up with forward Autumn Fox on a near perfect pass over the defenders heads that landed right at Fox’s feet, where she was then able to settle the ball and sail it over the goalkeeper’s head in the 56th min.

“We’ve been working on finding that ball over the top and making those runs to pull the defenders,” said Fox. “I knew the keeper was off of her line and I knew that if I could get a touch on it and over her head, it would go in.”

The one goal proved to be all the Gators needed as the defense showed up and claimed their first shutout of the season.

“A lot of these teams are going to be very physical so I think today was def one of our best games,” said defender Jada Williams. “We were able to get a shutout and that’s all that matters.”

Physicality and intensity fed the spirit of the defensive unit all game, as they continually stopped the Cavaliers offense on their way to goal.

“I think it was good physical match up,” said head coach Tracy Hamm. “We play a real high-pressure style, so that is to be expected. You have to tackle hard and play hard to pull out wins like that.”

The team knows one goal won’t always cut it, but Fox and the rest of the team believe that more frequent scoring is on the horizon.

“We are getting those shots and creating those options in the attack,” Fox said. “We know how to create, it’s just that little last part, the finishing part, it’s coming.”

The Gators hope to extend their win streak to three games Tuesday, when they travel to San Rafael for a match up against Dominican University of California.