Rugby makes noise on the pitch 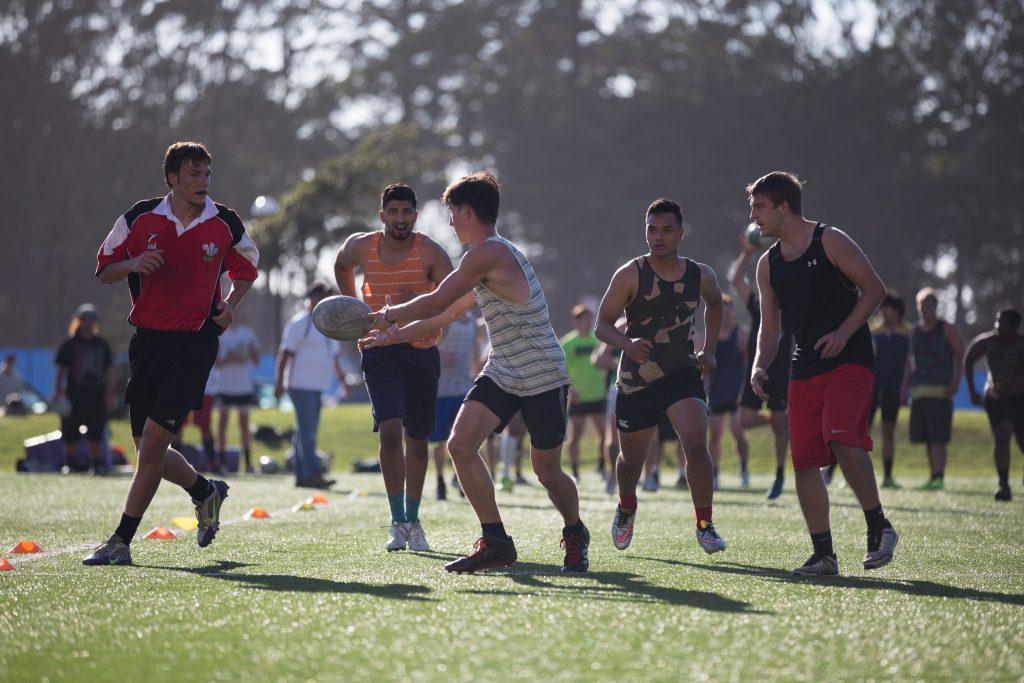 Pushing sleds, tackling bags and yelling at the top of their lungs on the turf field of the West Campus Green, SF State’s rugby players practiced hard to bounce back from last season, in which they failed to notch a single victory.

“Last season was a little bumpy. We started out playing the previous year’s league champion, Stanford, and had quite a few injuries,” said senior and third-year captain Lukas Zanoli.

In a game that lasts 80 minutes and requires 15 players on the field at all times, lack of bodies can hurt a team more than lack of skill, Zanoli said.

“We had a really bad start last year, and that kind of just brought down the morale, and we had problems last year with numbers,” Zanoli said.

Injuries were a problem due to the underwhelming turnout of students last season, Zanoli said. According to head coach Dean White, the team has about 40 players this year.

Sixth-year head coach Dean White said the team thinks they have what it takes to compete with the powerhouse teams in the conference. According to White, the team has looked good so far this preseason and he said he is impressed by the team’s self-reliance.

“It’s a very self-led team, being a club team. I’d rather not dictate too much of the practice,” White said.

White brings a lot of experience and knowledge to the club. He’s played and coached rugby for over 20 years, including at the University of Arizona. Prior to SF State, White coached at San Jose State for three years and is now also the head coach of Google’s company rugby team.

Alex Muhn, a second-year player, said he was excited to have such an experienced coach.

“Having someone with so much experience is great for such a new team,” Muhn said.

Although the team’s first league game isn’t until next January, the have several chances during preseason tournaments to display the chemistry they have built.

Their first tournament was on Sept. 12, finishing 1-3.