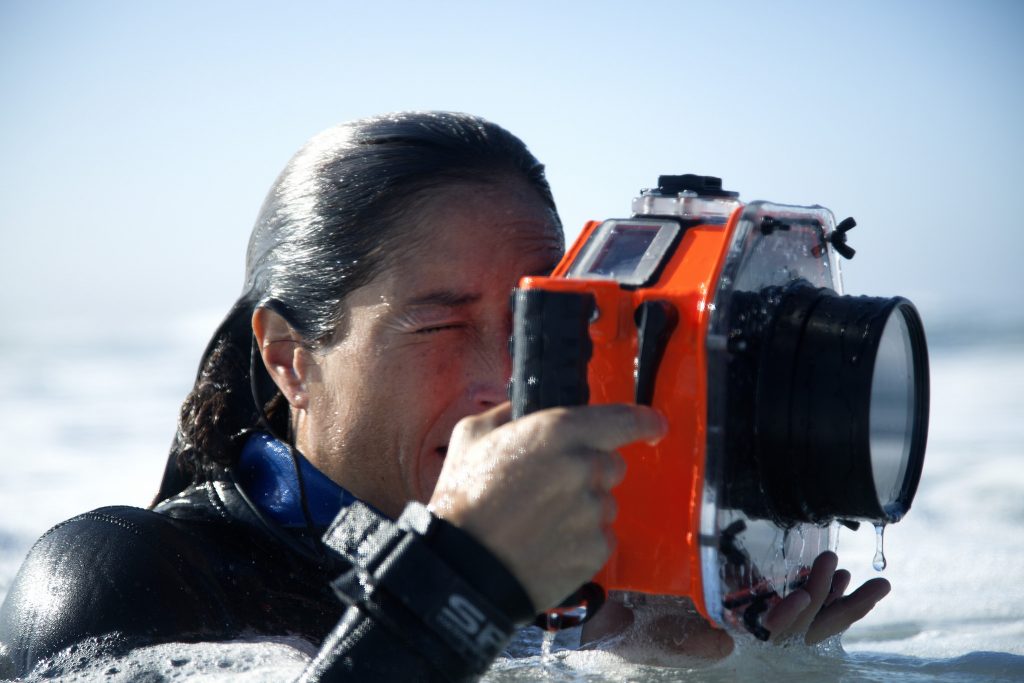 In the summer of 2014, the Islamic State rampaged through Iraq, causing the near destruction of the Iraqi government and the rekindling of the U.S. military role in Iraq.

“I’ve always been fascinated with other cultures, other people, and I love traveling and getting to know those people,” Cunningham said about her experience in Iraq. “I think it’s important that Americans learn from these people. It is very important if (the U.S.) wants to be a world leader.”

The crew’s filming resulted in a hour-long documentary called “The Rise of ISIS,” which premiered last October and is nominated for an Emmy Award in the news and documentary category, premiering Sept. 28 at the Lincoln Center in New York City.

The 42-year-old Pittsburgh native said she always knew she wanted to become a filmmaker. She initially dreamed of becoming a Hollywood filmmaker as an undergraduate studying American history at Brown University in 1990, but was later drawn to creating documentary films.

“I already knew that I didn’t have these stories of make believe in my head, and I knew I needed to find the stories in real life,” Cunningham said.

Cunningham joined PBS’ “Frontline” in 2004, starting with the series “Frontline World,” which “turns its lens on the global community covering countries and cultures rarely seen on American television,” according to the series’ website. She also worked as a multimedia journalist at the LA Times from 2008 to 2011.

Long-time colleague Scott Anger worked with Cunningham on the recently nominated documentary and first met her while working as the director of photography for various “Frontline” videos.

“She’s an excellent journalist and fantastic film maker,” Anger said. “She has a great way with students. She’s incredibly patient and she knows a lot – she teaches from experience, which is incredibly valuable.”

As the only woman on a five-person crew, Cunningham said her experience filming the documentary was different from her colleagues’.

“I couldn’t shake hands with anybody,” she said. “I would just nod. Some parts of Baghdad are very devout, so I bought a burqa in a marketplace, but I never used it.”

Being the only woman on a crew is not a new experience for Cunningham, who said there are not many camera women who work in the film industry.

“People just have to hire (camera women),” Cunningham said. “Historically, there haven’t been many and you had to be very big and strong to carry the big cameras. With the changing of technology, the cameras are getting smaller and that has enabled people of all different sizes, men and women, to do this kind of job.”

In addition to documentaries, Cunningham has ample experience and a love for aquatic videography and photography, she said.

Cunningham said she is at home in the water, swimming competitively since the age of 7 in addition to playing water polo and body surfing. Experience in the water is important for anyone interested in becoming aquatic photographers, she said.

“(Water photographers) need to be excellent swimmers and know water safety,” Cunningham said.” Water safety and being comfortable in the water (is necessary,) and equally to that is knowing how to shoot. Master (photography) before adding the element of swimming, because that has to be second nature by then.”

The energy that she exerts while on the job is fluid in her work, according to her husband and journalist Zachary Slobig.

“There is a level of intensity with Sachi that she turns into her work and into her play,” Slobig said. “If you have ever seen her in the water and the joy that she takes from that, she’s one of those people that always goes 100 percent all the time, recreationally or professionally.”

Cunningham’s would like to see a more activism about coastal cities in the future.

“Using the lessons I’m learning in teaching multimedia journalism and storytelling help improve the baseline knowledge of our coastal environments,” she said in an email. “To help encourage activism around conserving our coastal resources is something that I’d like to see happen in the future.”