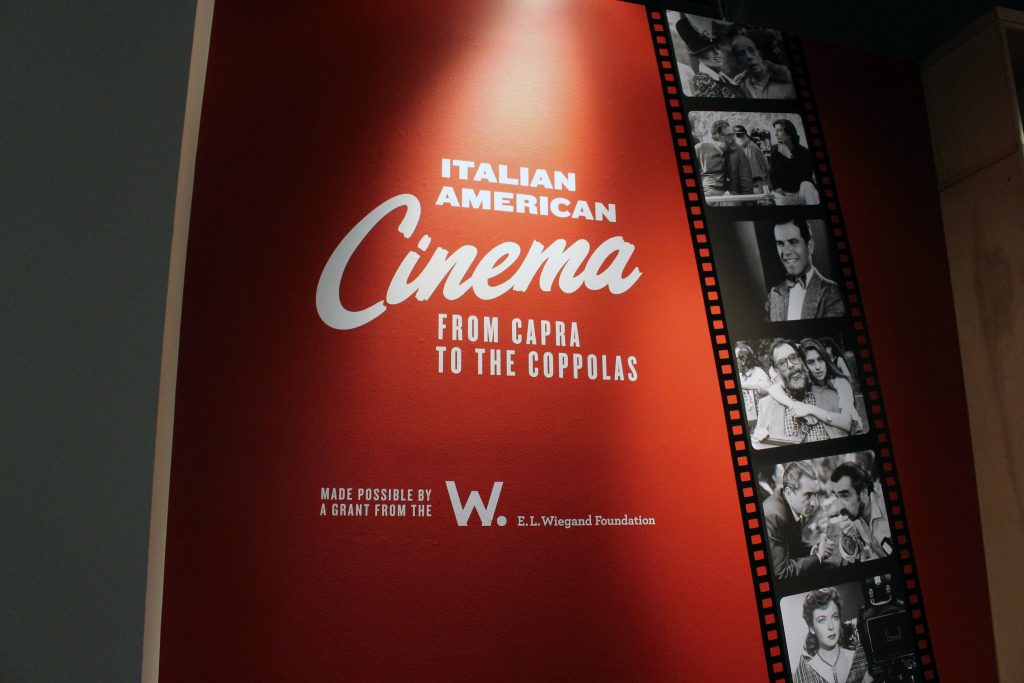 Scattered across the dimly lit hall of the Museo Italo Americano in the Marina District, trophies illustrate the legacy of Italian-American cinema.Francis Ford Coppola’s old, yellowed copy of “Heart of Darkness,” lay face up, turned to page 106. Scribbled in the margin of the left-hand side is a note to himself that reads,“ It was work that prevents him.”

SF State cinema professor Joseph McBrideco-curated “Italian-American Cinema: From Capra to the Coppolas,”an exhibit on the history and contributions of Italian-American actors, screenwriters and directors in the American film industry.

The exhibition, which runs Sept. 18, 2015 to March 6, 2016, highlights the impact that Italian-American directors and actors like Francis Ford Coppola, Frank Capra, Martin Scorsese, Robert DeNiro and Al Pacino had in portraying Italian culture to an American audience, McBride said.

“San Francisco is very famous for having a very lively and long-standing Italian-American community here. It’s a very big part of our city,” McBride said. “A lot of ethnic groups have contributed to American films in a big way. In the early days of movies, the patrons of films were often immigrants because films were not considered a very fashionable thing.”

In addition to the celebration ofachievements of Italian-Americans in cinema, the exhibit examines various themes prevalent in Italian-American film, such as family, community, assimilation, crime and stereotyping.

According to Museo curator Mary Steiner, Italian-Americans have always struggled with the way they have been portrayed in film. Historically, Italians have been depicted largely as a group of people whose world revolves around the mob and criminal enterprise. Family is a recurring theme in most Italian-American films, however,the family is most often represented with links to crime organizations like the mob, Steiner said.

Although not all depictions of Italians have been negative, Steiner said that even theloving exaggerations of the Italian-American community and its quirksare still inaccurate and one sided.

Though movies like “The Godfather,” “Goodfellas” and “Pulp Fiction” are beloved works of cinema, the Italian characters in them often reinforce stereotypes,like Italian-Americans having hot tempers or their tendency to speak with their hands, Steiner said.

According to SF State Italian professor Elisabetta Nelsen, many films depict Italian culture through one-dimensional caricatures that neglect the nuances of being Italian in the U.S.

“Italian-Americans mainly represent working class achievement,” Nelsen said. “Usually not that many Italian-Americans are represented as intellectuals who build university careers; they are more like individuals who belong to a close family that they love very much, and their family is pretty much their identity.”

Italian-American cinema has had an integral role in shaping Americans’ views ofthe Italian community, according to McBride. Some of the most important films have taken the Italian experience in the U.S. and encouraged the exchange of ethnic culture hesaid.

“The movies reflected and amplified those stereotype,” McBride said. “But, as better filmmakers deal with an ethnic group, they start to have more interesting stories with more variety and complexity in the characters, and that happened with Italian-Americans.”