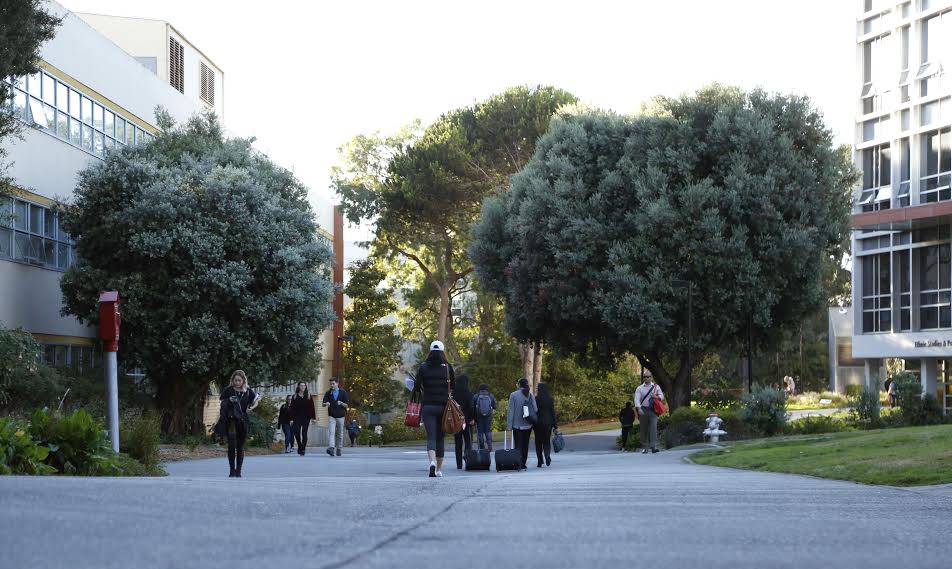 A female victim reported being sexually battered in the lobby of Burk Hall by an unknown male suspect Wednesday night, according to a university email sent out by Title IX Coordinator Luoluo Hong.

The suspect reportedly approached the victim on the pathway between Burk Hall and the Gymnasium. He initiated a conversation with the victim before following her into Burk Hall, where he then grabbed her, lifted her into the air, pressing his face into her stomach and breasts as he set her down, according to the email.

The suspect later sat the victim on a bench where he held her hand and repeatedly kissed her face, before she pulled away and walked to a nearby Muni platform, the report said.

After she pulled away, the suspect continued to pursue the victim until she was able to board a bus and leave the campus, according to the email, which said the victim did not sustain any injuries from the incident.

The report describes the suspect as 6 feet tall and in his early 20s, with a slender build, brown hair, brown eyes and a light complexion.

Golden Gate Xpress reported on a similar assault in the same area in February.

Anyone who may have witnessed the incident or who has information is asked to contact the University Police Department at 415-338-2222. Anonymous tips can be reported by calling 415-338-3030.