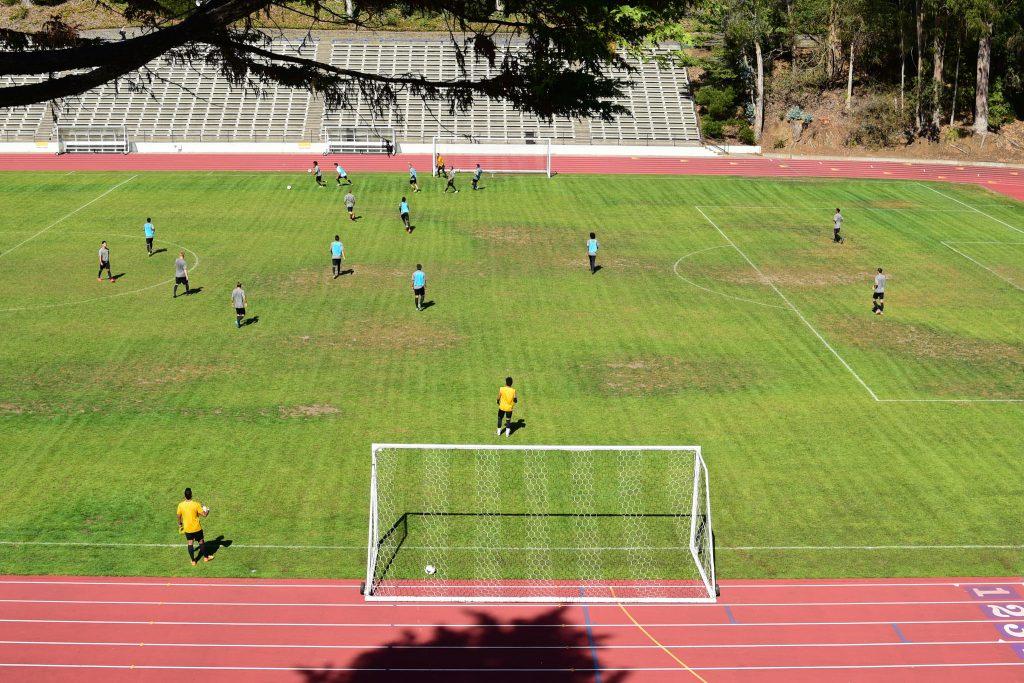 Choppy, bumpy, dying grass and a plethora of dirt patches define SF State’s soccer field. Time-management issues and the continuous use of the field cause Cox Stadium to look much worse than it should, according to Grounds Operation Manager Anthony Benson.

“The field is currently used by athletics, recreation, kinesiology and other outside groups,” Benson said. “We have a tight window to maintain it with all the activities, so we only get two or three hours a day.”

The poor condition of the pitch frustrates opposing teams, who aren’t used to playing on a field riddled with dirt-patches, according to men’s soccer head coach Matt Barnes.

“It’s hard for other teams to come and play on our field,” Barnes said. “The field is choppy and has a lot of dead patches. It’s the one field in the conference that everyone complains about.”

The men’s soccer team only had one loss at home last year, and they are currently undefeated at home this season at 3-0-2.

“Other teams don’t like to play here,” said co-captain and center back Max Talbert. “They aren’t used to how the field plays. For us, we practice here almost every day, so we know how to play on the field. It gives us an advantage at home.”

Benson said SF State’s home turf would be in better shape if his crew could work on the field at least four hours a day. During the summer, Benson said he and his crew had adequate time to take care of the field, and as a result it was in top-notch shape. The FC Barcelona team used the Cox Stadium field in July, and the pitch looked beautiful, according to Barnes.

For the field to go back to the shape it was in a few months ago, Benson said his crew would need a long period of time where the field was unused.

“We would love to have four to six weeks of no one on the field to give the turf time to recuperate, because you can seed it and have new grass grow,” Benson said. “But if everyone is running on it, it pretty much tears it up again.”

Benson said it’s very difficult to keep up the field with the time constraints he currently faces. He said the field won’t go back to being great until the end of October, when soccer season ends.

The numerous dirt patches should not increase concern for injuries though, according to SF State head athletic trainer Bryce Schussel.

“If the grass isn’t great, then we deal with that,” Schussel said. “Any field that we have athletes on, we do a scan if there are potential issues. I don’t see Cox (Stadium) as having any major issues, and we just work with what we have.”

Benson said the field isn’t in great shape and is nowhere near where he wants it to be. The best solution to the problem would be to build a practice field for the teams to train on, he said.

A practice field would mean that the Cox Stadium field would be used less, which would give Benson more time to reseed when needed, which requires a minimum of two weeks with no major disturbances to be successful, he said.

Overall, SF State’s home turf has the potential to be superb, if given adequate time to be nurtured, Benson said

“If we have the time to use the resources we need, the field will look great,” Benson said. “Once we are able to get in on the field, it can look just as good as it did when Barcelona was here.”