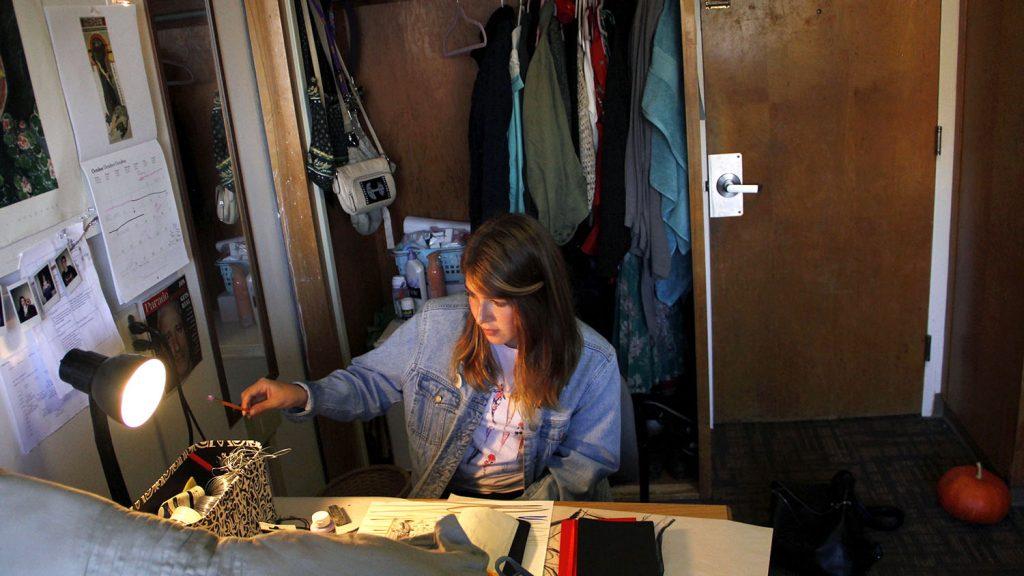 Odessa Blackmore, an 18-year-old freshman at SF State, said she was walking down Lakeshore Avenue in Oakland early one summer morning when she learned that a black man had been shot by police. According to neighbors near the scene, the man had passed out in his car with a handgun and refused to get out when the officers woke him. She said she waited for an official report to clarify whether the man had actually attacked the officers, but no such information was produced.

“It’s almost like people didn’t care, and I stood outside the yellow tape for a few hours and people were all talking about what had happened, and some people were saying terrible things like ‘Oh, how am I going to get to the farmer’s market now? I have to go all the way around the block,’” Blackmore said. “It was just so crazy that people have been so desensitized – like, a person was killed that morning, and they’re purely thinking about, ‘How am I going to get to my yoga class?’”

Blackmore, an art major, said she draws inspiration for her artwork from current social justice issues, such as the police shooting she witnessed in her neighborhood. She recently had three paintings on display in the Associated Students, Inc. monthly artist feature in the Cesar Chavez Student Center from Oct. 1 to Oct. 14. Blackmore said the portraits illustrate the way she views police officers, showcasing how she sees them as committing murders and claiming their actions as self-defense.

“It’s the most hypocritical thing, to be the person who is charging people of these crimes, but then to be hiding from your own,” Blackmore said. “In each one of (the paintings), I tried to portray emotion in their eyes, and by giving them emotion in their face, I wanted the viewer to think maybe not all police are necessarily just, and how we need to think about the checks and balances that need to occur in order to fix the system as it is.”

“Portraying people and events in a way that makes the audience think about important political issues takes courage,” Solomon said. “Artwork often gives a viewer the space to come to their own conclusions instead of someone didactically telling them what to think.”

Born and raised in Oakland, Blackmore said that police brutality has always been prevalent in her community. She said before she created the pieces in August, she would regularly see headlines announcing that police had shot yet another unarmed young person of color.

Gillian Bailey, Blackmore’s former art teacher, said Blackmore has a strong artistic voice and has always been expressive with her work.

“She is prolific and a great observer of the world around her,” Bailey said. “I have always enjoyed her ability to depict seemingly banal or ‘unimportant’ imagery in a way that elevates (its) importance and creates a preciousness to the subject matter or moment.”

Although she’s a declared art major, Blackmore said she is thinking of switching to a social justice-related major. She said she still wants to keep art in the scheme of things and wants to continue making pieces influenced by these issues.

“Odessa is one of the most unique spirits I have ever met,” said Lilith King-Smithson, a friend of Blackmore and a freshman at SF State. “Taking direct inspiration from instances such as the ones she does is important because those are the realest emotions – it’s raw material. I admire her work because it’s not sugar-coated or modified to fit an acceptable or popular criteria.”

Blackmore said her next project is photographing people who have personally experienced police brutality and are open to sharing their stories. She said she hopes her photo series will demonstrate how prevalent racial profiling is.

“I definitely want to make my art more relevant, in the sense of continuing to use news media and social justice issues and things that I’m passionate about,” Blackmore said. “Artwork can always be making something pretty or with good technique, but I think, at the end of the day, what can also be important is making something that is meaningful.”