Gators scrap out win against Coyotes 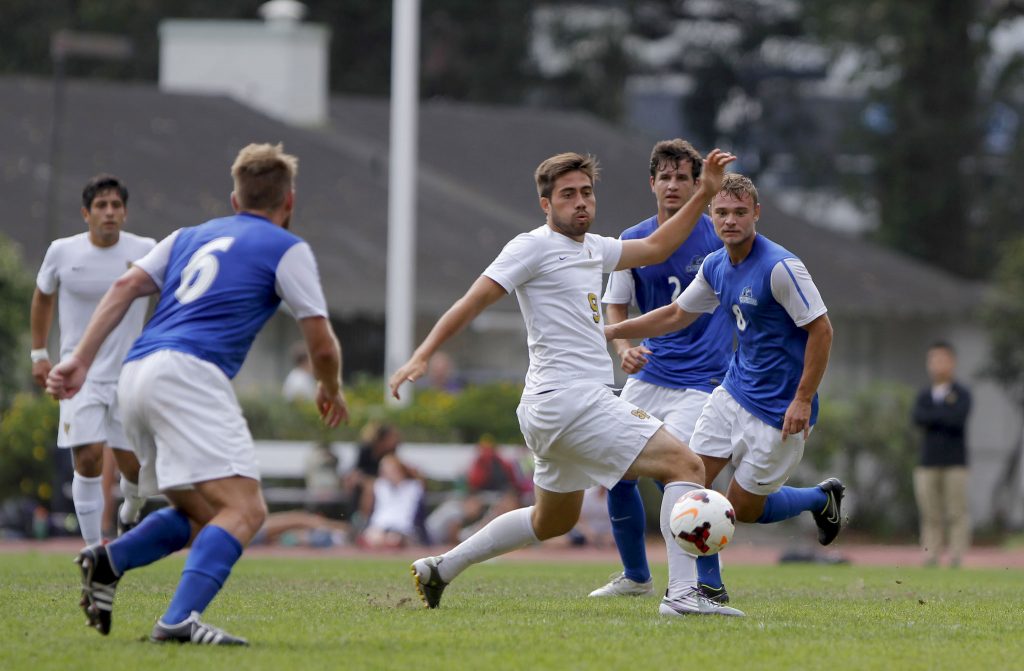 The game winner came off the foot of Gator forward Ashley Watson on a penalty kick in the 64th minute.

“There was a handball in the box, and we took advantage of the scoring opportunity,” Watson said. “I was able to find the corner and get the ball past the goalkeeper.”

The goal was Watson’s second of the season, and was a much needed boost for a Gators offense that has only scored twice in their past seven contests. The win was SF State’s first since Sept. 20.

“It was good to get out of that losing funk,” said midfielder Jordan Wusstig. “We had a long stretch of ties there, but we finally got back in the win column.”

“We’re ranked in the very top in terms of defense in the (California Collegiate Athletic Association),” said head coach Matt Barnes. “We started two freshman and a sophomore in the backline today, so the future is bright with those guys. It might take us 20 something shots to finally get a goal to go in, but our defense is always able to keep us in games.”

The shut-out was the Gators seventh of the season. The closest scoring chance for CSUSB came in the last five minutes of the first half, when Coyotes midfielder Tony Lo had a shot go off the crossbar.

There was no shortage of physicality on the game as well, with four yellow cards being shown to CSUSB, and one to SF State.

“The game was pretty physical and back-and-forth,” Wusstig said. “Guys were getting into it on the field.”

The Gators will look to extend their winning streak to two games this upcoming Sunday and improve on their 2-5-3 conference record against 17th-ranked Cal Poly Pomona University.