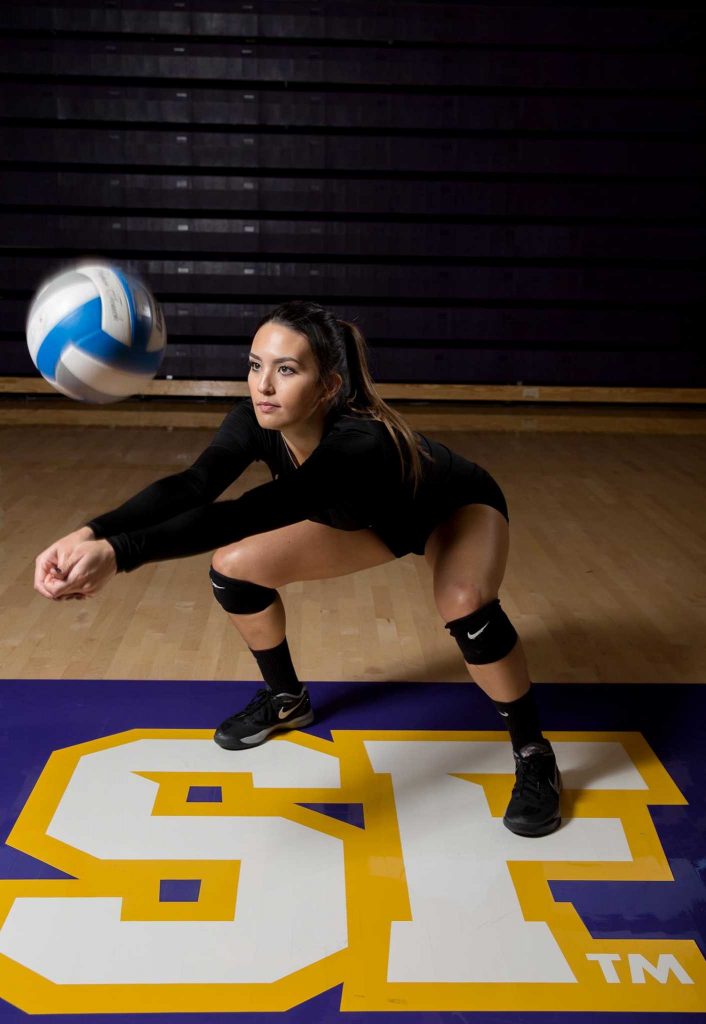 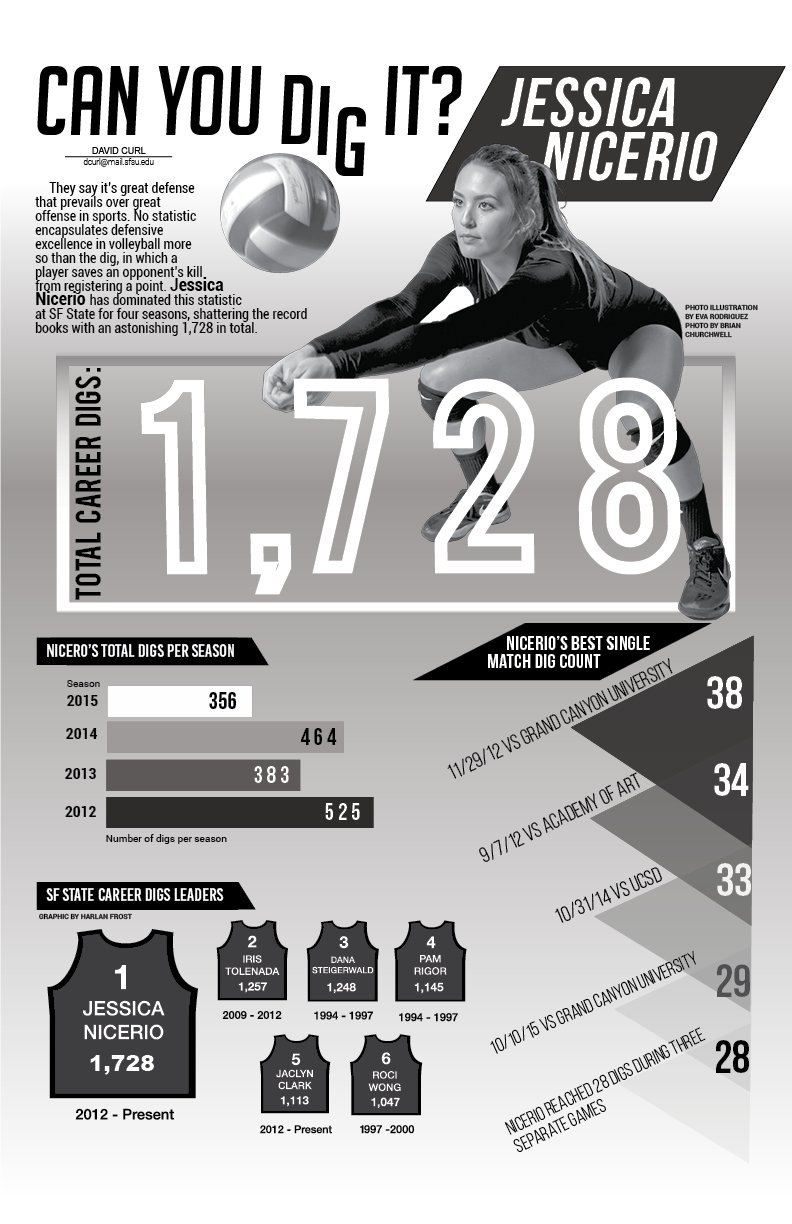 EXPLORE THROUGH THE BLUE STARS TO LEARN MORE ABOUT THE PLAYERS.

A dig is a defensive statistic in volleyball that is awarded when a player keeps a ball in
play that would have otherwise registered a point for the opposing team. Jessica Nicerio, a senior libero, stands center court in ready position. She stands alone as the all-time leader in digs for SF State.

Charts and graphics that describe Nicerio’s success in recording digs surround her image.

The bar graph to the left shows Nicerio’s numbers of digs per season. Nicerio has ranked in the top 10 in the California Collegiate Athletic Conference every season of her collegiate career, highlighted by her freshman campaign when her 525 digs landed her 2nd place among CCAA players.