Gator wrestlers look to take a bite out of tough competition 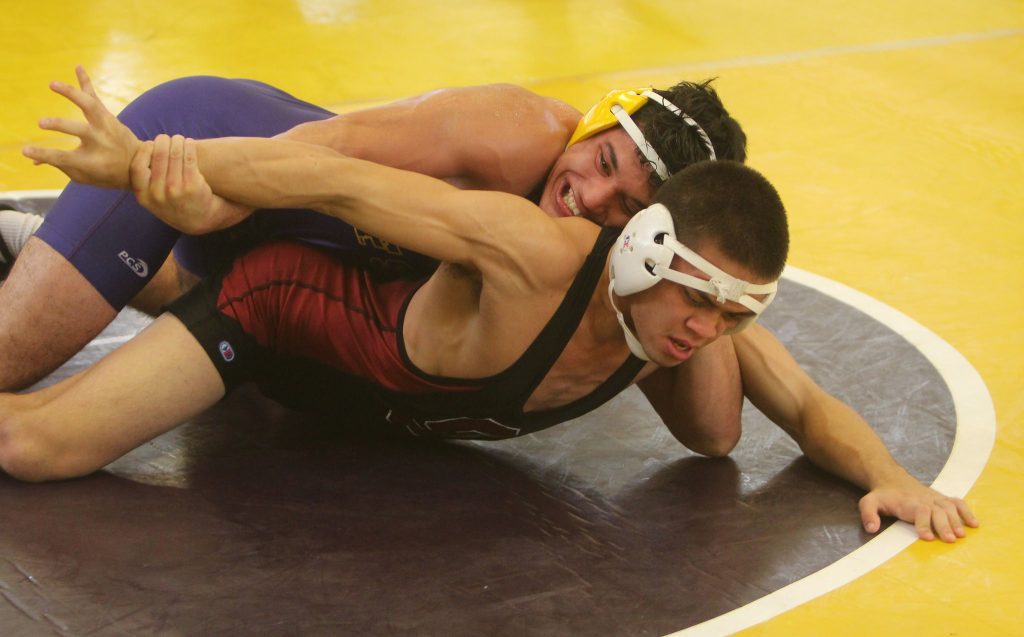 “Maybe next time I can have a slice, but I’m watching my weight right now,” Costa said.

Costa and fellow members of the Gators wrestling team will have their hands full this season when they face four Division I teams, according to head coach Lars Jensen.

“We compete against Cal Poly (San Luis Obispo), which is an outdoor meet,” Jensen said. “We’re very excited for that. We also have Old Dominion (University) on the schedule, which is a top 10 Division I school. We also face (CSU) Bakersfield and that little school down south, in between us and San Jose, that’s called Stanford (University).”

The tough schedule brings its fair share of challenges, according to 133-pound junior wrestler Jordan Gurrola, but he said he’s up to the task.

“Just getting the best competition that we can, it’s a way to improve, especially being the leaders of the team,” Gurrola said.

Gurrola and Costa said that the upgraded schedule is a great way to get in prime shape for regionals and nationals by the end of the season. Jensen said it’s his goal to try to get his team to All-American status.

“We had (Gurrola and Costa) last year, and this year they know what to expect on the big stage,” Jensen said. “We’re in a pretty tough conference, and we just need to win the right matches to be an All-American.”

Working on technique is one way the wrestlers said they could improve, but mental toughness was also a focal point for them these past few months.

“Getting my butt whooped every day by our assistant coach, that helps a lot,” Costa said. “He’s been a main part of helping the little things in my game.”

Gurrola and Costa are the leaders of the team, but they will be pushed by some young guns in the program, according to Jensen.

“We have a lot of eager young freshman that’ll challenge some upperclassmen in a lot of weight classes,” Jensen said. “We added some new pieces to the puzzle that we are really excited about, and I think they’re going to push some of those starters.”

The Gators recruiting class included out-of-state recruits from Texas and Florida. Robert Enmon, a freshman recruit out of Florida, was a 2015 state champion and three-time state placer. Gurrola said he’s excited about his new teammates and wants to focus on giving every ounce of effort he can in every match.

The Gators had their 48th annual SF State Community College Open Nov. 1. Their next matchup is at home against Cal Poly San Luis Obispo Nov. 7.