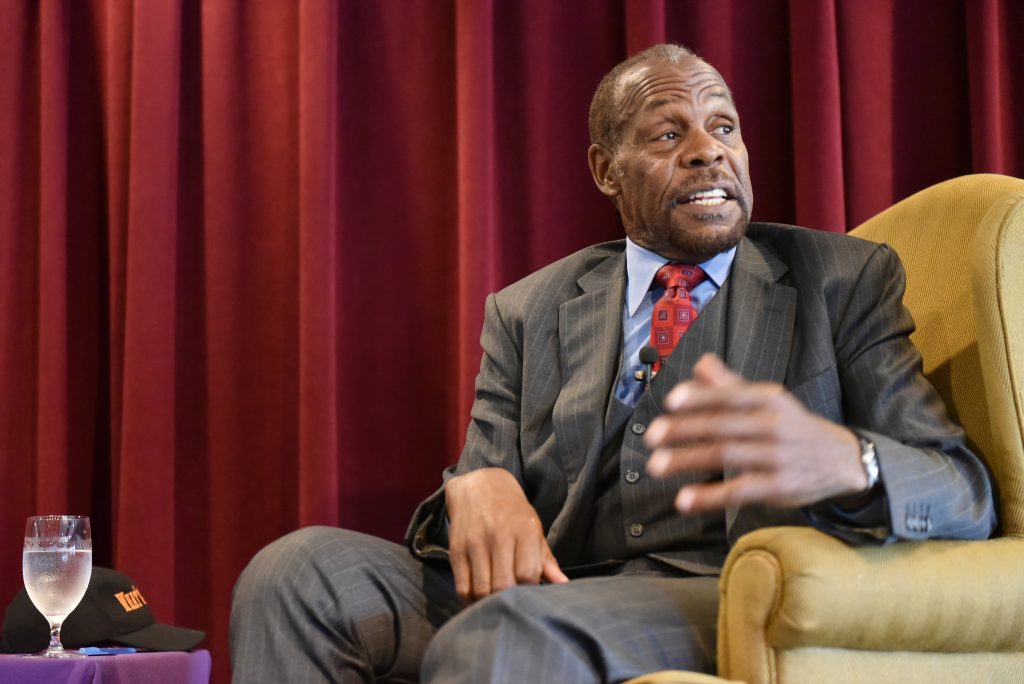 Actor, activist and SF State alumnus Danny Glover spoke about community activism and his experiences as an actor Saturday at noon in Jack Adams Hall as part of the College of Ethnic Studies’ 46th Anniversary Celebration.

Glover, who is best known for his leading roles in movies like the Lethal Weapon series, “The Color Purple” and “Predator,” stressed the importance of remembering to balance relaxation with responsibilities.

During his time at SF State, Glover was an active member of the Black Student Union, which he joined in a five-month, student-led strike for the establishment of the nation’s first School of Ethnic Studies, according to the event website.

“Danny Glover is remarkable,” said Director of Alumni Relations and Annual Fund Douglas Hupke, who organized the event. “He has starred in some of the best movies, and he is really gifted in everything he does.”

Entertainment personality and movie critic Jan Wahl sat down with Glover to discuss his activism in the community and his time at SF State in a question and answer forum with the audience. Glover said community work is important, and said it was what brought him to SF State.

A long-time proponent of affordable housing in San Francisco, Glover recently came out in support for Propositions F and Proposition I in the Nov. 3 election, which would have put limits on short-term rentals and halted housing construction in the Mission, according to the SF Chronicle.

SF State alumna Lana Wilson said she appreciated the event and hoped more alumni forums like Glover’s are planned in the future.

“It was nice to see people come back and learn the importance of giving back to the community,” Wilson said.

The College of Ethnic Studies 46 Anniversary Celebration continued Sunday with a benefactor reception and auction at 1 p.m. in the Seven Hills Conference Center.