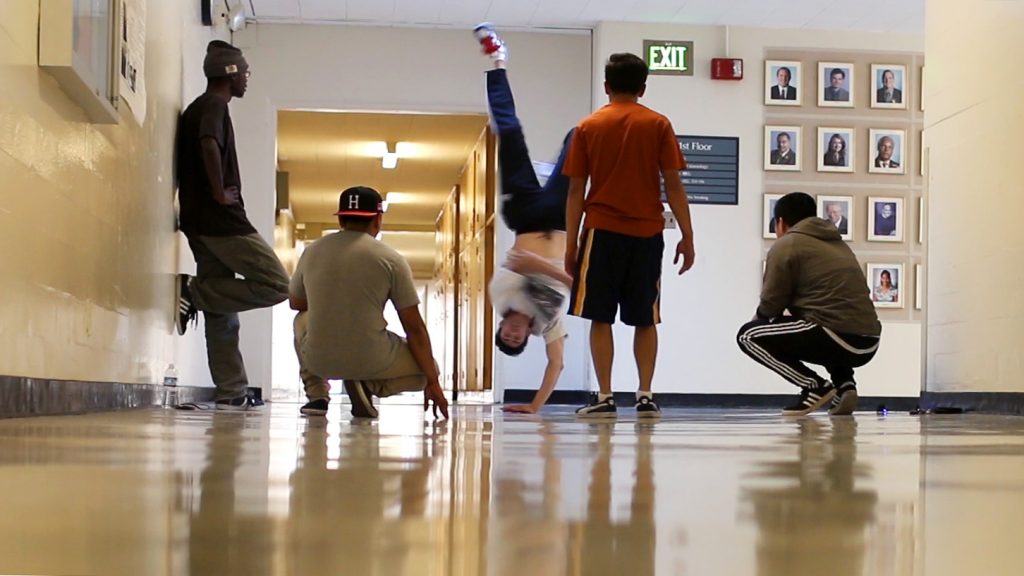 On a glowing TV set in a quiet living room in Gothenburg, Sweden, an MC dressed in a black turtleneck and trench coat strutted across the screen. A small, 10-year-old girl sat transfixed as the MC bounced to the rhythm of the synthesizers before staring the camera down with a challenging, confident gaze. Her eyes lingered for a beat until Feven, Sweden’s top female MC, broke into a series of sharp, quick verses.

Fourteen years later, Nilo Amiri remembers that scene as the moment she fell in love with hip-hop culture.

“Being of an immigrant background, coming from working class areas, I just related to it in a lot of ways,” Amiri said. “I felt like it was something where I could express myself as the individual that I am.”

Amiri said she grew up in Sweden, the daughter of Iranian immigrants, and moved to the Bay Area four years ago. There she attended De Anza College in Cupertino and joined 4 Elements Hip Hop, a campus club of which she eventually became president.

She transferred to SF State this January as a marketing management major and said she hoped to get involved in the hip-hop community but found that the University had no existing hip-hop organization.

“I just assumed, with SF State and all of its history, being the city it is, there would be a hip-hop group on campus,” Amiri said.

While searching for a club, Amiri reached out to assistant professor Dawn-Elissa Fischer, who teaches a hip-hop creative arts and cultural studies course and connected Amiri to students with similar interests.

“Hip-hop often helps people find their fit,” Fischer said. “When a new student comes to a large campus like SF State, having a welcoming and nurturing safe space like hip-hop is important.”

The group aims to develop the idea of hip-hop as more than just dancing and rapping, according to Amiri.

“We want to preserve a community and social-justice-minded perspective,” Amiri said.

Dibble said he hopes to foster the community-oriented ideals of hip-hop through Hip Hop State of Mind.

Amiri said she also wants the group to serve as a platform for career-building skills.

“I’ve learned a lot of life skills that are important for any person to have (through hip-hop),” Amiri said. “Public speaking, planning, organizing – I think there’s a lot of things students can gain from it.”

It’s those skills that Amiri said she plans on applying to her future career. Amiri currently works with Hip Hop for Change, a nonprofit group based in Oakland that aims to educate people about social injustices and solutions through hip-hop culture, according to the program website.

“Hip-hop is a great way to reach out to youth,” Amiri said. “Like we’re doing in our student organization, we’re giving them important life skills.”

Amiri said she believes her student group will serve as a hub for many people with a shared passion for hip-hop culture.

“I think hip-hop is a very positive force that people all around the world can identify with,” Amiri said. “I mean, that’s how a little 10-year-old Persian girl from Sweden got into it.”