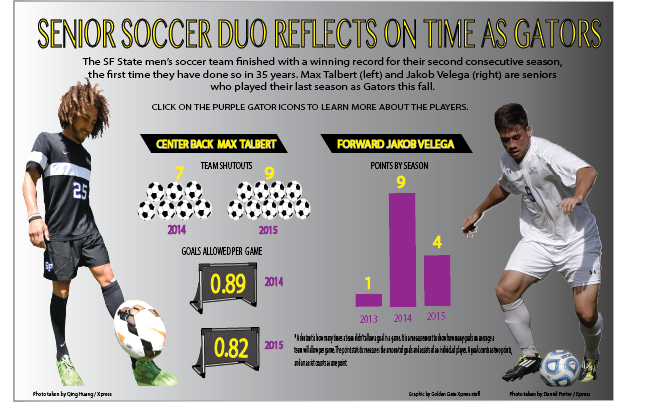 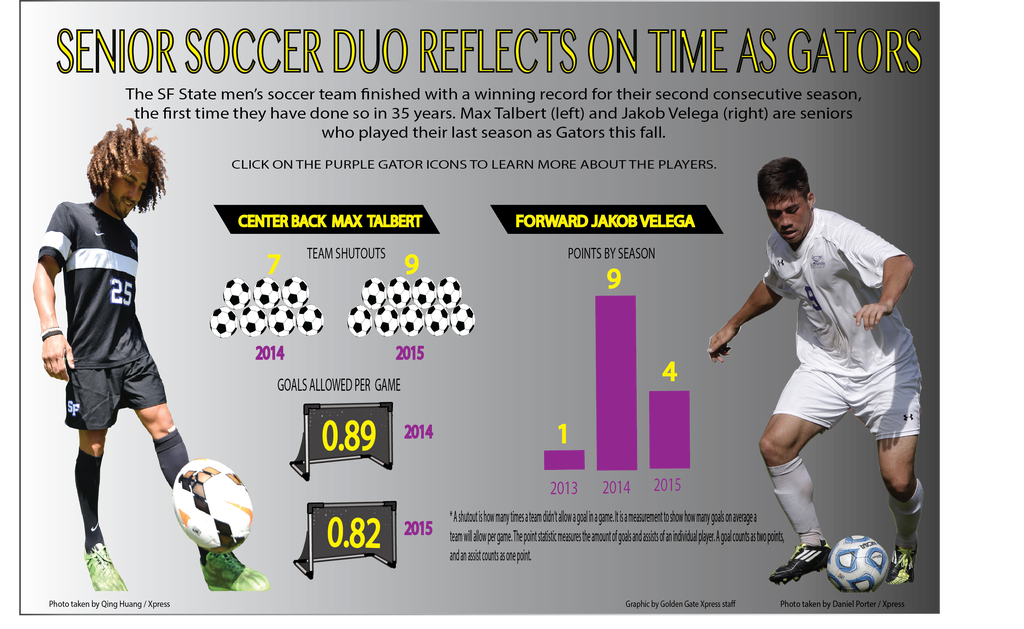 The SF State men’s soccer team finished with a winning record for their second consecutive season, the first time they have done so in 35 years. Center back Max Talbert and forward Jakob Velega are both seniors who played their last season as Gators this fall. Both were pivotal to the Gators resurgence in the California Collegiate Athletics Association.

Talbert transferred from Golden West College in Huntington Beach. After transferring in 2013, Talbert suffered a season ending injury and was only able to play in two games. In 2014 he was a part of a Gators defense that had a 0.89 goals against average, with seven shutouts. The following year he scored his first collegiate goal against Dominican University of California. He was also a key contributor to the Gators defense this year and had a 0.82 goals against average and nine shutouts. Talbert was named to the All-CCAA Honorable mention team in 2014, and was named to the First Team All-CCAA in 2015.

Forward Jakob Velega played for the Gators from 2012 to 2015. He played six games in 2012 and was named Gator Scholar-Athlete. In 2013 Velega played in 16 matches and had an assist. The following year became his breakout year where he was second on the team with four goals and nine points. He also had one assist in 2014. This season, Velega scored two goals, which was good for four points, which ranked fifth on the team.