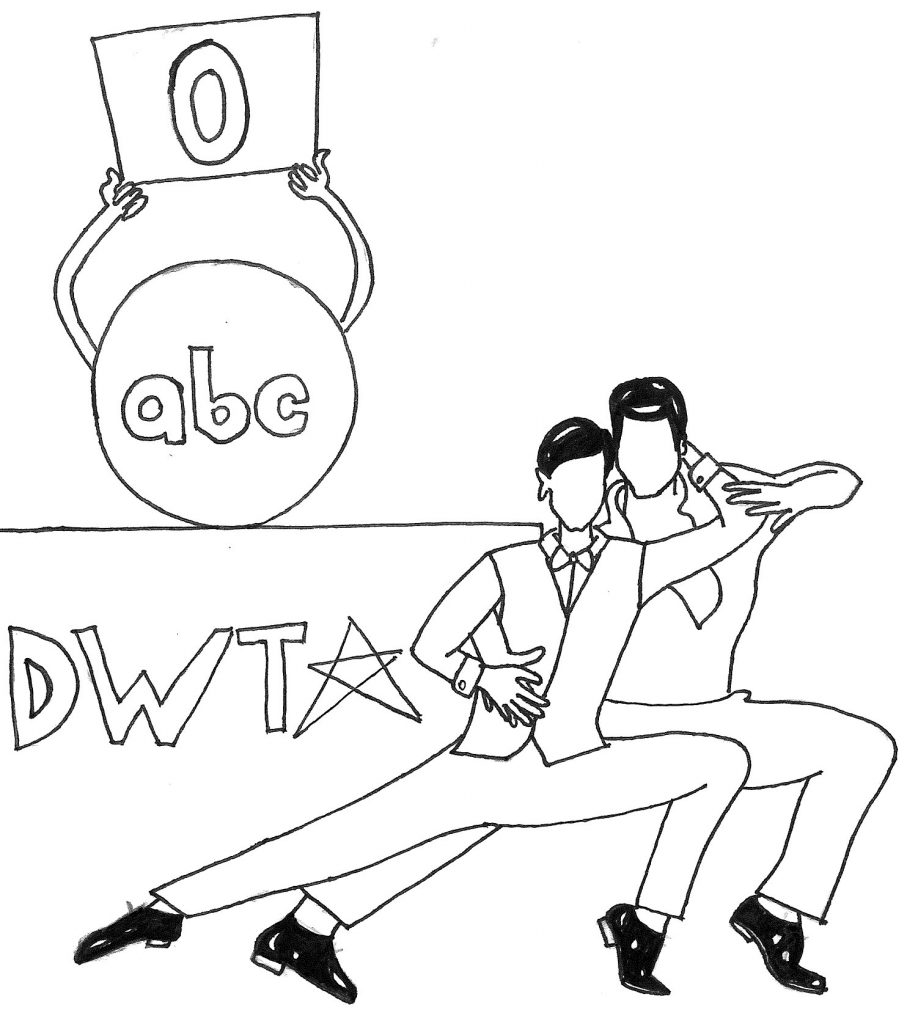 [/media-credit]It is a pretty accepting time for the gay community right now. It’s nowhere near perfect, but there’s been significant progress toward full acceptance. Unfortunately, some still believe gay people exist only to convert their children into Satan-worshiping sodomites. Seeing, let alone interacting with the gays, will send you and your children straight to a glittery eternal hell.

The ABC network is apparently one of the few that still believe that queer people aren’t family appropriate. While the network has gay characters in many of their adult dramas, their family-geared reality show “Dancing With The Stars” has yet to feature any same-sex dancing couples. ABC even rejected the idea of male couples dancing during an upcoming Who Is Fancy performance.

Who Is Fancy is a gay singer who is set to debut his second single “Boys Like You” Nov. 23 on “DWTS.” The song, which features Ariana Grande and Meghan Trainor, is about “a man falling in love with another man,” according to a report from TMZ.

According to TMZ, Who Is Fancy’s choreographer emailed a “DWTS” producer saying it would “be awesome to have two males dancing with each other.”  The network gave a “definitive no”  to Fancy’s camp. The network said they would allow “near dancing,” where two men dance with each other, but not close together. As TMZ pointed out, the “near dancing” is more like “a Cirque performance than romantic ballroom dancing.”

America’s version of “DWTS” has had gay contestants in the past and even features out judge Bruno Tonioli, but the show has never had a same-sex pairing of a professional dancer with a celebrity contestant. International versions of the show are more progressive and have actually featured same-sex dancing pairs. ABC seems to think American audiences can’t handle the harsh image of two men dancing together.

In the 2014-2015 television season, ABC featured over 250 hours of primetime television that’s queer-inclusive, according to GLAAD. From “How To Get Away With Murder” to “Modern Family,” ABC has shown they aren’t afraid to have headline-making queer-centric shows, so why can’t “DWTS” have male-on-male dancing during just one performance?

If ABC actually did allow same-sex dancing, I’m sure One Million Moms or some other activist group would rise from the pits of hell to scream about how “DWTS” is a family show, and they don’t need someone like Fancy teaching their children about sodomy. ABC may also not want to upset their main audience, senior citizens. No one wants to offend the old conservatives of America, since they’re the only ones who watch network television anymore. Why would ABC want to be responsible for millions of grandmas having simultaneous heart attacks as they’re forced to watch two men do the jitterbug?

Hopefully, ABC will let Who Is Fancy have his male dancers, and in the future, even let same-sex duos compete in the competition. The network is progressive in many of their scripted series – there’s no reason why two people of the same sex can’t wear sequined outfits and perform for America’s judgment.