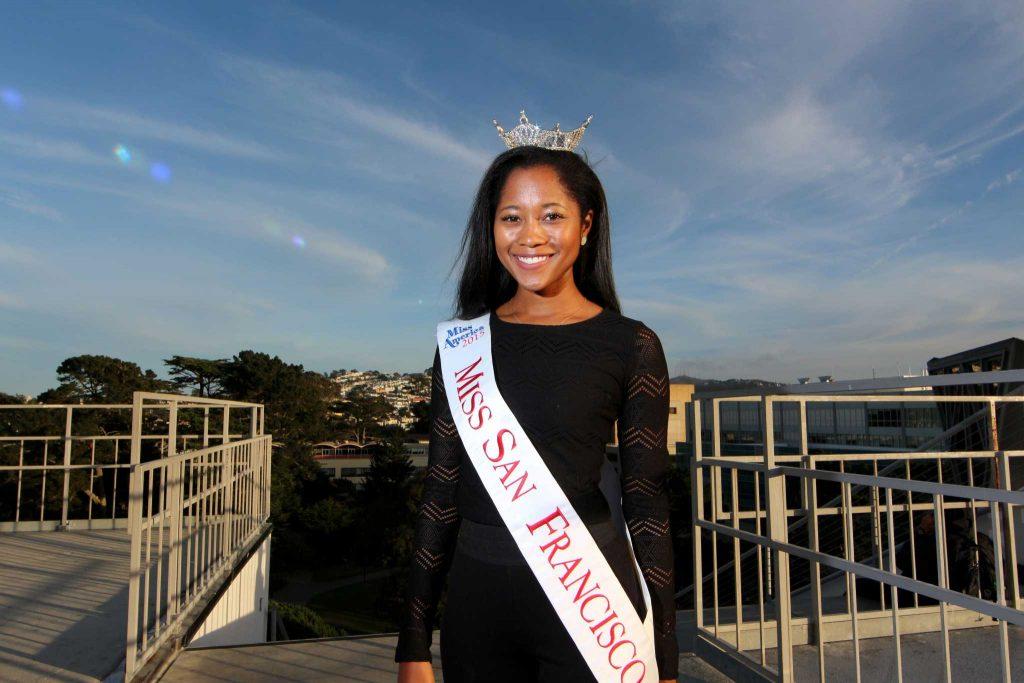 Stiles said that her love for San Francisco makes serving her community a rewarding experience.

“It’s really an honor to represent such a great city,” Stiles said. “Volunteering isn’t something that I see as a job or a duty – it’s more just fun.”

During the talent portion of the competitions, Stiles showcases her dance skills. Stiles was initially a dance major at SF State, but said she decided to switch to communications because she found it to be more practical.

“She gives back to the community through her passion for dance and never turns down the opportunity to serve someone in need,” said Jane Kennedy, Stiles’ friend, fellow beauty pageant competitor and student at University of California, Santa Barbara .

Stiles has competed in various pageants since she was 9 years old and said she hopes to be crowned Miss America one day.

“I’m a competitive person, and since I don’t like or play sports, I’m able to be competitive on a pageant stage,” Stiles said.

According to Stiles’ mother, Luz Stiles, her daughter was born with a tenacious spirit.

“She was a premature baby, but still strong,” Luz Stiles said. “It was a high-risk pregnancy, and she almost lost her eye. When I was in labor, she had a gash in her eye from a knife slip during an emergency C-section operation, and she fought through it and survived.”

Stiles said her relentlessness, conviction and penchant for competition fuels everything she does. Being one of the few people of color in high school, Stiles said she faced many problems on her own.

“I told her that I wanted to come help her handle it, but she said, ‘No mom, I can handle it,’ and I just admire her determination to stand up for herself,” Luz Stiles said.

“Before you win a competition, you have to go through interviews, where they take you into a room and they can ask you questions about anything that’s happening in the world,” Stiles said. “Education is scored just as much as outer beauty.”

Even though intelligence and talent are huge portions of the competition, being physically fit is a big part as well, according to Stiles.

“It’s important to me to prepare for the physical portion of the competition,” Stiles said. “To be physically ready is stressful, because you have to really be dedicated to going to the gym and eating healthy and just getting yourself in the mind frame to be ready to compete.

According to Kennedy, Stiles is an incredible role model and the best Miss San Francisco the city could ever ask for.

“Felicia is the hardest working person I know,” Kennedy said. “She is dedicated not only to growing and learning, but also encouraging those around her.”

“I think I embody what San Francisco represents as far as diversity because of my own history and cultural background, and I am honored to represent such an amazing city,” Stiles said. “I am bummed that I have to give up my title in March, and I really hope that I did a great job representing such an amazing city.”