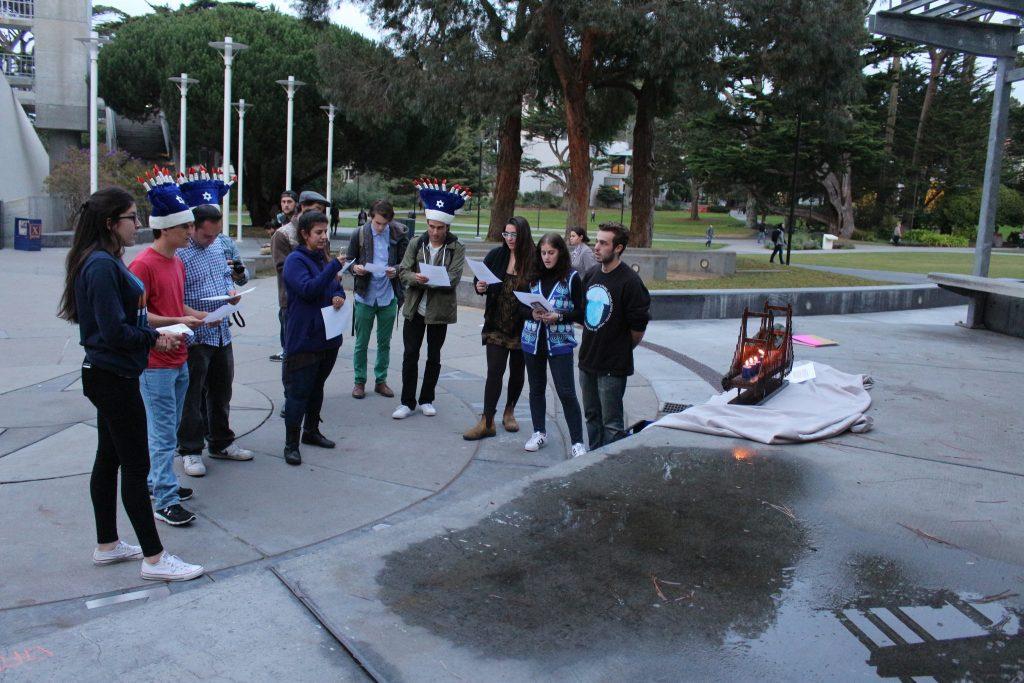 As the SF State community gets ready for the upcoming winter break, one student is preparing for an “alternative break” to help rebuild a community in San Marcos, Texas that was devastated by October’s severe flooding.

Jordan Weiser, a junior hospitality and management major, will be traveling with a group of about 15 people through the San Francisco Hillel, where he is the Shabbat engager, to help rebuild homes from Jan. 10 to Jan. 17.

“I first learned about the concept of an alternative break trip my sophomore year of college at Sonoma State University,” Weiser said. “An alternative break trip is when a group of college students travel to a destination and do some sort of community service. The service can range from building houses to putting on programs for the local community.”

The SF Hillel is spearheading the trip in conjunction with the Jewish Disaster Relief Corps and the University of Illinois Urbana-Champaign Hillel in order to bring young members of the Jewish community together to help another community in need, according to Weiser.

“Our organization is going to provide a helping hand to whatever is asked of us in Austin,” Elan Rodman, Immersion Coordinator for the SF Hillel said. “We’re providing assistance for the long-term recovery efforts.”

The flooding in San Marcos left two dead and caused severe damage and the temporary closure of the Austin-Bergstrom International Airport, after nearly 6 inches of rain fell within an hour Oct. 30, according to a CNN article.

According to Rodman, the group will first arrive in Austin, Texas before starting work in San Marcos.

Weiser said he expects to spend busy nine-hour days helping with important tasks to help the community get back on their feet.

“(What we do) is going to depend on where we’re actually working and what they need,” Weiser said. “What I’m picturing is that we’re going to be physically rebuilding homes; we’re going to be breaking things down and clearing away debris and things like that.”

“The participants will gain leadership skills along with becoming humble from the experience,” Kattan said. “They will also get to learn about a new state if they have never been there and get new perspectives.”

Those taking part in the trip have to each raise money to pay for their participation fee of $500 and for their plane ticket to Texas, according to Rodman, who recruits for two different adventures through Hillel and helps them fundraise for the trip.

“One of my favorite parts of the process is helping students fundraise and apply for grants to make the opportunity accessible to all students,” Rodman said in an email. “I’m really proud so many of the applicants have done amazing fundraising work, which also raises awareness about the disaster and work that is still needed in the Austin community.”

Weiser said he has already raised upwards of $200 to date through writing grant letters.

“I’ve been writing grant letters to Rabbi’s at temples, to Jewish organizations in the area, like the Jewish Community Center up here (in San Francisco),” Weiser said. “I’ve also been reaching out to family members that I’m close to and family friends. Basically, I’m just telling them that it’s for a good cause because it’s deeply rooted in Jewish values.”

One particular value Weiser said he hopes to demonstrate during his time helping in San Marcos is the Jewish concept of Tikkun Olam, meaning to repair the world.

“In Judaism, it is a commandment to ‘Love Thy Neighbor’,” Weiser said. “In this case, the community of San Marcos is our neighbor and while I personally have no connection to Texas, we are doing a mitzvah (a good deed) by helping out there.”