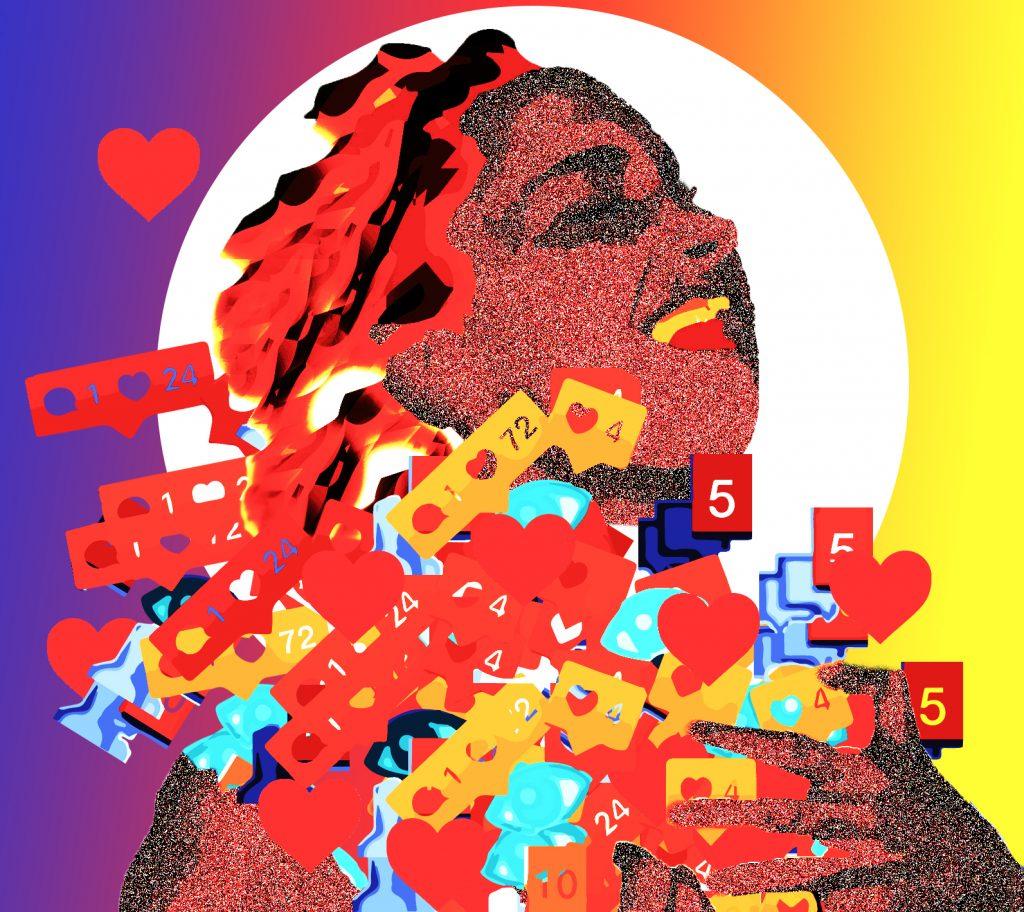 According to most people’s Instagram accounts and Snapchat stories, a typical week consists of house parties, crowded bars and shenanigans with their roommates. And cats, because for some reason, this generation really loves cat pictures. For most young people, however, a normal week actually just consists of work and/or school, a couple of nights spent Netflixing (with or without the “chilling”) and maybe hanging out with a few friends.

We, as millennials, as much as I hate to use that word, essentially use social media as a self-validation outlet. Social media platforms weren’t necessarily originally intended as such, but the ways in which we use them have turned them into one big, portable ego boost we can access whenever we so choose.

For example, Facebook was intended as a way for college students to connect with other college students, but has morphed into a place to post political articles alongside two-paragraph-long rants to enlighten our Facebook “friends” about how socially aware we are.

Although Instagram was initially created as a space for photographers to showcase their work and connect with other photographers, we collectively use it for our super-filtered pre-party selfies and to enlighten the world as to what we’re having for breakfast so everyone knows how healthy we are. Except for hipsters, who use it for strategically angled pictures of the Golden Gate Bridge and black and white photos of their friends’ band practice.

Hipster or not, however, we all see Instagram as a sort of competition—whether or not we admit it, we’re constantly comparing our likes and follower count to those of our friends, and worrying if our pictures aren’t getting as much attention as we think they should. Just like in The Chainsmoker’s viral #Selfie song, “I only got 10 likes in the past five minutes. Do you think I should take it down?”

I myself am guilty of sending a picture to friends to ask them if I should post it, asking my brother to come up with witty captions for my bar photos and getting my roommate to filter pictures before I put them on Instagram.

Similarly, Snapchat is rumored to have been created as a way for college kids to “sext” each other, since the videos and pictures sent over the app disappear after ten seconds. Although some people undoubtedly use the app for this purpose, we primarily use it to take blurry videos of whichever club we’re at, to show the world how cute our collective cats are, and to demonstrate how healthy and artfully arranged our meals are. Like the old adage goes, if bae makes dinner and nobody is around to Snapchat it, did it get eaten?

Thanks to Snapchat’s feature allowing users to see who views the content they post to their stories, the Snapchat equivalent to a Facebook status, we can see exactly how many people are looking at our respective club vids, cat pics and food photos, which can either contribute to or detract from the size of our egos. Just yesterday someone was complaining to me that “only 85” people had viewed his Snap story that day.

Instead of using our numbers of likes, followers and views to feel better about ourselves, we should use social media for ourselves. Facebook posts, Instagram photos and Snapchat stories can be a good way to remember the most interesting political articles we’ve read, document the especially poppin’ clubs we’ve been to and remember the most exceptional things our cats have done. It’s only when we use them as a competition that it becomes excessive.