Wrestlers ready to throw down at major tournament 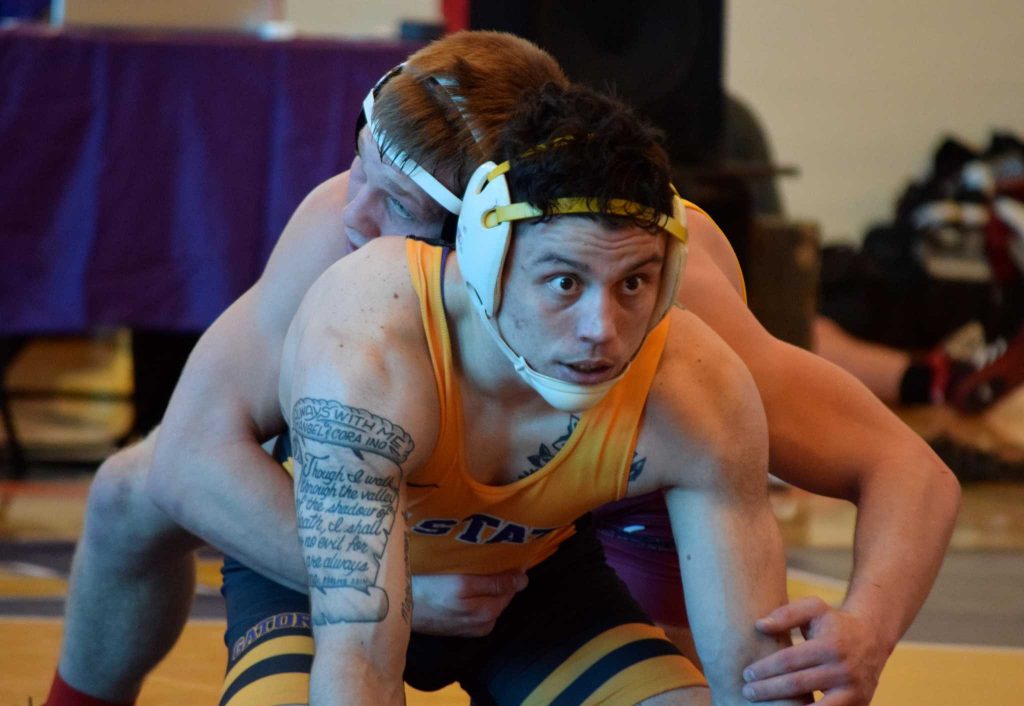 With a 52-year tradition on the line, the SF State wrestling team is looking to send a wrestler to nationals for a 53rd straight year.

The NCAA Division II Super Region IV Championships start Feb. 26 and will be held in Gunnison, Colorado. Only the top four wrestlers from each of the 10 weight classes who place in the regional tournament will advance to nationals, which will be held March 11-12 in Sioux Falls, South Dakota.

The Gators have one more regular season meet to compete in tomorrow, against 10th ranked Menlo College. After the match with Menlo, head coach Lars Jensen said his wrestlers will be focused on the regional tournament ahead.

“We’re looking to get five or six into nationals,” Jensen said. “That’s our goal. To get an All-American or two, that’s just the cherry on top or everything. We just have to keep working hard and getting after it.”

Sam Alnassiri, Travis Ino and Fern Giron are well on their way to competing for a spot in nationals, and possibly achieving All-American status. All three are ranked in their respective weight classes in the Super Region IV. As of Feb. 9, Alnassiri was ranked third in the 285-pound class, Ino was ranked fifth in the 157-pound class and Giron was ranked sixth in the 133-pound class.

Alnassiri, who placed third at the Rocky Mountain Athletic Conference championship on Jan. 31 and has a 19-9 record, said the Super Region IV Championships are going to require more preparation than any other meet.

“We need people to get in (the gym) earlier and put in extra work,” Alnassiri said. “(They need) to go run on their own time.”

Focus is important, but so is every SF State wrestler pitching in during the Super Region IV Championships, according to Alnassiri.

“The redshirts and the freshmen have to beat up older guys and starters,” Alnassiri said. “Even (our) seniors that are not starting, we need them to beat up on the other 10 starters.”

One senior who will look to step up and help the team prepare for the regional tournament is Gabe Fuentes. Fuentes, who was recently honored during SF State’s wrestling senior day, said team chemistry is crucial for succeeding in any meet.

“Team is the key word,” Fuentes said. “We are all pretty solid wrestlers individually, but sometimes, on any given day, we falter as a team. I think we need to stay accountable and really stick together.”

Fuentes said there are some positives to the Gators’ wrestling style, and some things that need to be improved.

“We need to improve on the mat,” Fuentes said. “But on our feet, we are very skill-oriented. We are not all superstars, but we really battle on our feet.”

Despite more than 13 schools competing in the event, Jensen said he likes his wrestlers’ chances of getting into nationals.

“We’re definitely the underdogs going into most situations, so I like this team,” Jensen said. “They work hard, and we have to plunge away.”