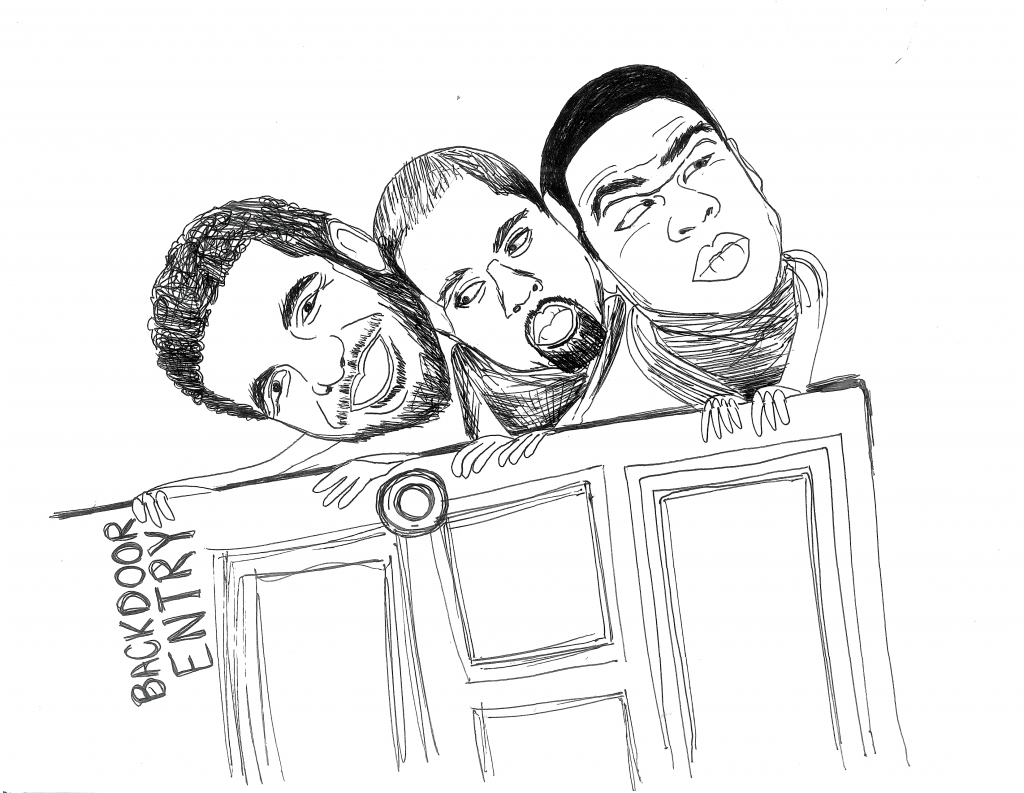 It was also recently revealed by Amber Rose that even Kanye West enjoys a little butt play.

“Awwww @kanyewest are you mad that I’m not around to play in ur asshole anymore? #FingersInTheBootyAssBitch,” Rose tweeted.

Kanye came back at Amber with a response nearly a full day later.

“Exes can be mad but just know I never let them play with my ass…I don’t do that…I stay away from that area all together,” West tweeted.

Yet not only Yeezus has had to fend off booty-finger rumors as of late. The “Champagne Papi” himself, Drake, is rumored to have let a couple visitors in through his backdoor. In addition, 50 Cent, one of the most hyper-masculine rappers of the early 2000s, tweeted “I got this freak in my asshole right now. Just thought I’d share that with you” in September 2010.

Following Yeezy’s Twitter spat, I couldn’t help but think about why other men like himself are so defensive once their kink is exposed. Perhaps I’m desensitized due to my queer identity, but it’s also 2016, and it shouldn’t be a huge ordeal every time it’s revealed that yet another straight guy likes his butt teased. I also understand, however, that the cultural construct of masculinity within our society provides little room for straight men like Ye to explore their sexuality beyond heteronormative boundaries.

This much was clear in the Internet’s response to Kanye and Amber’s twitter exchange. Shortly following Amber’s comeback tweet, Twitter was full of an array of disparaging memes, including the now-infamous hashtags, “#FingersInTheBootyAssBitch,” and “#KanyesAnalPlaylist.”

It seemed as though no one addressed the fact, however, that both Amber’s response and the subsequent memes that followed were dripping in veiled homophobia. Gay or straight, nobody deserves to be shamed for their sexual preferences. Amber mentioned Kanye’s kink in an effort to silence him, in an effort to undermine his masculinity. She was essentially implying that he was less of a man, less of a father and less of a husband, all due to the fact that he liked a couple fingers in his backside.

If Kanye, Drizzy and even the “Candy Shop” owner himself all like to have the crack in the back attacked every once in awhile then I’m not going to give them flack for it, and neither should the rest of the Twitterverse.