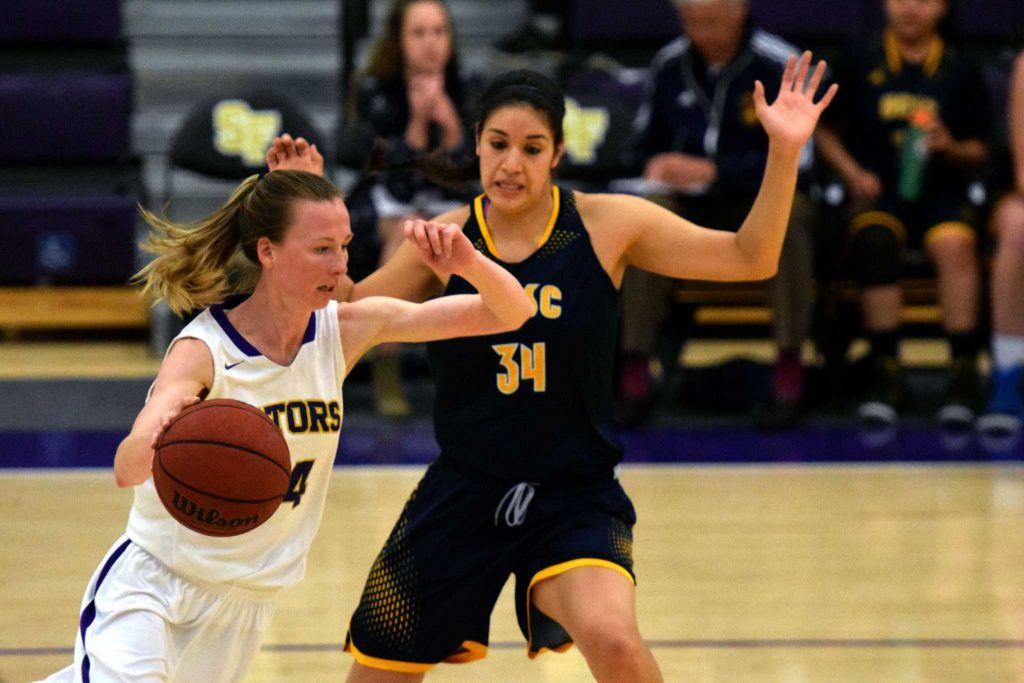 “I thought we played like a team, maybe more than we have all year,” Gator’s head coach Dennis Cox said. “I mean, we had 20 assists on 30 field goals. It really shows how far we’ve come in terms of playing together and our ball skills. We’ve really worked hard on those things.”

The game was off to a slow start with both teams sinking only 40 percent of attempted field goals in the first half, but guard Tatsiana Dashkevich lit it up from the 3-point line in the third quarter. She sank two 3’s in a row — followed directly by a 3-point assist to point guard Felicia Villarruel, giving SF State a 12 point lead.

“I think we just came out stronger,” Dashkevich said. “We talked about mistakes we made in the first half and we adjusted. We have to make those shots.”

Cox gave much of the credit for the win to SF State point guard Felicia Villarruel. Cox said he moved her to point guard out of necessity, and while he’s always known she could shoot, he admitted that he didn’t know she could run the team the way she did. Cox says Villarruel’s emergence has really made a big difference.

“For me, from the beginning of the game we started off kind of weird,” Villarruel said. “We felt kind of all over the place in the first half, and I think that’s why we probably didn’t shoot as well. Once we got the hang of it, I think everything just flowed into place. Just having a feel for the game and for my teammates is a big deal.”

With a chance to go for five consecutive wins on Saturday, Feb. 20 against Sonoma State, coach Cox said he hopes the Gators can keep up their momentum.

“That game means a lot to us if we’re going to stay in the hunt for a playoff spot,” Cox said. “It’s critical that we can have some success there against a team that we know we’re always going to get their best shot. They’re every bit as good as we are and we know that. We know it’s going to be a battle.”