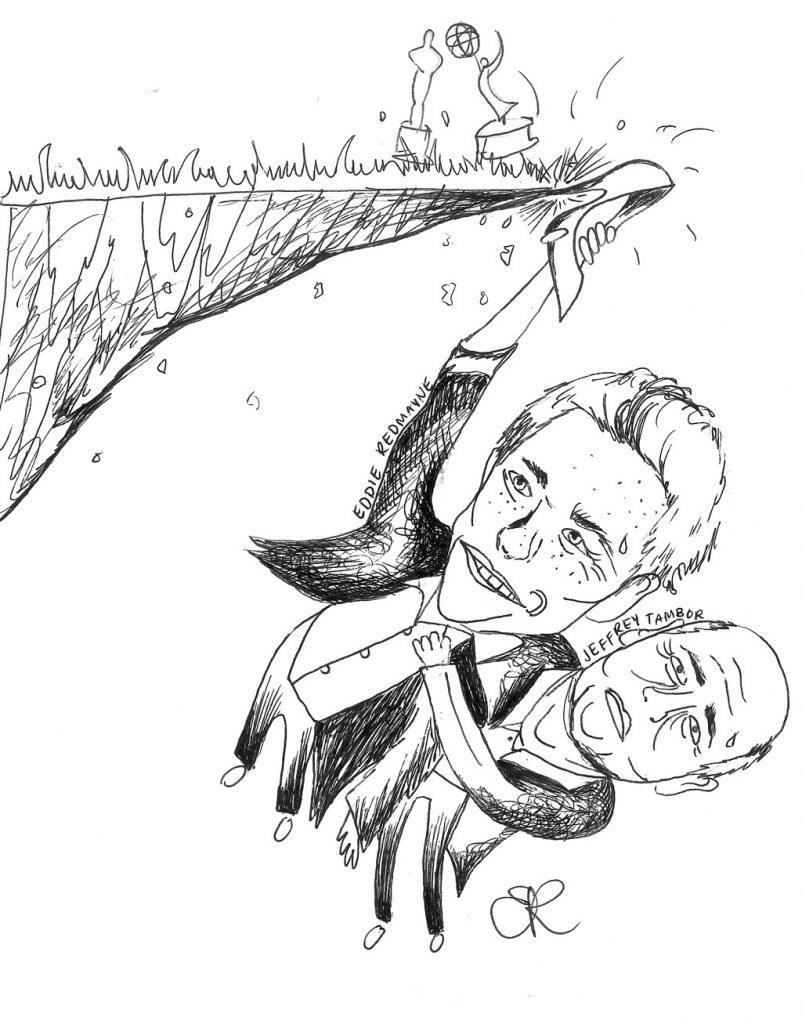 When I heard the news that a movie would be made based on the life of transgender pioneer Lili Elbe, I was cautiously optimistic. When I heard that Eddie Redmayne, a cisgender actor, would be playing Elbe, that optimism plummeted. This isn’t the first time a cisgender actor has been cast in the role of a transgender person. In fact, Redmayne’s casting is just the latest in a long, disappointing trend.

Critics have lauded cis actors who play trans roles and called their work important, groundbreaking, even radical, but in reality, casting trans people in Hollywood movies would be the more radical move.

“Dallas Buyers Club” was criticized for putting an established cis male actor (Jared Leto) in the role of a trans woman, yet the movie and Leto went on to win several Oscars. “Transparent” came under fire for the same problem with Jeffrey Tambor, but the show and Tambor also went on to rake in several awards.

During the BAFTA Awards in London, Redmayne spoke to BBC News, which tweeted that the actor said it was “extraordinary” how trans issues have only come into the mainstream media following “The Danish Girl.” I hate to shatter his illusion, but trans people have been around long before this movie, and have been campaigning to bring trans rights into the mainstream for decades.

Cis allies are an important part of trans progress, but we need them to listen, and we need them to speak up for us and not speak for us. I can accept that it was a slip-up, but I can’t ignore it and I can’t hand-wave it away like so many others have. If you’re a cis person and you’re going to take on the task of playing a trans role, and you really feel it’s your right and that you’re the best person for the job, then you need to learn, you need to listen and you need to use your platform to truly help the community.

A lot of people have also come to Redmayne’s defense, saying that his comment may have been misinterpreted, and that while his wording might have been poor his intentions were good. There is a part of me that can’t fully blame him. While the trans community is incredibly helpful among one another, we still have mixed emotions about giving cis people access to these conversations.

Redmayne’s comment incensed a lot of the trans community, myself included. The comment displayed a level of cluelessness that is unacceptable for an actor who claimed to have spent months studying and receiving guidance from trans women in preparation for his role. Where are all those enigmatic trans women apparently hired to educate cis male actors about the lives they’re supposed to portray? Leto and Tambor also mentioned having a wealth of trans consultants to come to for advice.

I for one am very wary when a cis person says they have “some questions for me.” It usually means they want to ask me very specific questions about my identity or very broad questions about trans identity as a whole. I’m not a spokesperson for the trans community. You have a computer in your pocket. You can access Google for free. It’s not my job to educate you.

I can’t be the only one who notices how absurd it is that these movies and shows have the resources to find and hire (at least I hope they’re getting paid) trans consultants, but not, I don’t know, actual trans actors.

“The Danish Girl” is being sold as a movie that will make a difference for the trans community, but so were other movies before it, and yet, transphobic violence has been reaching historic rates, with more trans people reported killed in 2015 than any other year, according to the Human Rights Campaign.

Hollywood needs to stop pretending that trans actors don’t exist. Trans actors not only exist, but they’re in need of work. When you cast a cis person in a trans role, you’re taking away roles that were written for them.