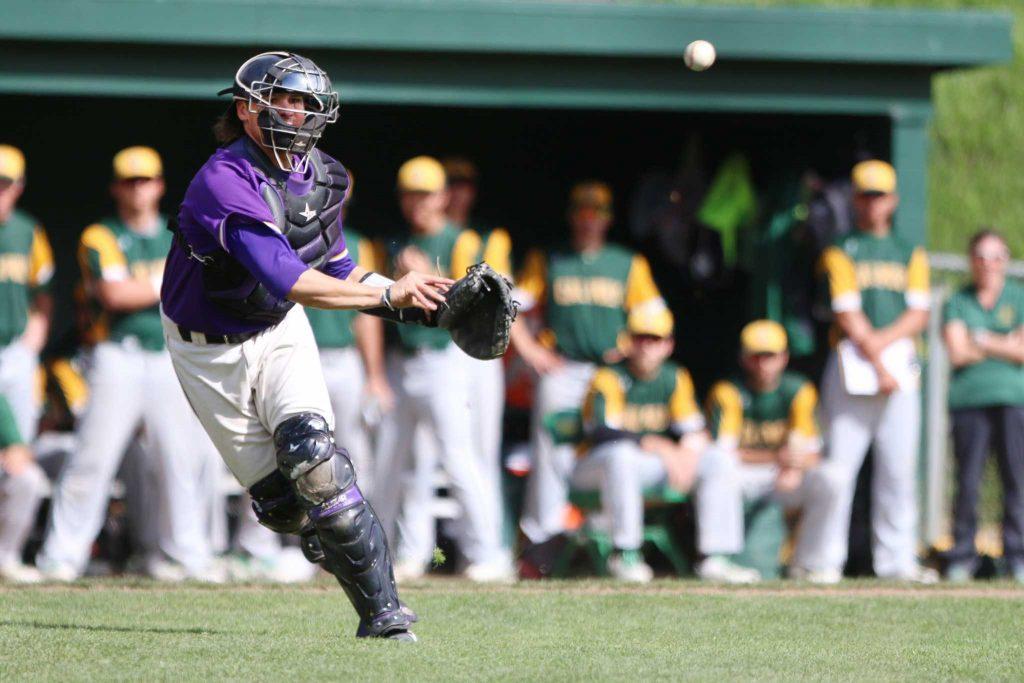 SF State Gator catcher Carter Gambrell (11) throws the ball toward first base for an out during the top of the sixth inning of their 9-4 loss to Cal Poly Pomona at Maloney Field on Sunday, Feb. 28, 2016. (George Morin / Xpress)

The SF State baseball team had its five-game winning streak snapped Sunday, as they fell to the Cal Poly Pomona Broncos, 7-4 The loss was the continuation of game two of Saturday’s doubleheader.

The two teams then played another game, the final match-up of the series, but it did not go well for the Gators as they were crushed, 9-4.

“I feel like we really had an opportunity to win the series,” head coach Tony Schifano said. “We just flat out couldn’t get in done. Cal Poly Pomona really took it to us.”

The Broncos struck first in the series finale, taking a 1-0 in the first inning. A four-run fourth inning would prove to be enough to secure the victory as they took a 5-0 lead.

The Broncos’ starting pitcher, Peter Bayer, shut down the Gators. The team’s strikeout leader fanned 10 batters, all while shutting out the Gators in six and two-thirds innings work.

It wasn’t until Bayer was pulled (with runners on first and second) that the Gators would score. With the bases loaded, two outs and two strikes against him, pinch-hitter Ryan Burke drove in two with a base hit to left center.

“I know a base hit brings us back in it,” Burke said. “All week we’ve been working on a two-strike approach, so I was pretty comfortable.”

Burke’s seventh inning knock brought the Gators within three, but the Broncos countered with a four-run eighth inning. The Gators managed to score two in the bottom half of the eighth but would be shut down in the ninth.

Designated hitter Mike Phelan said the team was unable to stop the Broncos because of pitching and defense.

“I mean, we scored four runs,” Phelan said. “If our pitching and defense is there, we win the game.”

Phelan went 2-for-2 on the day with two walks, but was stranded each of of the four times he reached base.

“We did win game one and it’s a big win for the program,” Schifano said. “It showed our guys we can compete with (one) of the best in the country.

The Gators will look to end the two-game skid against the Cal State Dominguez Hills Toros on Saturday, March 5. at 11 a.m. in Carson.