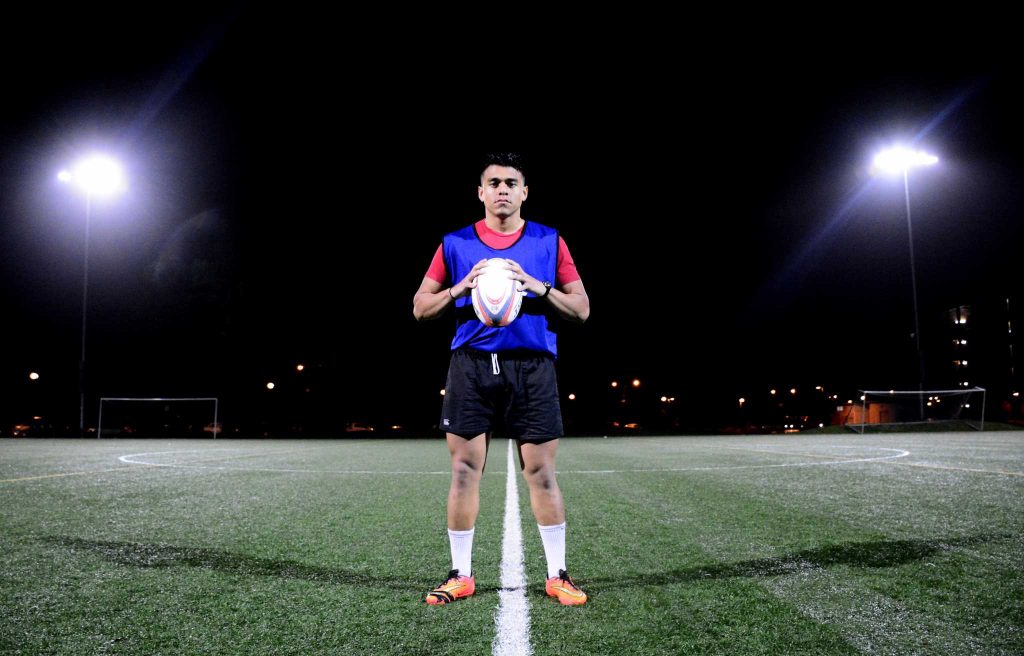 Tutupoly, 23, is not only a student and a captain of the rugby club, he is an active member of the United States Marine Corps Reserve. The senior has spent the past three years in the USMC Reserve and said it has taught him to have a sense of urgency and discipline.

“It makes you grow up a lot,” Tutupoly said. “It makes you realize there is a lot of time in the day, and it’s just up to you how you utilize it.”

Part of Tutupoly’s Marine unit is set to be deployed this year, but he will postpone his deployment in order to graduate.

Like his teammates, Tutupoly practices three times a week, except he is required to spend one weekend a month on duty at the USMC Reserve Center in San Bruno.

Rugby coach Dean White said Tutupoly’s military experience has helped him both as an athlete and a leader.

“Leading by example is key,” White said. “Zeth is an excellent leader. He understands sacrifice and what it takes to succeed as a team.”

Tutupoly grew up in South Sacramento, a neighborhood with a rough reputation. Because of this, Tutupoly’s mother didn’t give him much freedom growing up, but that changed when he attended Monterey Trail High School in Elk Grove.

It was there that he developed a passion for sports. He played football and tennis for four years and wrestled for three. Now the sport of choice for Tutupoly is rugby.

Tutupoly’s role on the SF State rugby team is being a backs captain, and he plays the inside centre position, according to White. It is a key position when attacking, as an inside centre’s decisions make or break a play. They often receive the ball upon running into the defensive line, forcing them to decide whether to kick, pass or break tackles in order to score. Being an inside centre requires Tutupoly to be quick and agile, but he said his athletic background has really helped.

He said the hardest part about balancing school and athletics is the freedom you have as a college student.

“College is a completely different beast,” Tutupoly said. “You actually have your own freedom to go to practice, go to work (or) not do any of those.”

Tutupoly didn’t know anything about rugby until walking through the quad one day on campus when someone from the club persuaded him to show up to one of the practices.

“Some dude just throws this oddly shaped ball at me and asked if I’ve ever heard of rugby,” Tutupoly said. “I kind of missed football, so I showed up to the practice and automatically fell in love.”

Since joining the rugby club, Tutupoly has not only excelled in the sport, but his teammates see him as a true leader.

“I’d say Zeth has some of the best qualities on the team,” Tutupoly’s teammate Nate Visiliaf said. “We’ve been on the losing side of a lot of games this season and Zeth’s the guy, 79th minute, picking our guys up.”