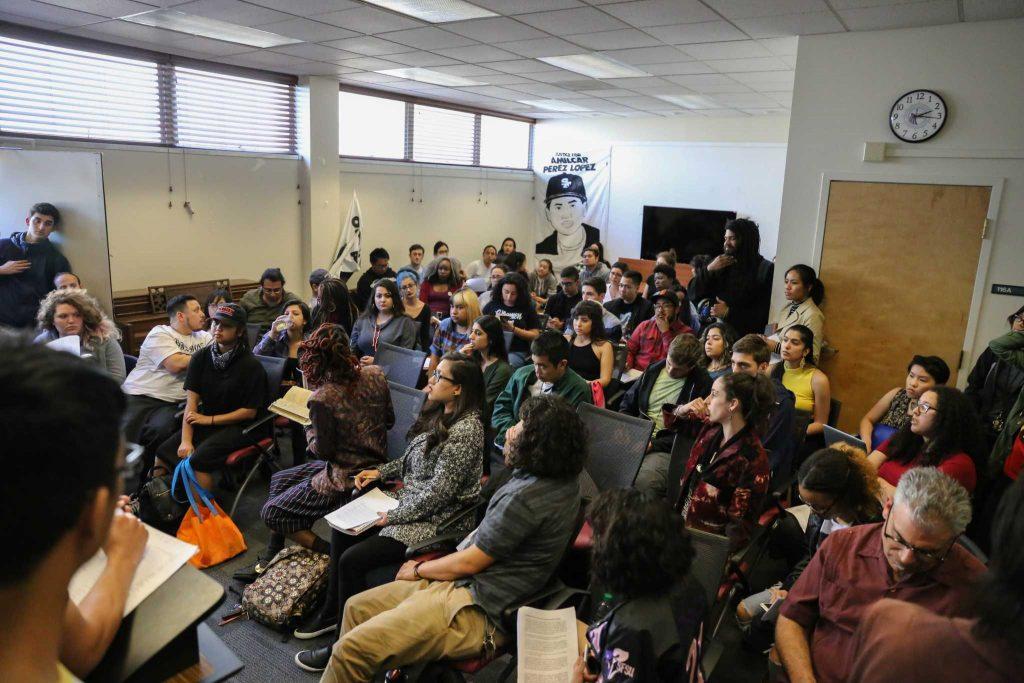 Nearly 100 students and allies of the College of Ethnic Studies met Tuesday in order to further strategize a direct plan of action in response to President Leslie E. Wong’s statement regarding the list of student demands that were presented to him last week.

“We have to make sure the movement doesn’t die, and we have to keep the momentum going,” said Hanna Wodaje, vice president of the Black Student Union.

The meeting was led by students of the Ethnic Studies Student Organization, along with leaders from various other cultural organizations on campus.

“In effect, President Wong has chosen to evade responsibility by addressing exactly none of our demands,” the committee’s statement said. “President Wong has continued to manipulate the issues at hand by blaming the College of Ethnic Studies’ inability to ‘fundraise’ and completely avoiding the issue of underfunding that our college faces.”

It was also revealed at the meeting that Associated Students, Inc. recently passed a resolution in solidarity with Ethnic Studies students and plans to bring up issues related to the supposed spending cuts in a meeting with Wong being held later this month.

Those at the meeting later split up into separate sub-committees in order to delegate tasks to students in attendance so that everyone involved could be assigned a role to play in the weeks to come.