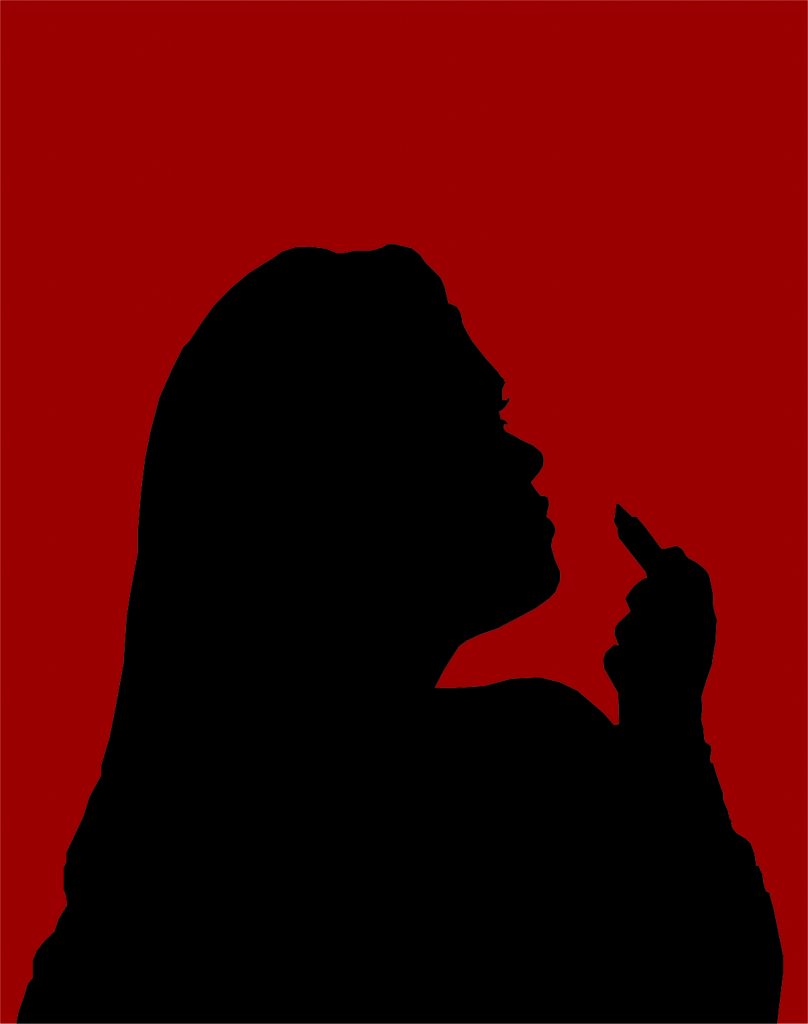 Illustration by Eva Rodriguez based off a photo taken by Connor Hunt / Xpress,

Their first date introduced her to Michelin Star cuisine – 12 decadent courses at a fine-dining spot downtown, each paired with the sommelier’s choicest wine.

“It was just the fanciest thing I had ever experienced,” she said, recounting an estimated $1,100 bill and the beginnings of a lavish eight-month relationship. “I didn’t grow up with great affluence, but I think at a young age I took it upon myself to know what I wanted. I knew I wanted to be successful and be of a higher stature.”

She described him as one of the top financial advisors on the west coast, a dapper, self-made 36-year-old divorcé with two children looking for a girl who promised not to nag him about settling down.

She was half his age, a 19-year-old sorority girl attending SF State with a full-time job and a mounting pile of student debt. She said they met online after friends recommended she sign up for Seeking Arrangement, a dating website that connects millennials with millionaires seeking no-strings-attached relationships – “sugar daddies” willing to pay for “arrangements.”

“I’ve been financially independent since I was 17,” she said. “I needed money. We went on another date to an Italian restaurant. He called me a car, and as I was leaving he gave me $600. He was like, ‘I know you need to get your nails done as well as pay your rent.’ That was my allowance.”

She is one of 194 sugar babies at SF State, according to Brook Urick, Seeking Arrangement’s public relations manager. That implies every 700-seat lecture hall has at least four sugar babies in attendance. Urick said one-third of the site’s 4 million “babies” are college students trying to pay off scholastic debt. They encourage students to join by offering a free premium membership when a baby registers with a .edu email address.

San Francisco ranks among the top 10 cities to find a sugar daddy, according to data from Seeking Arrangement. The numbers show one in 70 adult men in the city is a registered daddy.

“It has a lot to do with the cost of living, which is outrageous in San Francisco and the surrounding areas,” Urick said. “Tuition rates just keep rising, scholarships become less and less available, and people have to look to alternative methods to pay for their schooling.”

Deborah Cohler, chair of women and gender studies, said many students are paying out of pocket for their education and they finance their expenses in diverse ways.

“It’s an extraordinarily expensive place to live,” Cohler said. “So we have all kinds of working students on campus.”

SF State approximates living expenses for the 2015-16 academic year will cost students $18,172 plus tuition. In 2014, the average SF State graduate left school with $22,741 in debt, according to The Institute for College Access and Success.

“I had to move,” the sugar baby said. “So (my sugar daddy) gave me the deposit money. He put it on Google Wallet because he was in New York that week and couldn’t see me. I asked, and he was like, ‘Here you go.’”

The typical daddy is 45 years old with a net worth of $5.2 million and works in technology, business or finance, law, healthcare or public administration. There’s a 34 percent chance he’s married, according to Seeking Arrangement’s data.

“We invite (daddies) to be open and honest about the fact that they’re married,” Urick said. “I would like to hope that a lot of these relationships are sort of a don’t-ask-don’t-tell thing. I feel like that’s what a lot of longterm marriages turn into, where it’s okay to stray extramaritally as long as you’re safe.”

Urick noted 7 percent of Seeking Arrangement benefactors are sugar “mommies” and 10 percent of the site’s members are LGBTQ+.

“There are all kinds of relationships on the site,” Urick said. “(Sometimes) it’s a sugar daddy and his girlfriend or wife and they’re looking for someone they can spoil or a playmate to have fun with (together). Also, some girls join together as friends. They’ll join as a sugar baby and say, ‘If you want to hang out with me, you have to hang out with my friend too.’ You don’t see it too often, but it isn’t uncommon.”

The sugar baby said the sign-up process was similar to other dating sites, but everything felt more “adult.”

“It’s a lot more civil,” she said. “On Tinder, you get guys like, ‘Come over and I can show you a good time.’ On Seeking Arrangement, it’s like, ‘I’m a business man in San Francisco, and I’m looking for an arrangement with someone who understands that I’m busy and I can only see you once a week.’”

Unlike other dating sites, Seeking Arrangement search results can be filtered by a daddy’s net worth. Users can specify a “lifestyle budget” ranging from minimal (“up to $1,000 monthly”) to high (“more than $10,000 monthly”). But Urick said this allowance isn’t a payment – “sugaring” is a gift.

“Escorts or prostitutes are paid for sex,” Urick explained. “What’s going on here is a lot different. Sometimes there isn’t sex. Sometimes there isn’t money. Here, it’s a relationship and it’s a gift. The idea is that these people are generous, they’re willing to spoil. They might not have time for traditional relationships, but they’re willing to provide something else.”

Cohler noted that the societal stigmatization of certain relational expectations may make sugar babies reticent to share their experiences.

Illustration by Eva Rodriguez based off a photo taken by Connor Hunt / Xpress,

The sugar baby said some daddies are forthright with a distinct sexual agenda, but it wasn’t difficult to decline those offers. For her, things didn’t get physical until the fourth date.

“I’ve heard from other girls obviously some guys are a lot more pushy than others,” she said. “But he never made it seem like that’s the only reason we were there. That was definitely my concern going into it, because I had never done this before. But it wasn’t, which was really refreshing. You do actually try and find someone you want to talk to, you want to be around.”

“That was hard,” she said. “I had to think of the lifestyle along with the person, which was weird. It was like: who do I like more? My ex. But then I have to give up all this easy living; I don’t have to worry about how I’m going to pay rent next month, or when I’m going to be able to buy groceries.”

She said the daddy dating will be her secret. It’s not a conversation she’s ready to have with her parents, and she wouldn’t recommend Seeking Arrangement to a friend.

“If that’s what they want to do, they’ll do it,” she said. “But I would feel wrong in a way to influence anyone to do it, because it does change your morality. I never, coming to college, thought that I would do that – have a sugar daddy.”

Personal ethics aside, she said she sometimes misses the sugaring and the grown-up repartee.

“I feel like I grew up a lot faster than people my age, so I really appreciated the conversation and the honesty,” she said. “(My sugar daddy) really taught me how to look forward in life.”