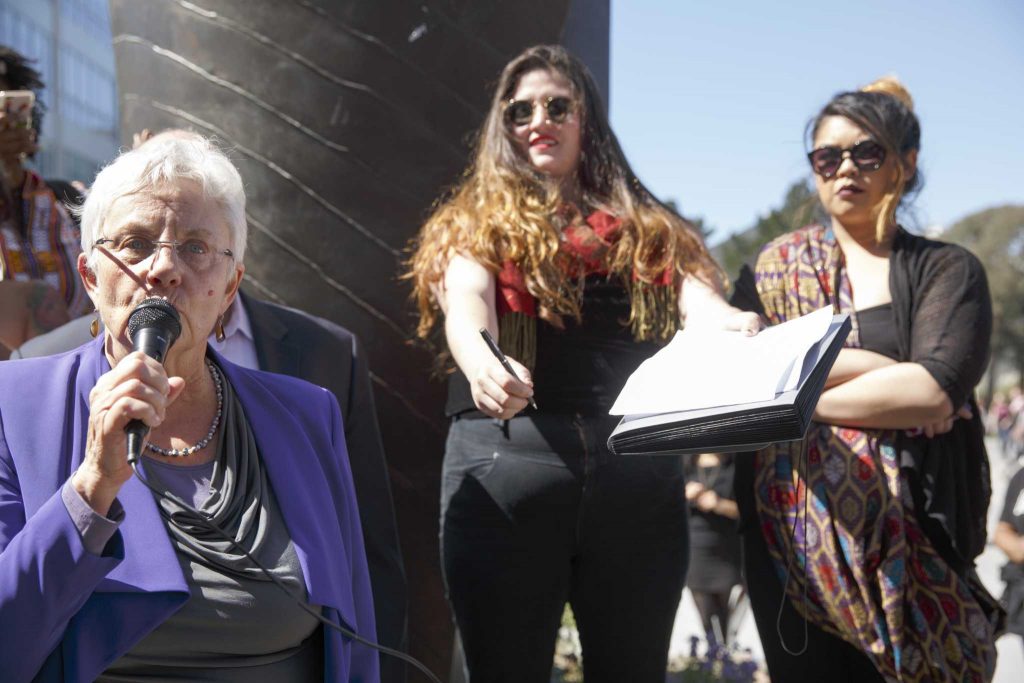 Sue Rosser, SF State Provost, (left) delivers a message from University President Leslie Wong as students ask her to sign their list of demands during a rally outside of the Administration building at SF State on Wednesday, March 16, 2016. ( Ryan McNulty / Xpress )

Provost Sue Rosser refused to sign the list of demands presented to her by the students of the College of Ethnic Studies at a rally Wednesday.

Nearly 200 students and faculty attended the event in order to voice their support for the College in light of recent news about potential spending cuts, previously reported by Golden Gate Xpress.

“Keep the college, protect the knowledge!” students shouted as they marched to the Administration Building from Malcolm X Plaza.

Rosser came down from her office to address students after their chants and speeches persisted for nearly an hour.

“We reiterate again that President (Leslie E.) Wong has authorized the transfer of $250,000 to cover the 2015 to 2016 expenses for the College of Ethnic Studies,” Rosser said.

The students maintained that their demands were non-negotiable.

Rosser invited those present to attend a town hall meeting March 28 to discuss the idea of shared governance and encourage more dialogue on the issue.