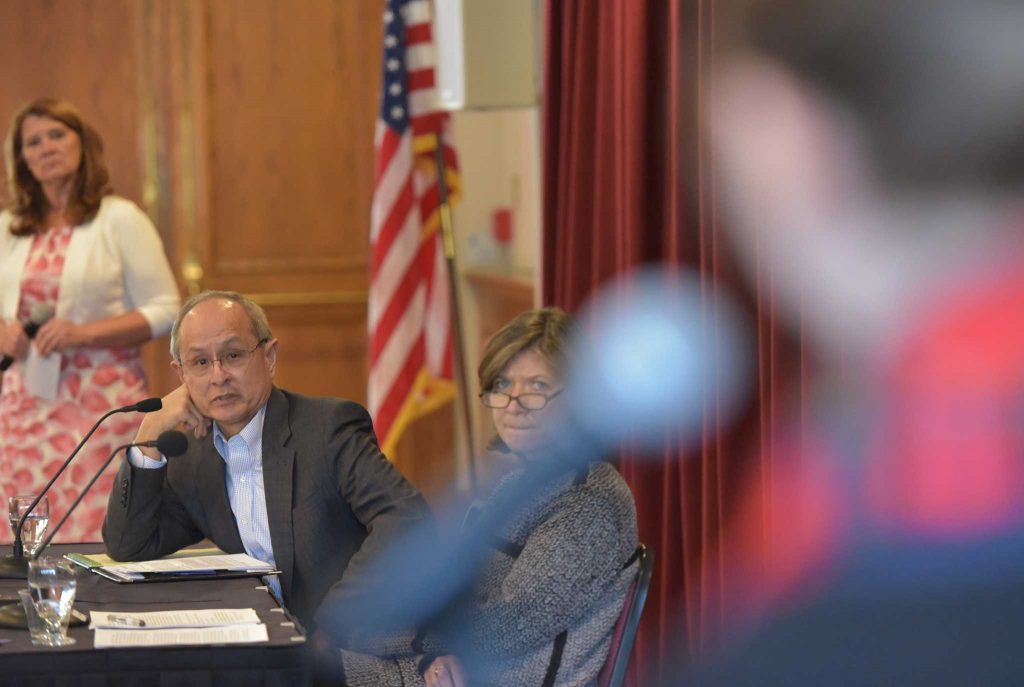 Students from the College of Ethnic Studies lined up to air their grievances with President Leslie E. Wong during a tense town hall meeting Monday.

President Wong, who was joined by Academic Senate Chair Troi Carleton, used the meeting to talk about the importance of shared governance at SF State.

“We live in a culture at SF State where it takes a lot of input from faculty, students and administration to move the University forward,” Wong said.

Carleton also used her statement to indirectly address the frustrations of Ethnic Studies students and faculty in attendance.

Despite this, the students and faculty who took part in the open Q&A session felt little sympathy for administration, and openly criticized Wong for what many called his failure to be proactive in helping the University community.

“You and the Associated Students have two very different views of what shared governance is like,” said Associated Students, Inc. President Phoebe Dye, who declined Wong’s invitation to sit at his table for the meeting. “You feel that you have being doing things right, and that is not the case. All we desire is for you to crave student input on all things, every step of the way.”

“I don’t know what else I can say,” Wong said. “The whole issue of appropriate funding for every college, in addition to Student Affairs, is under review.

“The purpose of today was to give the community a sense that as president I simply cannot just snap my fingers and make things happen,” Wong said.

The next town hall meeting with Wong is scheduled for April 21, and Wong said in response to student complaints that he would work with administration to set it at a more accessible time and advertise it better.