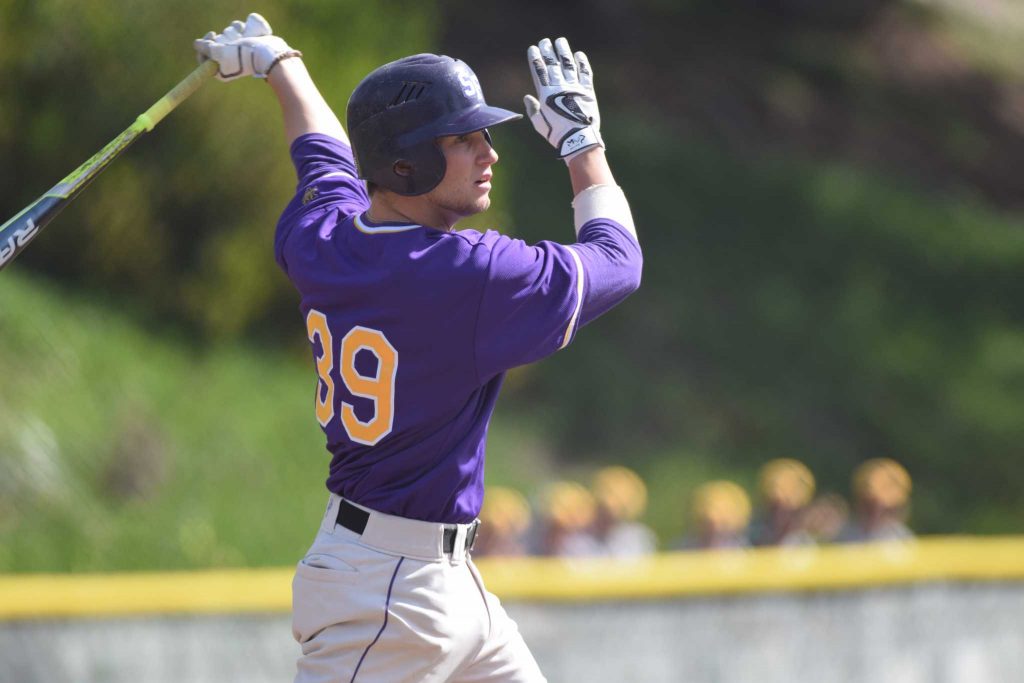 A life without baseball is one thing SF State shortstop Bryce Brooks has never experienced.

Brooks, a junior transfer from Cal State Fullerton, was introduced to the game at an early age. He comes from a family full of baseball players and coaches – one of whom is former major league outfielder and current A’s bench coach Mark Kotsay.

“(Brooks has) been around the game for a long time,” head coach Tony Schifano said. “The thing that’s been a pleasant surprise is his bat. He’s come up in big RBI situations.”

In his first season with the Gators, Brooks is hitting .284, with eight RBIs in 81 plate appearances. He’s also started in all but two of the Gators’ 24 games.

Brooks said it was special growing up as Kotsay’s nephew. He not only learned a lot about hitting from his uncle, but also learned to have a positive outlook on the field as well.

“I’ve learned a lot from him,” Brooks said. “Being able to be around the pros in the clubhouse. Just being around him has helped a lot. He always talked about having a winning attitude and being the best at anything you do.”

Brooks was born in Arcadia, California and attended Santa Fe High School in Santa Fe Springs. He played two varsity seasons there, during which he batted .300 with 10 RBIs as a junior and .330 with 12 RBIs as a senior.

He began his collegiate career with the Rio Honda College Roadrunners in Whittier. After two seasons with the Roadrunners, where he batted .287 with 17 RBIs, he transferred to Division I Cal State Fullerton.

He redshirted with the Fullerton Titans in 2015, but made the decision to transfer to SF State after being told he wouldn’t play as much as he desired. It was a late decision, but he has enjoyed his time playing for SF State so far.

“I just want to play every day,” Brooks said. “I knew I was coming to a good coaching staff.”

Despite receiving the amount of playing time he wanted, Brooks said its been tough on his body after redshirting for a year.

“A lot is on my body,” Brooks said. “I’ve been feeling it in my lower back, shoulder and arm, but the fun thing is coming out and grinding everyday.”

As the starting shortstop, Brooks has command of the entire infield and has to have strong leadership skills. He is always trying to help his teammates, whether it be setting people up or talking situations, according to first basemen Chris Nicholson.

“You can see he’s very communicative with people,” Nicholson said. “He does a good job trying to correlate with other teammates on what to do and what to focus on.”

Brooks’ goal is to make it to the majors, but he said he would love to coach if that doesn’t work out. If he had to pursue a career outside of baseball, he said he would want to become a firefighter, another thing that runs in the family.

Schifano said Brooks has already proven to be a great addition and looks forward to his future with the team.

“It’s been a blessing having him,” Schifano said. “He’s going to be a big part of this program.”