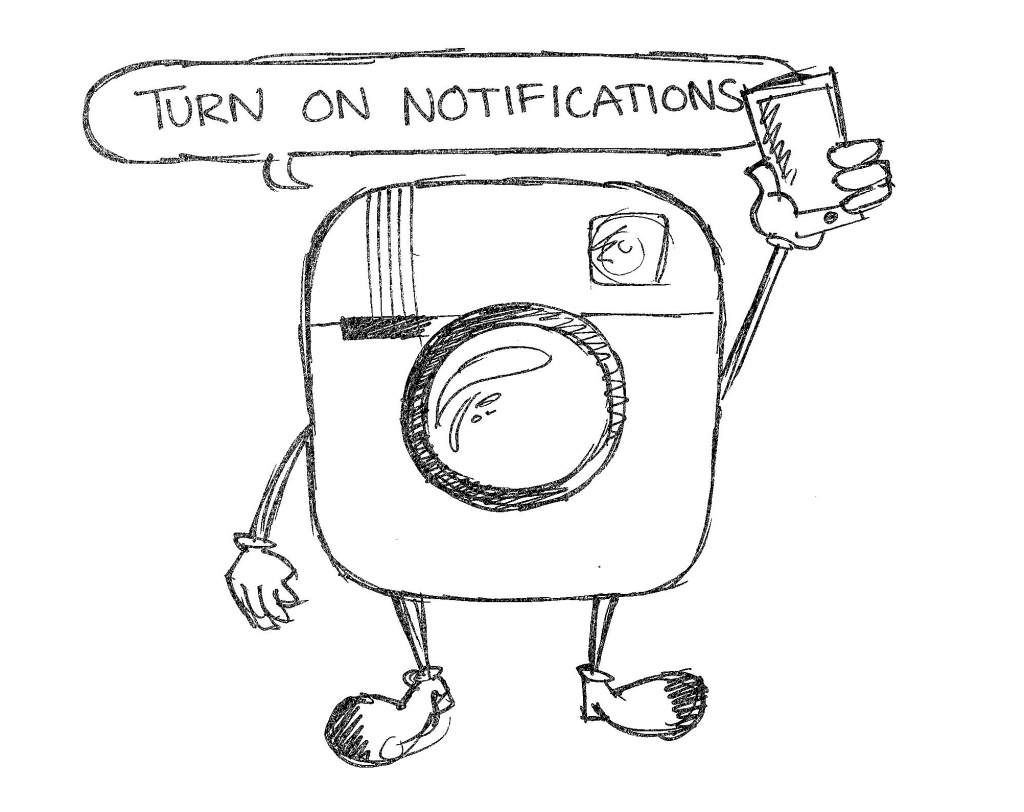 I shared my first photo on Instagram in January 2011, three short months after the app launched on iOS.

It’s an awkward, duck-faced selfie snapped in the car and horrendously filtered with X-Pro II (never again!). More than five years and 1,400 photos later, my duck face hasn’t improved, but I’ve learned the art of personal branding, and I’m following a carefully curated list of friends and bloggers and #wanderfolk who never cease to motivate me on Monday mornings.

But the Insta world as we know it is about to change.

Instagram is rolling out a major update that will reorganize user feeds, and the social sphere has been sent into a consequent uproar. Instead of displaying photos in reverse chronological order, showing you friends’ photos as they’re posted, Instagram will now give preference to the photos that they think you want to see first based on an algorithm.

You see, Insta says we’ve cluttered our photo feeds. The average user misses 70 percent of the posts they follow, according to an Instagram blog post. Naturally, we need an Instagram intervention. So, according to the app developers, this new algorithm will “show the posts (the Insta gods) believe you will care about the most.”

The photo-sharing app sold out to Facebook for a cool $1 billion four years ago. Users have experienced minor tweaks, like the dissolution of the OG popular tab in 2012, the introduction of the 15-second video in 2013, and the quick spread of paid ad placement that same year. But this update marks the biggest change in Instagram history.

I like logging in and looking at posts in the moment. Sure, the brands I follow use third-party schedulers to strategize optimal posting times, and after the birth of Snapchat, Instagram no longer thrives on immediacy. But there’s still a benefit to organizing photos chronologically.

I’m capable of sifting through my own feed (thank you very much). And I’m capable of clicking that unfollow button anytime I’m tired of a friend’s #brunchlife photos. I shouldn’t have to turn on notifications for the photos I want to see à la Facebook (hello, I’m following users for a reason). I may not double-tap my BFF’s photos as much as I should because I miss their posts among throngs of photoshopped models and festival pics, but I certainly don’t need a robot to overhaul my feed and make that decision for me.

Social media’s become a game where users pay to play. If you’re curating a personal brand and trying to build a following, Insta’s update may hinder your efforts by burying your posts. No one knows how the app will determine “the likelihood (someone will) be interested in the content,” but users are rising up against the update in a flurry of #boycottinstagram and #RIPinstagram hashtags.

In a Twitter post, Instagram said they’re listening to the backlash and working changes in slowly. But the update is inevitable. Brands are begging followers to turn notifications on so they don’t slip into irrelevancy.

Will I boycott Instagram? Probably not. But I’d like to maintain some sense of social media autonomy and if Instagram takes that away, I’m prepared to bid adieu to my favorite app of the last five years.