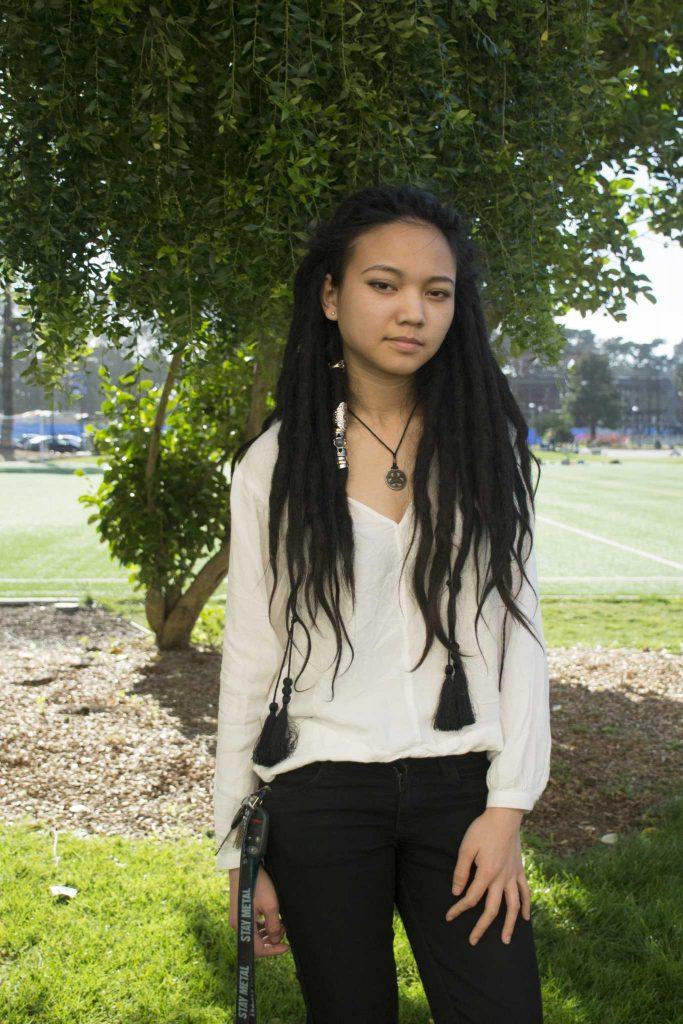 “A couple weeks ago I had two long french braids with extensions down to my hips, about the length of Beyoncé’s in her ‘Formation’ video,” said Stella Dugall, a 26-year-old visual anthropology grad student at SF State. “This young white male was like, ‘I love your hair! It’s so long!’ I said I got extensions, and his face fixed with disappointment. I don’t know this guy; I’ve never met him. I don’t know how I could have disappointed him.”

“So that’s fake?” he asked Dugall, whose thesis film, “Natural Resistance,” just so happens to examine thoughts and opinions about black hair in the Bay Area. “That’s not your real hair?”

“He was looking at it,” Dugall recalled with a laugh. “Just looking and looking.”

Dugall asked the man if he’d like to touch her hair.

Understanding Dugall’s experience may help to comb through the hair-raising debate that flooded the Internet this week, after a video of two SF State students went viral – a black woman evidently tells a white man he shouldn’t wear dreadlocks.

The question has circled the social sphere and it’s a query raised by Brandeis University associate professor of African and Afro-American studies, Carina Ray: “Who has the freedom to have dreadlocks?”

While locs (termed for hair’s natural tendency to lock together when uncombed) are visible across cultures, Ray noted these conversations tend to “fall along a black-white line.”

“The history of black people wearing dreadlocks has been one of real push-back and discrimination,” Ray said. “In a way, to see a young white kid decide that he wants to grow them, there is a certain amount of privilege in that.”

According to Dugall, people should interrogate the root of the problem.

“Why is the white boy wearing dreadlocks cool and hip and edgy, and the black boy wearing dreadlocks a rebel, lazy, probably jobless?” Dugall asked. “We should be educating ourselves as to why we think the way we do about certain people and their behaviors. I don’t think there’s anything wrong with anyone wearing locs or wearing an afro or straightening their hair – just understand where that’s coming from.”

“There’s a certain expectation of conformity,” Ray said. “Hair becomes a very politicized issue in that context. I have very curly hair. My son has very curly hair. People always assume that we’re sort of wild. We’re wild, we’re crazy, we must be free-living. And that’s just how our hair grows out of our heads.”

SF State psychology lecturer Zoe Martell defined cultural appropriation as the taking and claiming of something significant that belongs to another group of people.

Living as a white woman with locs for more than a decade, Martell said she understands both sides of the dispute.

“I don’t want my hair to offend anyone, but at the same time it has an identity marker for me that is so entrenched in my own past,” Martell said. “It’s entrenched in a time when there were culture wars going on in this city that most of the young students can’t begin to fathom because they weren’t even alive.”

Each individual dreadlocks story is unique, but all of them weave a tale of personal empowerment and pride.

“I do feel liberated having dreads,” said Amy Abernathy, a 20-year-old fine arts student at SF State who began locking her hair three years ago. “It just makes me feel stronger. Sometimes having dreads is like having a mane. They always carry a characteristic to them, a personality, an edge, a strength.”

For some, the journey is spiritual.

“Your hair falls out every day,” Abernathy said. “But with dreads, they kind of retain it. So in a way, they retain your energy, they retain your memories. So in that sense, it’s quite spiritually uplifting if you allow it. It kind of forces you to think positively.”

Martell said she’s offended and considers it appropriation when celebrities like Justin Bieber jump on the locs-trend without acknowledging related issues that matter to the black community.

Africana studies lecturer Dave “Davey D” Cook said these debates have educated the public about the hairstyle’s origins around the world and although the controversy continues, there is an opportunity for meaningful conversation.

“People know a lot of history, more than the Rasta thing,” Cook said. “It’s a U.S.-centric cultural understanding of the hairstyle, which is rooted in the oppression many have felt in terms of not being able to have a natural hairstyle. If there’s one thing I know about sisters, when it comes to the hair things, that’s a big, big, big deal with a lot of black women – my sister, my mom, my friends. (It’s more than) academic history. There’s a cultural understanding, embodied knowledge that goes above and beyond that.”

Ray said the debate of cultural appropriation is nothing new.

“We were having this discussion in the late ’80s and early ’90s,” Ray said. “It feels really old and really tired to be back in this place, talking about these kinds of issues, but they clearly haven’t been resolved.”

For Martell, the hairstyle reflects a rejection of mainstream values, a counter-cultural defiance of heterosexual norms that represents a personal journey.

“So much of my life has been about carrying this hair with me,” Martell said. “This is mine. This is who I am in the world.”

But the controversy has her contemplating a trim. 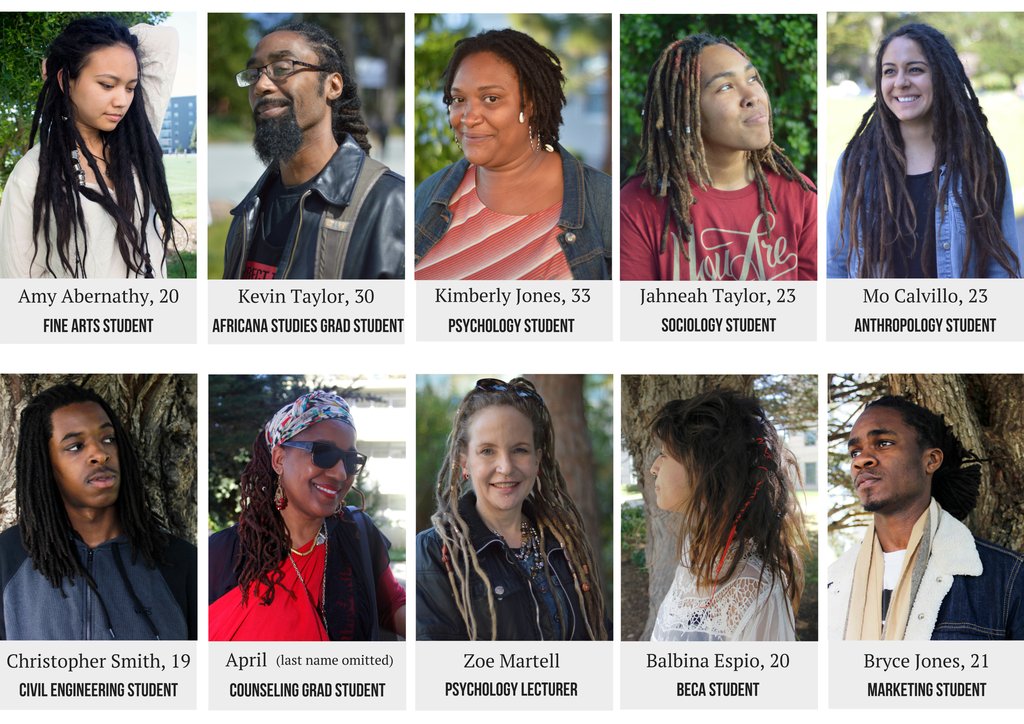