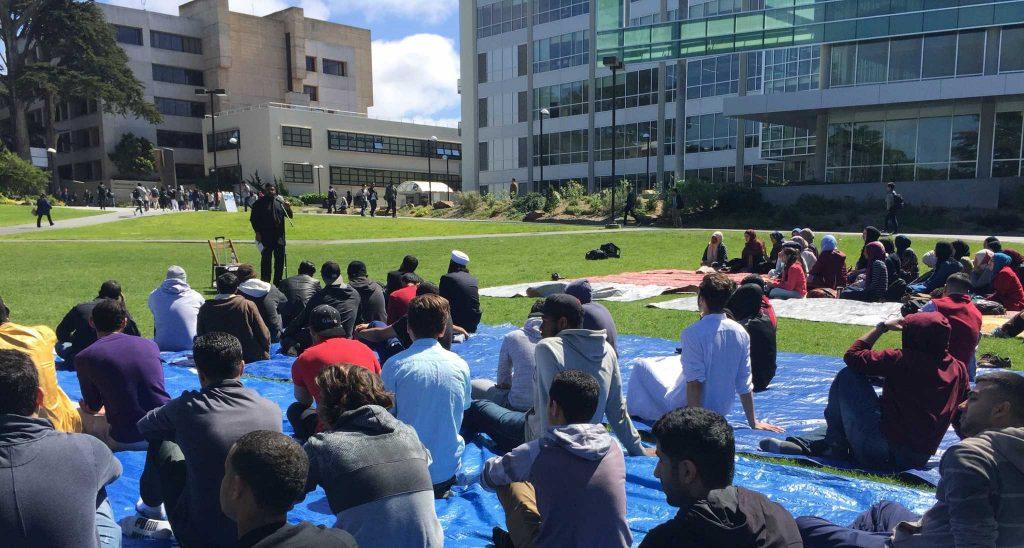 Their week-long activities included guest speakers talking about Islamophobia, a question and answer discussion about Islam, and their Jumma prayer on Fridays that was open to all students and guests.

“Unfortunately, a lot of current events and media have misconceptions on Muslim,” said Omar Fazli, President of MSA. “With this event, we want to raise awareness to Muslims and non-Muslims about what Muslims really do, what they really are, and what Islam really teaches, and that Islam is like any other religion who teaches and practices morality and peacefulness among human beings and our neighbors.”

According to Vice President of MSA Esmail Alahu Akbar, MSA currently has about 200 members at SF State, where last semester two students converted to Islam and joined MSA.

“This is an opportunity and a platform where people can come in a safe environment and feel comfortable to ask directly what their religion really teaches rather than relying on other sources,” Fazli said.