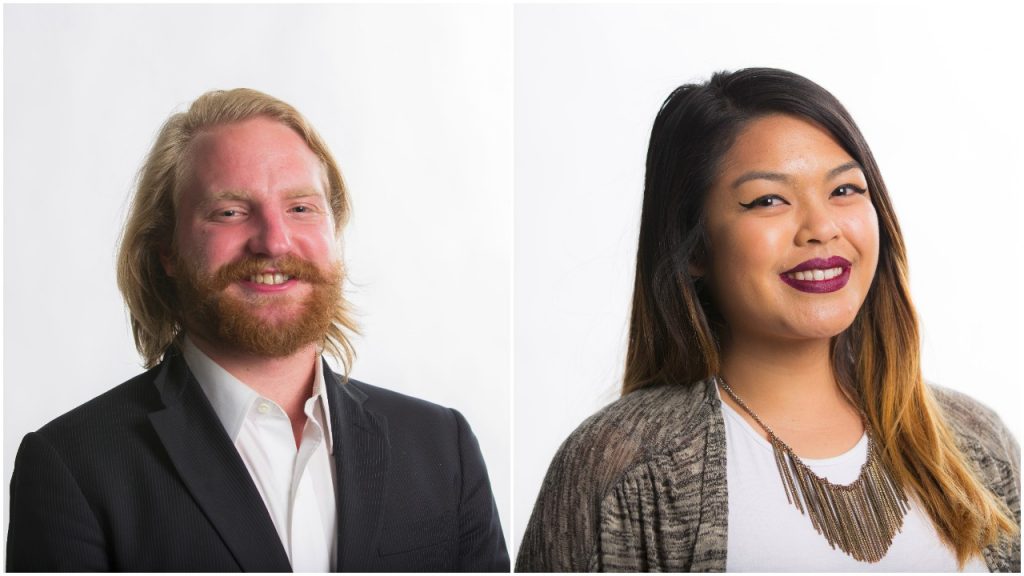 ASI elections for the Fall 2016 semester kicked off this week. Fifteen positions are available and students have until Friday, April 15 to cast their vote. Of the 15 positions, none are as important as the presidential position. Evan Gothelf and Shannon Deloso are the two candidates running for president and offer different elements for SF State. Gothelf, a philosophy and international relations major, is the chapter president of the Kappa Sigma fraternity and stands on the platform of ‘Students First.’ Deloso, an Asian American Studies major, currently serves as the College of Ethnic Studies Representative and stands on the platform of ‘S.T.E.P. U.P.’ Both were asked a few questions regarding their presidential campaign.

Why are you running?

SF State is in a state of emergency: We have the College of Ethnic Studies being defunded, there’s potential tuition hikes coming up next year; we have a potential faculty strike during election week. So right now we’re facing a lot of issues that I feel like our student government could do something better about. I’m passionate, I’ve been working with student government for the last two years and I want to make sure that the University goals are student goals.

What relevant experience do you have?

What would you like to see changed on campus?

I really want to change the relationship with the University. We have now seen the student center being taken away from us. Our executive director, the person who hires and fires them, the person that they report to is now the administration. So we can’t even control our building, our employees, and right now we’ve even had a lot of frustration because there are issues happening where we actually don’t have the ability to effectively represent the students, and that’s happened in the last two years.

What’s the central focus of your campaign/platform?

Making sure that the University goals are the same goals as the students.

What’s an advantage you have over your competition?

I honestly don’t like how slates are in student government. I think competition, you know, honestly, when I first decided to run for student government this year, it was with a collaboration of mine and Shannon’s slate. I really think that they had people on their slate, and we had people on our slate that should’ve came together. For my slate, I think it was created out of a sense of duty. Our school has these issues right? We know what the issues are, we have, from different backgrounds, how we can combat it. Everyone on our slate comes from a background of knowledge in a different area. When I look at the opposing slate, I mean I know how their process went down, I don’t want to comment too much but it’s more of saying like, my slate knows where we are and where we wanna go, what the future has, and how we need to be able work with the administration to achieve such goals.

The College of Ethnic Studies is one of the main things, if not the main thing, that makes SF State unique, and what’s happening now is a complete disregard over this campus’ values over the last 40 years since we’ve had such great student involvement. I feel that the administration, and just the way that it’s being supported beyond that, really needs to realize that we need to fully fund (the College of Ethnic Studies). We need to fully fund them so that they are actually able to engage a large number of freshman, I personally have taken courses in the College and they were super engaging, and I wouldn’t have known that before. It really needs to be exceeded.

How do you plan on working with administration and increasing transparency with students?

So to me this kind of goes back to the alignment of goals. If we really want to look past at the last year, we had another big incident with the Coca-Cola/Pepsi initial offer to bring them onto campus. That was something that the student body felt that they weren’t being heard on. I really feel like if the administration approached it in a different way then they could have had a different outcome, but they didn’t engage students. I really feel like we need to have a student government that the University is comfortable with actually going to and asking for a dialogue, rather than just complete resistance.

Why are you running?

I feel like within my four years of attending SF State, I’ve proven to myself that I’m more than capable of being an agent of change or leading groups of people in a way that not only helps them to better themselves but also to better our community. There are so many things that need to be fixed and relationships that can be built on or repaired on this campus.

What relevant experience do you have?

I started out my freshman year pledging for Kappa Psi Epsilon, which is a cultural and community-based sorority that focuses on empowering Pilipina women. I was also a part of Associated Students’ Project Connect that primarily focuses on helping out low-income students. I also helped cultivate our Philipino-American student organization coalition on campus, and currently I hold two positions for Associated Students, including College of Ethnic Studies representative and corporate secretary.

What would you like to see changed on campus?

I would love to see more student involvement whether that’s through ASI or anything else on campus. I feel like not a lot of people are involved and I want to be that bridge and make sure that ASI can be that bridge for everybody to have a good experience in college.

What’s the central focus of your campaign/platform?

My slate is called S.T.E.P. U.P., which stands for Students for Trust Equity and Progressions United through Passion. We want to make sure people know that we have experienced student leaders that are running who are dedicated and want to give back to the students. We’re already trusted by the communities that we’re a part of, and I think our track record speaks for itself. We have people that are really for the students and can provide transparency.

What’s an advantage you have over your competition?

I think just the overall experience and the will. All of us come from student orgs, all of us have had leadership experience, whether it’s me or my other slate members who have been heavily involved in the movement to Defend and Advance Ethnic Studies, so that already goes to show that we really care about what the students want. We’re very friendly people and we’re also really trying to represent the students’ voice. We’ve held multiple listen-ins so that we can hear what students want or need on campus.

Again, I think one of the biggest issues would be the underfunding of our campus. I think that there are a lot of good opportunities that could be here not only for the students but for faculty as well. I’d like to show that our students already have the potential, we just have to give them the resources to do it. I think ASI is this big powerhouse and resource for students that not a lot of people know about and I’d really like to change that.

How do you plan on working with administration and increasing transparency with students?

As president, you’re able to meet one on one with the president of the University and his administration and you have these brown bag luncheons with them every month. So being able to utilize those spaces really well and making sure that before we meet there is clear understanding about what students’ concerns are is important. I feel like that’s how you build transparency – consistently listening to students’ voices.