Lingering notes of colonialism and homesickness in Poetry Center display 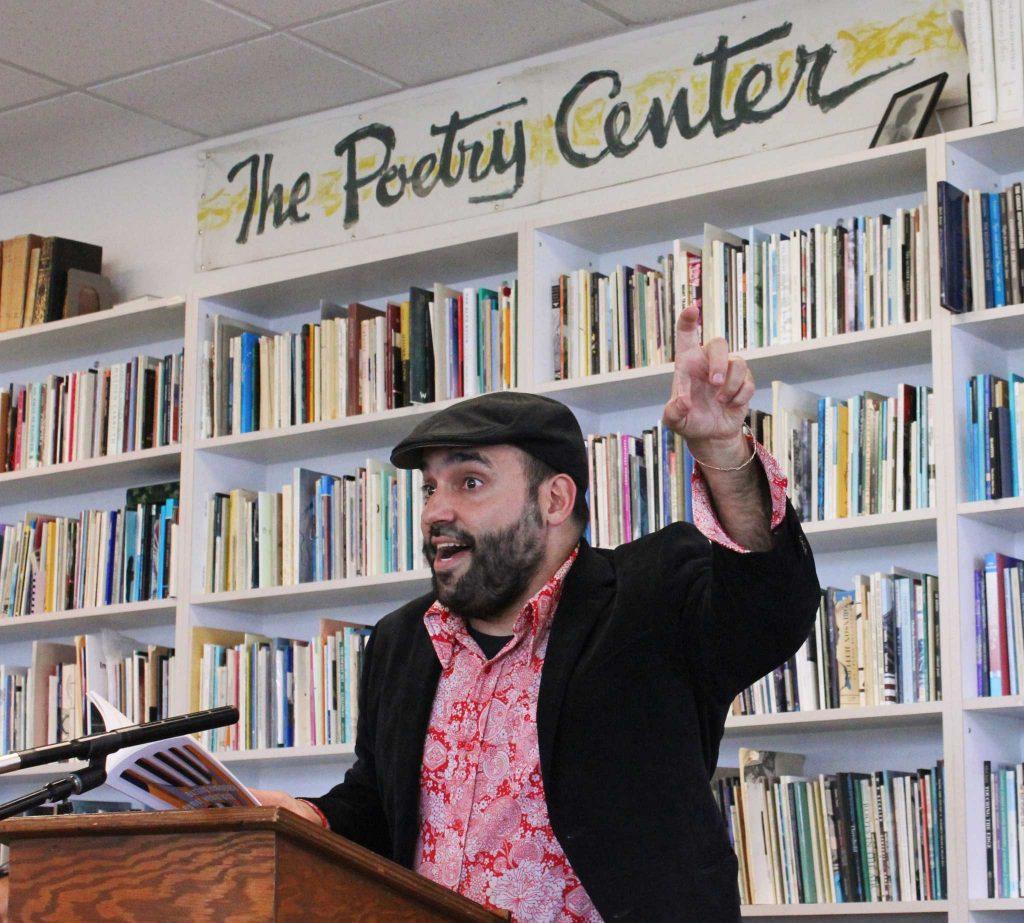 Poet Lehua M. Taitano comes from Guam, an American territory in the Pacific where only parts of the constitution apply.

“And it was then that I knew that I was only half visible,” Taitano read from her book.

Taitano was a part of the first Kuwentuhan poetry reading Thursday in front of around 30 people at SF State’s Poetry Center. Together with six other poets, she was invited to read from her work, improvise along the way and interact with the audience, in the traditional style of Kuwentuhan talk-stories. “Cuento,” meaning story in Spanish, was adapted by the Philippines, a former Spanish colony, into the Filipino word “Kuwentuhan,” which best translates into talk-story.

The event was a collaboration between the Poetry Center and Asian American studies lecturer Barbara Jane Reyes, and ran alongside several events over the weekend, culminating with a big group performance Saturday.

Steve Dickison, director of the Poetry Center at SF State, said he first heard about the Kuwentuhan genre through Reyes.

“It is what people do together,” Dickison said. “They sit around a table – eat, drink, laugh and tell stories. And we thought of a way to bring this activity into the contemporary poetry world, partly because so much of the kinds of contact people have is so fleeting and virtual and has to do with social media, or e-mails, or passing one another in a strange city. So we wanted for people to have the time to actually sit down together, face to face, and talk with one another, and see what would arise from that experiment.”

Reyes has a Filipino background and was the first to come up with the theme for the event. She defines the genre as a making and talking story.

“It is a story that is alive, and constantly growing, changing and dynamic,” Reyes said. “And you are not only connecting with each other, you are all taking part in telling the story”.

The authors at the event come from Guam, the Philippines, Puerto Rico and Mexico. But even though they have very different backgrounds, cultures and poetic styles, Reyes said, they are connected by their shared cultural history of colonization.

This is reflected in the poems, where reoccurring themes are the love of homeland, the lingering effects of colonialism and homesickness.

Angela Narciso Torres read a poem about her mother back home in the Philippines, that every time Torres is visiting and about to travel again, wishes for her daughter to stay – and sees the daughter’s dropping of a glass or spilling coffee on her sweater in the airport as a sign for her to not go.

After the poetry reading, Torres told the audience about a conversation the poets had Thursday morning.

“We were talking about homeland – what it means to leave home, and how we locate home when we have been displaced from it,” Torres said. “How we return to home, either through memory or actually, physically holding something from home in your hand – like sand from Guam. We go back in language,” Torres said, and quoted the polish author Czeslaw Milosz:

“Language is the only homeland.”