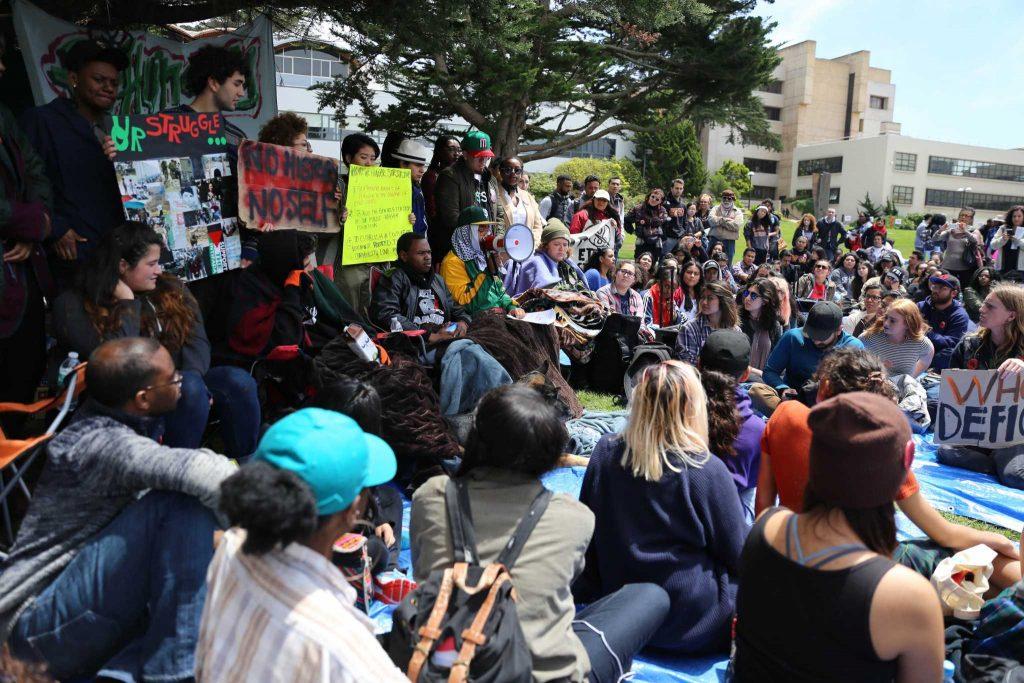 Students and faculty gather in the quad for a press conference regarding demands for SF State, President Wong on the eighth day of the hunger strike on Monday. The hungerstrike is led by the Third World Liberation Front 2016, a name used to pay homeage to the 1968 strike. (Aleah Fajardo/ Xpress)

SF State students and faculty announced a hunger strike on May 3, 2016 to call attention to the spending cuts to the College of Ethnic Studies.

One hospitalization and 10 days later, the SF State administration and hunger strikers have come to an agreement and called an end to the strike on May 11, 2016.

President Wong agreed to 11 out of the 26 demands created by the Third World Liberation Front 2016 as a result of the hunger strike.