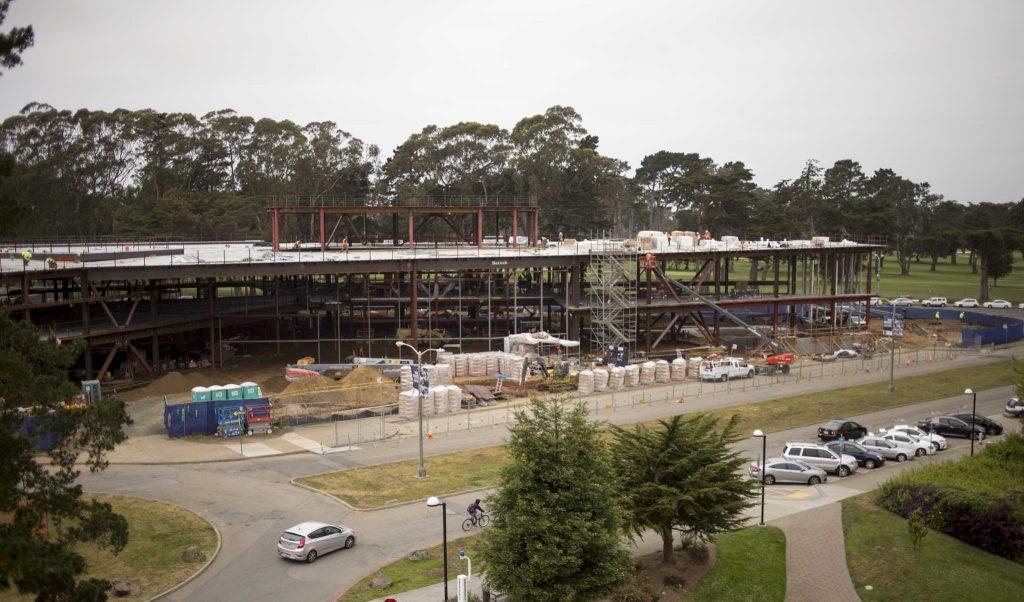 SF State campus is currently undergoing significant construction and renovations.  The current master plan for the campus has over 20 new buildings, which is comprised of new housing, a wellness center and new instructional space.

The current master plan for the SF State campus was created and approved in 2008, and according to Wendy Bloom, the director of campus planning, the plan is subject to significant change due to the huge economic downturn in 2009.

“The 2007 campus master plan was very ambitious at the time,” said Bloom. “The only building that we have built is the Mashouf Wellness Center, and not any academic buildings.  We are about to embark on a master plan update.”

The only buildings that can currently be confirmed, are the Mashouf Wellness Center, and a reconstruction of the Creative Arts building. New housing in University Park North and South are also on the construction budget.

The new additions to SF State are slated to be an active and functional part of the campus in 2020.  Nick Kordesch the sustainability specialist at SF State, explained via email some of the features of the new structures.

“There are some really exciting projects in the works,” said Kordesch.  “Most of them are in a very early phase. The first LEED certified green building on campus will be the new (Mashouf) Wellness center.”

The new buildings are being designed with efficiency as a primary focus point. Offices for faculty will be illuminated with LED lighting as an attempt to reduce electricity. The buildings will have updated meters to help track the usage of energy and support efficiency.

The bathrooms in the new buildings will have sustainable elements as well. Along with updates and retrofitting being done on the sinks, toilets and urinals, the way SF State composts trash.  Instead of traditional trash receptacles being used as on campus currently, bathrooms will have compost bins.

“Expanding our compost collection program, we’re switching bathroom trash cans with compost bins,” said Kordesch. “Almost all the waste collected there (paper towels) is compostable. It adds up when you look at all the buildings!”

Among the additions being added to the new buildings under construction on campus, water bottle filling stations, and new bike storage are also a part of development.