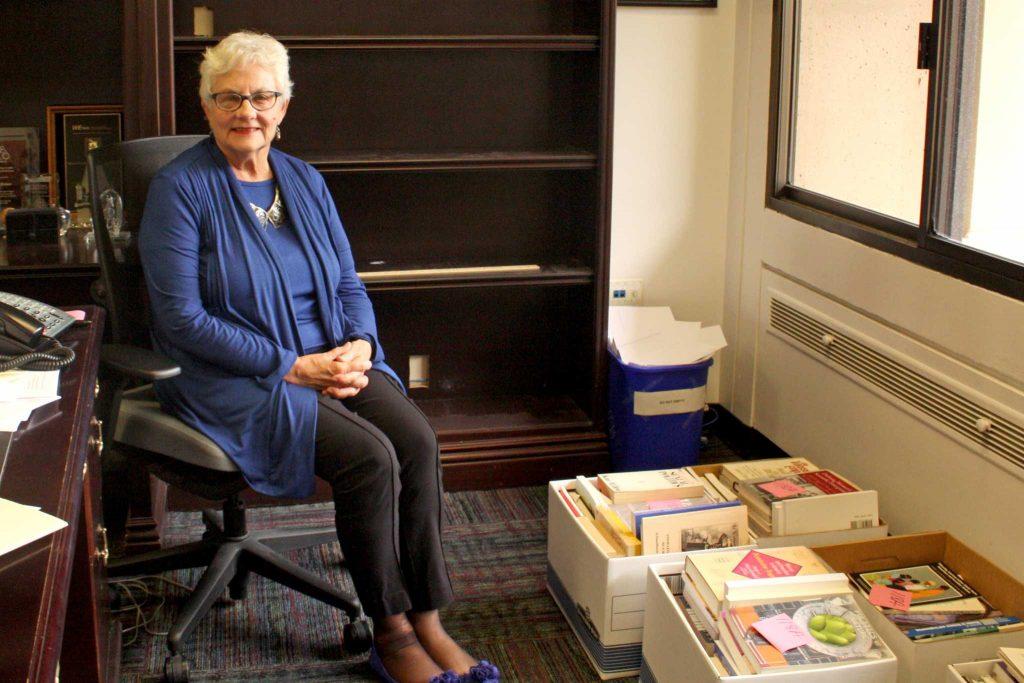 Current Provost and Vice President of Academic Affairs Sue Rosser sits in her office at SF State on Friday, Aug. 19, 2016

Current Provost and Vice President of Academic Affairs Sue Rosser will join the California State University Chancellor’s office on Sept. 1 after seven years at SF State according to a recent press release.

The provost and vice president of academic affairs is responsible for the creation and implementation of the academic priorities and the allocation of university resources. During her time at SF State Rosser helped the University receive a 10-year accreditation from the Western Association of Schools and Colleges, hired five college deans and more than 209 tenure and tenure-track faculty and initiated hires of clusters of faculty to increase interdisciplinary approaches to scholarship across the University.

“We are a people business,” Rosser said. “I am very proud of the people that I have hired.”

After earning her Ph.D in Zoology from University of Wisconsin-Madison, Rosser became a champion for women’s studies starting in the mid-seventies — eventually writing 13 books and 130 journal articles on women’s science and women’s health. At SF State Rosser was a professor of women’s studies.

In her new role, Rosser will join a team of campus and system experts that the California State University has brought together, said Elizabeth Chapin, manager of public affairs at CSU office of the chancellor.

“There will be a concentration on expanding undergraduate research opportunities that supports retention and student success,” she said. “Rosser will also be working to craft new onboarding practices for new provosts and vice presidents.”

The procedure for finding the new provost is still in the early phases and can take up to a year, according Academic Senate Chair Troi Carleton. A search committee comprised of mostly faculty members is being formed to determine requirements for the new provost and will bring in candidates from across the U.S. for University President Leslie E. Wong to choose from.

Once the candidates have been decided there will be an opportunity to meet each candidate and ask them questions in an “open forum for the entire campus community,” Carleton said.

“It’s not a top-down process,” Carleton said.  “But ultimately the decision will go to the president.”

During the search for a new provost, the position will not remain empty. Jennifer Summit, dean of undergraduate education and academic planning, will fill the role of interim provost for up to one year, or until a permanent provost is hired.

Originally from Palo Alto, Summit has worked at SF State since 2014. Before coming to the University, Summit was an English professor at Stanford for almost 20 years, where she taught medieval and renaissance literature and earned three teaching awards.

“I am going to be looking into supporting students,” Summit said. “We have some great plans that we will be working on over the next year, that will help students.”

Rosser will continue to work with SF State for 25 percent of her time on “special projects,” and will continue her role as the principal investigator on the $250,000 advance grant from the National Science Foundation that increase the representation and advancement of women in academic science and engineering careers. Rosser will also remain a member of the steering committee, which houses a $17.5 million build grant for SF State; and help interim provost, Summit, with the transition into her new post.