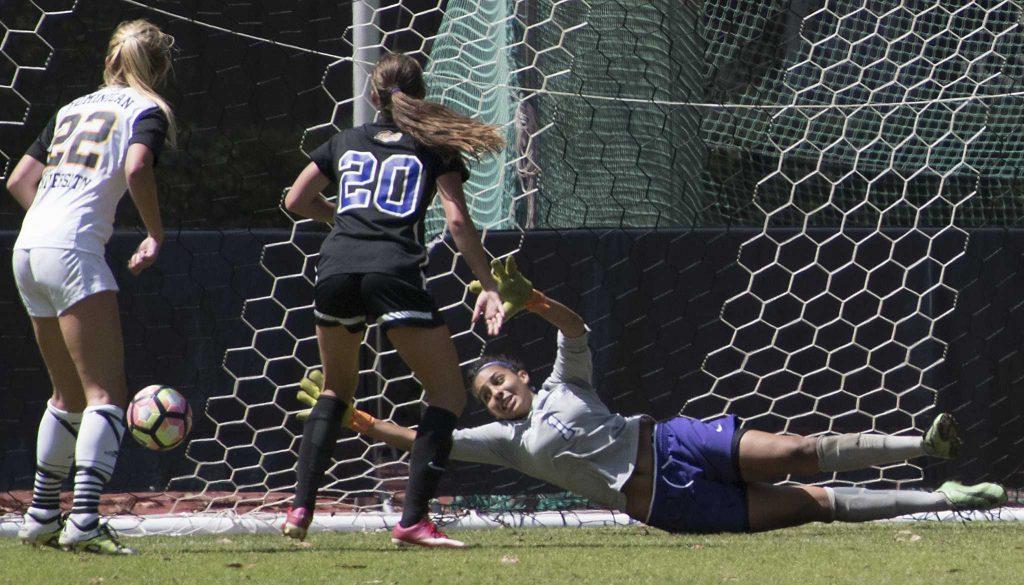 The SF State women’s soccer team blew a lead late in the second half to finish in a 2-2 double overtime draw against Dominican University of California at Cox Stadium on Sunday.

Head coach Tracy Hamm said she thought her team competed hard and matched the other team’s intensity but let up late.

“Today was one of those brutal physical matches,” Hamm said. “I think we were matching their intensity level, but we need to finish out games.”

The Gators controlled the tempo for most of the first half with solid team defense and smart passing.  At the 42nd minute, substitute junior midfielder Sierra Sagasta got behind the defense to score off an assist from junior defender Laura Shea to give the Gators a 1-0 lead into the half.

Sagasta wasn’t done scoring yet. She scored her second goal of the game off a perfectly placed cross from senior forward Autumn Fox at the 52nd minute in the second half.

“Sierra did a great job getting on the end of some great sets,” Hamm said. “She was fantastic for us today. She executed the game plan.”

“It’s what we practice every day, go all out to get goals,” Sagasta said.

Sagasta did not start the game, but said Coach Hamm makes sure that the players on the sideline are ready to go when their number is called.

“Coach Hamm lets us know, subs are brought into the game to make a change,” Sagasta said. “Being a sub is a powerful thing and I just wanted to go hard and come in the game and make a difference.”

Dominican University of California rallied late. Scoring both of their goals in the match’s final 15 minutes to force the game into overtime.

“I thought we played composed for most of the game,” Hamm said. “But we need to finish games. To give up two goals in 15 minutes is bad time management.”

SF State led both overtime periods with total shots on goal 8-2 and almost won late with a goal from Autumn Fox, but she was called for an offside.

The Gators’ next game is on the road Sept. 8 against Montana State. They will be searching for their first win of the season.

“We need to win,” said senior midfielder Paige Yeider. “Ties are not okay. Every game counts, and we haven’t won a game yet.”